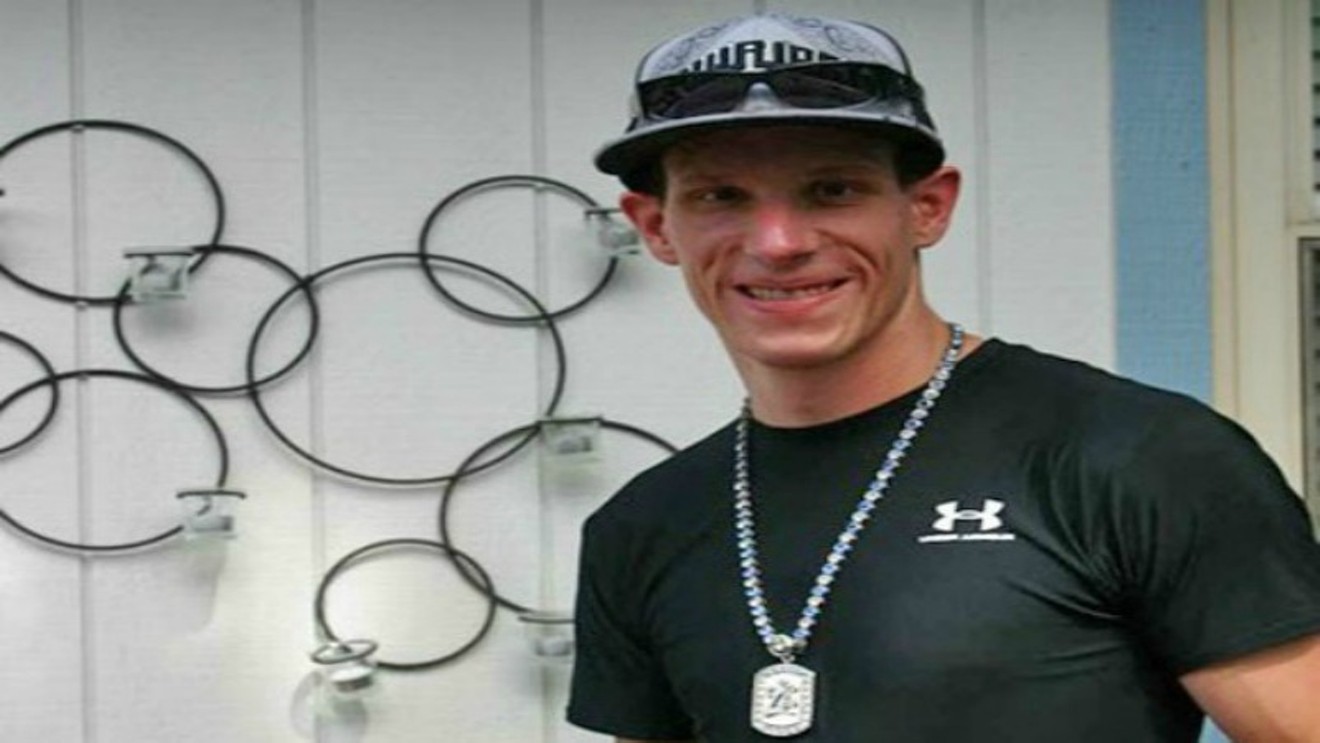 Aaron Tuneberg's family has organized a fund to help at-risk adults live more fulfilling lives. Courtesy of Gale Boonstra
It’s been nearly three years since Aaron Tuneberg, a thirty-year-old with disabilities who was a fixture at Boulder’s Thursday night cruiser bike rides, died following an assault in his apartment.

Luke Pelham, the subject of this week’s cover story, was one of two eighteen-year-olds charged in connection with his death. Pelham, who also has disabilities, was charged with felony murder, a life-without-parole crime, even though both he and his co-defendant insisted that he hadn’t participated in the assault, and none of the victim’s blood or DNA was found on the weapon that prosecutors claimed he used. A new bill seeks to lower the penalty for felony murder in Colorado.

“If I had the chance to change places with Aaron, I would,” Pelham, now 21, told Westword from prison, where he’s serving thirty years as the result of a plea deal. “It’s not fair what happened to him. No one should have their life taken away from them.”

Tuneberg’s mother, Gale Boonstra, says the loss of her son was devastating. In the wake of his death, the family set up Aaron’s Fund, which raises money to help at-risk adults live safer and more fulfilling lives. Boonstra says that because of a lack of funding, her son lingered for nine years on a state waiting list for services for adults with developmental disabilities.

“I am all about honoring my son’s memory by helping people in his situation,” Boonstra says.

Thus far, Aaron’s Fund has supported two projects. One is a program that provides bicycles — which were Tuneberg’s passion — to young adults with disabilities. The program also trains them in bicycle mechanics with the aim of helping them secure jobs at local bike shops.

The other is a three-year project that funds technologies, such as visual doorbells and sensors that can detect when a stove has been left on, that help people with disabilities live independently. Boonstra says the Tuneberg Residential Safety Technology Program helps pay for things that are not covered otherwise. Her hope is that the success of the program will convince the state to make such technologies available to more people with disabilities.

“The current model is, if I’m disabled and I need supervision, you should watch me 24 hours a day,” Boonstra says. “That’s an unsustainable model. There’s not enough money or people.

Melanie Asmar is a staff writer for Westword. She joined the paper in 2009 and has won awards for her stories about education, immigration and epic legal battles. Got a tip? She'd love to hear it.
Contact: Melanie Asmar
Follow:
Facebook: Melanie Asmar
Twitter: @MelanieAsmar