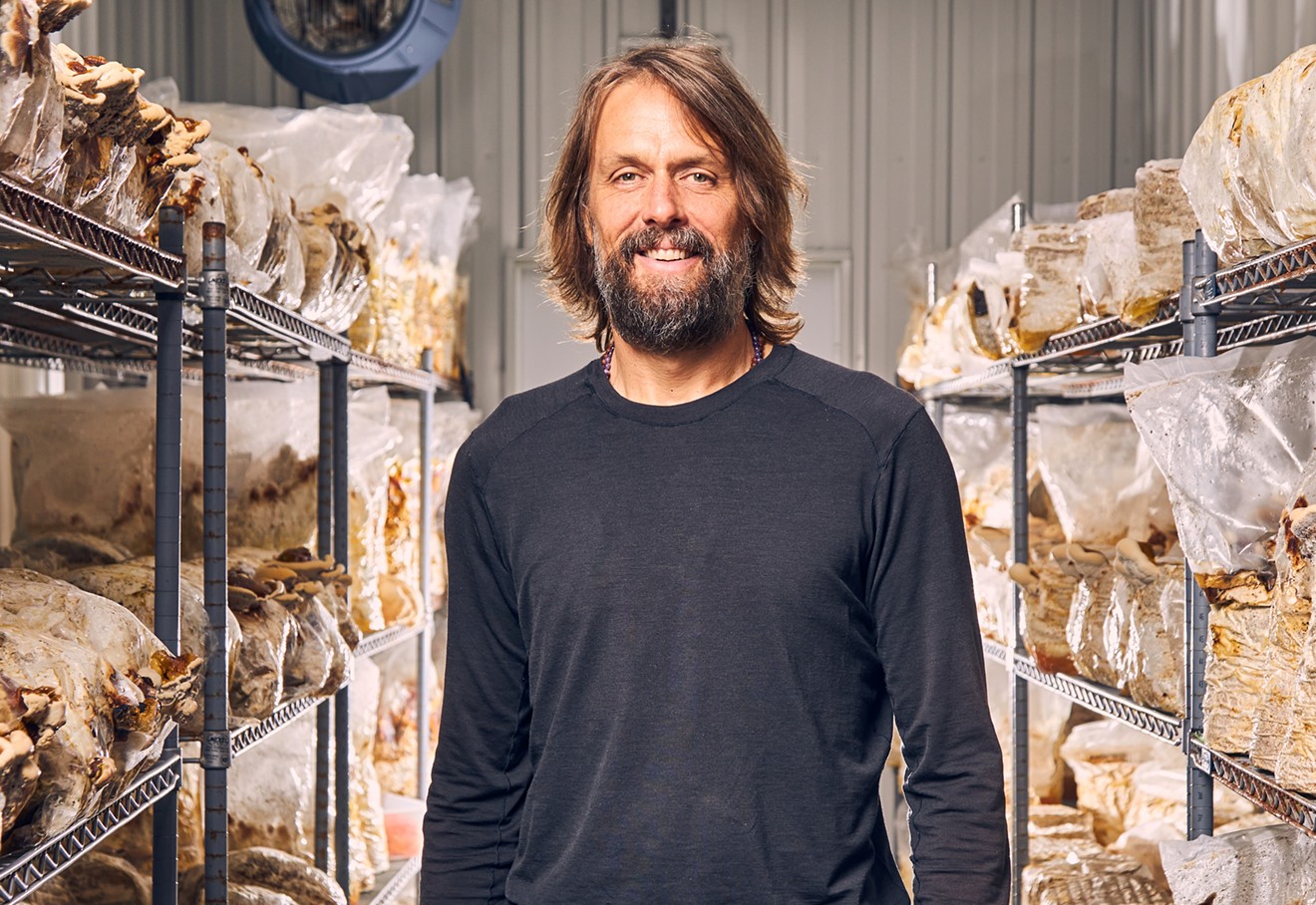 "What I've done and all the studies have shown that from football, it’s not good for your brain," explains Plummer, who says he's found his fountain of youth in what are known as functional mushrooms, non-psychedelic mushrooms with health benefits.

"For me, it’s also almost like a preventative medicine," he adds. "As a preventative, I'm making sure that I don’t even think about what could be, therefore I'm not even creating those thoughts that could become reality."

The "could be" Plummer's not thinking about is chronic traumatic encephalopathy, aka CTE, a degenerative brain disease that has been found post-mortem in the brains of onetime NFL players. "The game did not harm me in any bit," Plummer says, giving credit to functional mushrooms.

Plummer, a longtime Boulder resident who had some of his best playing days as the signal caller for the Broncos from 2003 to 2006, is so passionate about the power of mushrooms that he's now pushing functional mushrooms through a new company called Umbo Mushrooms. He's working with former UFC champion Rashad Evans and Del Jolly, a Longmont-based psychedelic mushroom advocate who co-founded and directs Unlimited Sciences, a nonprofit focused on studying psychedelic use that recently concluded an observational study on psychedelic mushrooms conducted with Johns Hopkins University.

"Mushrooms fall into three groups," says Jolly, adding that gourmet mushrooms are what people typically eat on pizza or grill. Then there are psychedelic mushrooms, such as psilocybin mushrooms, which can have therapeutic mental health benefits. Falling somewhere between those two are functional mushrooms, including lion's mane and reishi, which "aren’t necessarily something that you cook up, but have a lot of interesting compounds that can help with various things," he notes.

Plummer began taking functional mushrooms at the beginning of the pandemic and quickly noticed results. "I felt like I was protected from getting sick," he says. "My immune system was boosted. My allergies went away. I rested better."

Umbo Mushrooms sells its fungi online and in stores like Lucky's Market in Boulder and Fort Collins; the products are mainly in bar form, but also in capsules. Two percent of the proceeds from all sales are earmarked for Unlimited Sciences for further research.

"We believe that functional mushrooms have as much, if not more, potential to help humanity than psilocybin, and that’s coming from me, who is dedicating my life to advancing psilocybin mushrooms and psychedelics as a whole," says Jolly.

In addition to working with Umbo Mushrooms, Plummer recently purchased his own mushroom farm in Fort Lupton and sells mushrooms from that farm to restaurants in Boulder, including Blackbelly Market.

"It’s pretty amazing, again, the chance to just make people think, educate people, to think about a whole entire kingdom that was completely eliminated from our diets," Plummer says.

Never shy to state his opinion during his playing career, in retirement Plummer also promoted the power of Charlotte's Web CBD oil, which is how he linked up with Jolly.

"Really, we were doing it for the mothers," Plummer says. "We were trying to help them get free from the law that was going to persecute them from helping their children live full lives."

The namesake for Charlotte's Web CBD was Charlotte Figi, a child with a rare disorder that caused extreme seizures. Before she passed away in 2020, Figi had become the face of a nationwide movement toward medical marijuana acceptance and CBD use.

On the heels of his CBD advocacy, Plummer is now speaking out about his own experiences with psilocybin mushrooms and attending advocacy meetings. "I've been involved with some of this. I'm not out in the forefront of it," he says.

"The times that I have used it therapeutically, it’s been very mind-opening to the wonder of everything around, just to the wonder of existence and everything around us, how amazing everything is. Like I said, we’re divine beings. We’re searching for this answer to go to heaven to be with God. But maybe we, on Earth, are on heaven and are God ourselves," Plummer continues. "Once you open your mind to that, you really can’t go back to believe much of anything other than 'Wow.'"

"I’m one for the people. I want the people to have their medicine and not go to jail and be able to sleep at night," Plummer says. "I’m obviously involved and lending my voice. It’s just changing the narrative. It’s changing this narrative that was put down with a lot of propaganda around it."
KEEP WESTWORD FREE... Since we started Westword, it has been defined as the free, independent voice of Denver, and we'd like to keep it that way. With local media under siege, it's more important than ever for us to rally support behind funding our local journalism. You can help by participating in our "I Support" program, allowing us to keep offering readers access to our incisive coverage of local news, food and culture with no paywalls.
Make a one-time donation today for as little as $1.