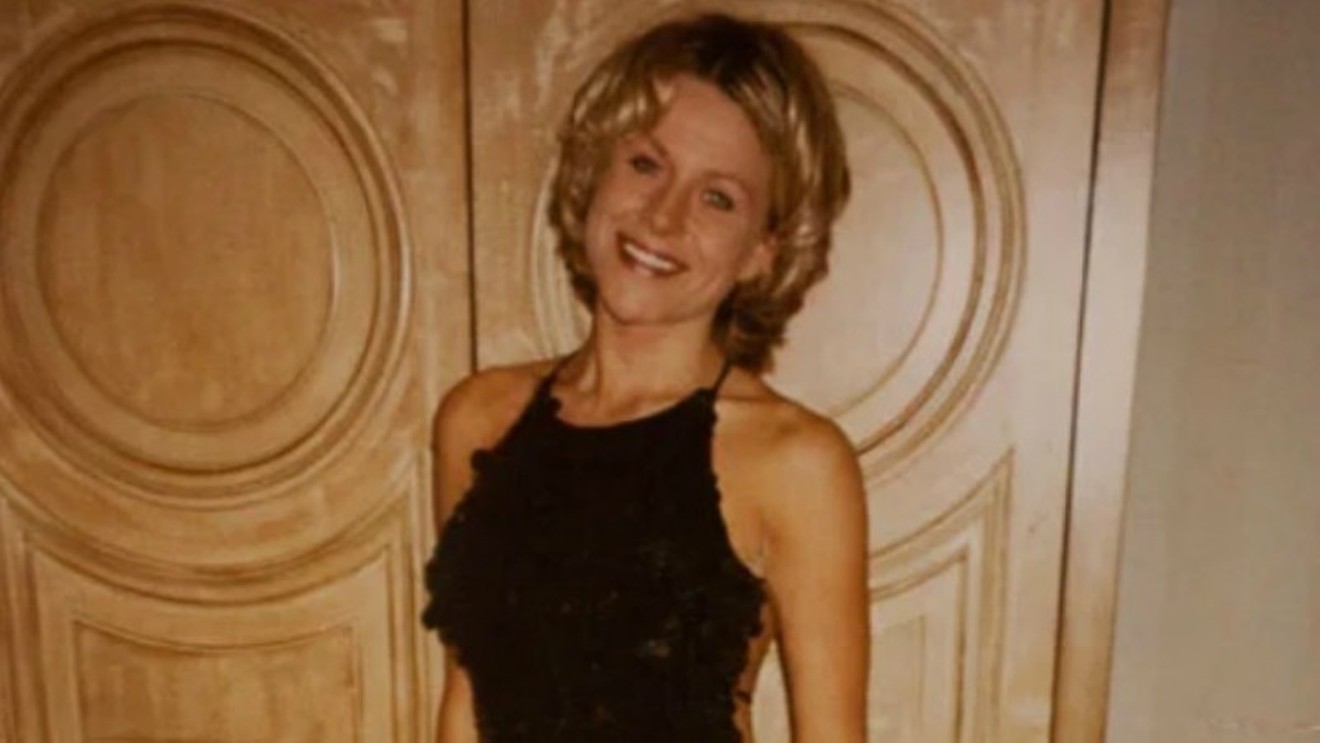 Jennifer Marcum disappeared in 2003. Family photo
On Friday, September 21, NBC's Dateline is set to air "A Deal With the Devil," an episode focusing on Colorado serial killer Scott Kimball. Among the subjects of the program is Jennifer Marcum, a former dancer at Shotgun Willie's whom Kimball has been convicted of killing, but whose remains still have not been found more than fifteen years after she vanished.

A preview of the Dateline episode is shared here. But long before its producers were on the case, Westword was tracing the tragic trajectory of this still-vexing mystery.

"Strip Search," a June 2006 feature article by Luke Turf, is the place to start for information about Marcum's disappearance and the unsettling way in which the matter was neglected for years.

"Nobody wants to talk about Jennifer Marcum," Turf wrote. "Not the girls who stripped with her at Shotgun Willie's. Not the man with whom she was living. Not the men she may have testified against. Not the father of her child. Not her incarcerated ex-boyfriend [Kimball], who was the last man to see her alive. No one except her father and mother."

Indeed, Bob Marcum and Mary Willis, Marcum's parents, were their daughter's strongest advocates. Bob put up a $20,000 reward for information and paid for a billboard that was displayed above Shotgun Willie's. It included the poignant question, "Jennifer, where are you?"

Booking photos of Scott Kimball.
Carbon County Sheriff's Office
As Turf noted, Marcum was born in Denver but grew up in Springfield, Illinois. She subsequently dropped out of high school, got married and moved back to Colorado with her husband, a member of the military. After their divorce, she had a son with another man. In 1999, after she split from him, Marcum took a job as a stripper at Shotgun Willie's to provide for the boy.

Early the next decade, Marcum got involved with Steven Ennis, an ecstasy dealer in Denver and New York (where she also stripped, using the name "Francesca") who'd caught the attention of the Drug Enforcement Administration. Ennis was eventually busted, pleaded guilty and was sentenced to ten years in prison circa October 2002.

The following December, Mary Willis told Turf, she received a call from a hysterical Marcum, who revealed that she'd been beaten up after shifting from stripping to prostitution. Months of couch-surfing followed, and she eventually wound up sharing an apartment in Lakewood with Kimball, who was fresh out of prison. During this period, her son was with his father.

There was a significant connection between Kimball and Ennis. The former was released from prison at the behest of the FBI, for which he became an informant against Ennis. He told the feds Ennis had asked him to kill a witness in the drug case against him.

The billboard that was displayed above Shotgun Willie's.
File photo
After that, Marcum slipped off the radar. When she didn't return calls to her cell phone for months, her parents expressed their concerns to neighborhood police. But given her chaotic lifestyle, they thought it was possible that she simply didn't want to speak with them.

In 2004, they learned the terrible truth: Marcum's car had been found the previous year, and she was missing. According to FBI special agent Nick Vanicelli, who was handling the investigation in 2006, "she dropped off the face of the earth."

Kimball, for his part, met with Marcum's parents in a meeting arranged by the FBI. He insisted she'd been en route to the airport with a suitcase in her hand on February 17, 2003, the last date her whereabouts were known, even though there were no records indicating that she'd ever gotten on a plane.

Here's a preview of the Dateline episode.


At the time of Turf's article, Kimball was back in jail after being implicated in a fraud case.

But while the remains of the other three were located, with Kimball leading investigators to the remains of Emry and his uncle, Marcum's final resting place has never been found.

Today, Kimball, who was sentenced to seventy years behind bars for the slayings, is facing more charges; he's accused of attempted murder and escape from the Sterling Correctional Facility, his current home. He declined to talk to Dateline for tonight's program.

But expect plenty of others to speak for Marcum, who is gone but not forgotten.
KEEP WESTWORD FREE... Since we started Westword, it has been defined as the free, independent voice of Denver, and we'd like to keep it that way. With local media under siege, it's more important than ever for us to rally support behind funding our local journalism. You can help by participating in our "I Support" program, allowing us to keep offering readers access to our incisive coverage of local news, food and culture with no paywalls.
Make a one-time donation today for as little as $1.