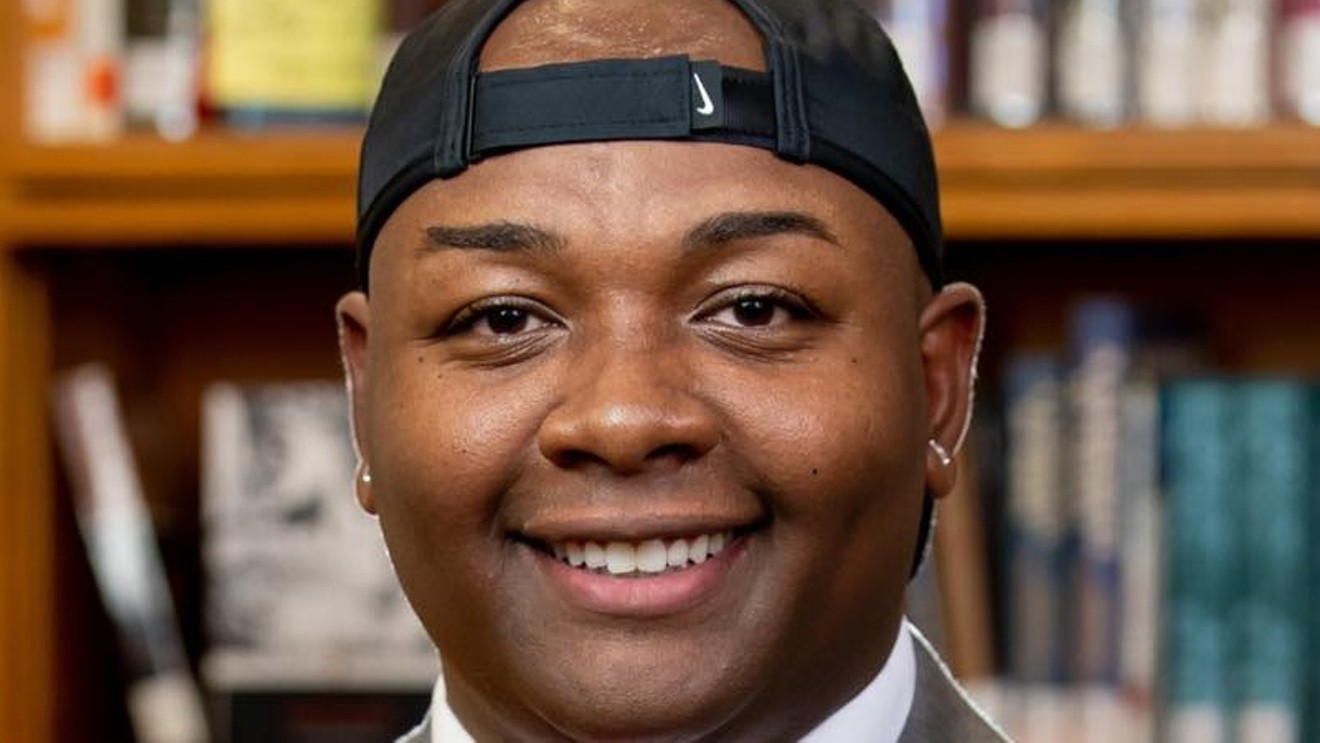 Tay Anderson's official Denver Public Schools Board of Education portrait. Denver Public Schools
On May 26, a lockdown at Northfield High School was prompted by what the Denver Police Department dubbed a "suspicious occurrence" — the sighting of a weapon just two days after the massacre at Robb Elementary in Uvalde, Texas. The item in question turned out to be a paintball gun; the lockdown was soon lifted, and two students were taken into custody, then released.

Even before this incident, conversations about Northfield had been circulating on social media and the Colorado Politics website regarding a very different issue — comments shared on and later deleted from Facebook by Denver Public Schools Board of Education Vice President Tay Anderson. At the Northfield graduation ceremony last Sunday, May 22, Anderson wrote that numerous students refused to shake his hand, and one responded to his presence with the phrase "Fuck you."

In the Facebook post, Anderson, who is Black, specifically identified the profanity-using student as white and asserted, "I still believe Denver Public Schools is better than endorsing this reckless behavior with their silence."

Melinda Pearson, a communications specialist at Northfield, subsequently reached out to students who received their diplomas that day. "It has come to our attention that some of our students chose not to shake Tay Anderson's hand at graduation. In his social media accounts, he is depicting this as a racist act," she wrote. "We would like to hear from students who didn't shake hands with him as to what your thoughts and experiences were during that time period. If you didn't shake Director Anderson's hand, why didn't you? And if the student who apparently muttered "F*&^ You' to him in passing has anything to share about it, we would like to hear that as well. It seems like there are nuances to these incidents that may be being represented in social media."

Pearson added: "As young adults and high school graduates, you are already getting a taste of real world challenges."

Denver Public Schools has not offered a comment in response to a Westword request; Pearson confirms the authenticity of her message to students, but declines to comment further.

On May 25, Jimmy Sengenberger, a KNUS radio host, penned an opinion piece for Colorado Politics about Anderson's depiction of the graduation. Sengenberger, who's criticized Anderson frequently in the past, suggested that the boardmember was playing the victim by implying that the students' reactions were motivated by racial animus rather than allegations of sexual misconduct that arose last year. An independent report from the Investigations Law Group found no evidence to support the claims against Anderson, but did point out some inappropriate behavior.

"Recall Sept. 20, 2021, when more than 1,000 students walked out of every DPS high school to protest Anderson, including Northfield," Sengenberger wrote. "Students from several schools marched to district headquarters, calling for his resignation. The students argued that the decision by Anderson’s colleagues to censure him for 'behavior unbecoming a board member' was insufficient." 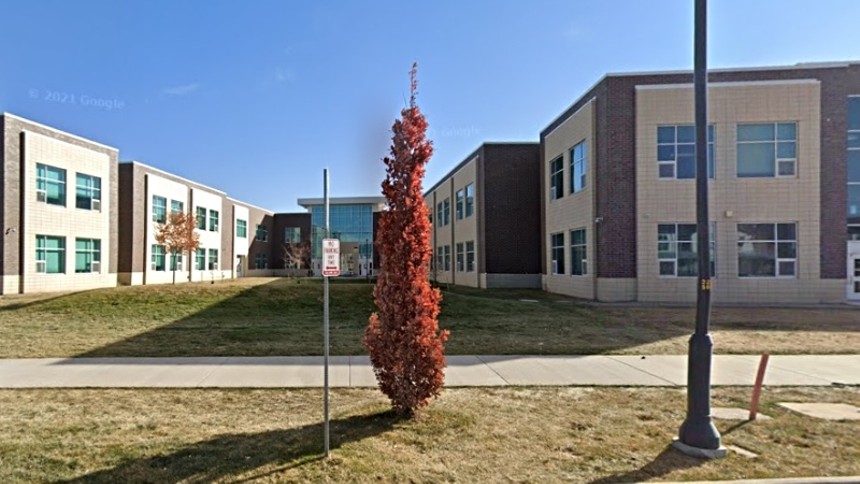 Northfield High School is located at 5500 Central Park Boulevard in Denver.
Google Maps
Anderson says that he deleted his Facebook post "to ensure I was able to take the dialogue offline and communicate with the district and school my feelings on this incident, it wasn’t productive to have this discussion on social media."

He stresses that "I am not offended by individuals electing not to shake my hand at the Northfield High School commencement ceremony. But I was offended by a student approaching me using expletives after receiving his diploma."

On Facebook, he continues, "I did not comment on the lack of handshaking. I commented on the words of this white male student and how this action is an example of the anti-Blackness that the students at Dr. Martin Luther King Early College called out at our most recent School Board meeting, citing the ongoing retaliation to the sole Black male on the Denver School Board. Our country has a problematic history related to Black men and false allegations made against them."

As for the responses his post received, Anderson acknowledges that "I have read some of the reasonings why people elected not to shake my hand, and some are based on the way I wear my hat, my involvement in the Central Park name change, and unsubstantiated allegations made by a singular white woman whose claims were debunked in the ILG report. It is important to note that Northfield is the only school to date to refuse to shake my hand at a commencement ceremony. Unfortunately, individuals are still clearly miseducated by the attempted lynching of 2021. The allegations were unsubstantiated, no charges were pressed, and even after this attempted lynching, I was elevated to the position of vice president by a majority of the Denver School Board in November of 2021."

Right now, Anderson says, his focus is "on finishing my first term in office and being the best father I can be to my one-year-old son. I have made myself available for restorative justice conversations with anyone impacted since September of 2021. Only one school has taken me up on that offer; other schools, like Northfield, have stated that it is unnecessary. I still leave that invitation on the table for anyone that wishes to partake in it and is open to learning the facts instead of regurgitating right-wing internet talking points.

"I am celebrating life," he continues. "One year ago, on Friday, I attempted to take my own life due to these allegations — not because I was guilty, but because at that time, I could not take on the weight of our DPS community believing these lies. But through my faith in God and a family that loves me, I am still here standing and serving the students of the Denver Public Schools. In the spirit of Maya Angelou, 'You may write me down in history with your bitter, twisted lies, you may trod me in the very dirt. But still, like dust, I'll rise.'"

According to Anderson, several Northfield students also refused to shake hands with Michelle Quattlebaum, "the only Black woman on the board." Still, he sees reasons for hope: "Out of 270-plus graduates, only about thirty elected not to shake my hand. The majority of the class shook my hand." And days later, he says, while he was shopping at a local King Soopers with his mother, "a DPS graduate — a Black male — came up to us and said, 'Are you Tay Anderson? I didn't get to shake your hand at graduation and would like to. Thank you for coming.'"
KEEP WESTWORD FREE... Since we started Westword, it has been defined as the free, independent voice of Denver, and we'd like to keep it that way. With local media under siege, it's more important than ever for us to rally support behind funding our local journalism. You can help by participating in our "I Support" program, allowing us to keep offering readers access to our incisive coverage of local news, food and culture with no paywalls.
Make a one-time donation today for as little as $1.