Dude Who Fought "Suns in 4" Guy Ready for Rematch 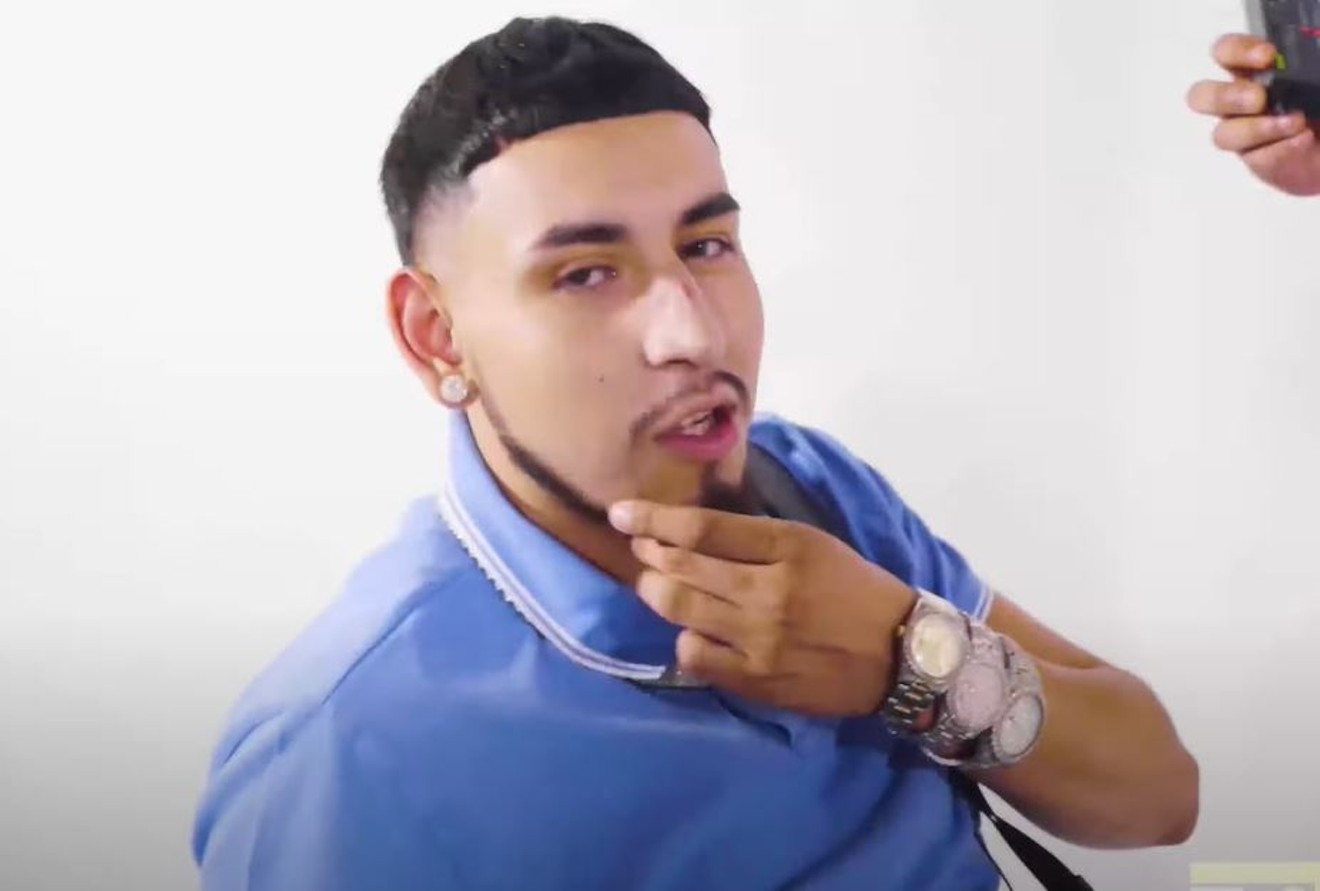 Marty wants to meet up with the "Suns in 4" guy again. YouTube
The diamond-sporting Nuggets fan who got into a fight on June 11 at Ball Arena that was captured in the viral "Suns in 4" video wants a rematch.

"I would be down to do it. He didn’t get me. Everyone thinks he got me," says the 23-year-old Colorado native who identifies himself only as Marty.

Suns fan Nick McKellar went viral himself after his alteraction with Marty during Game 3 of the four-game sweep of the Denver Nuggets by the Phoenix Suns was caught by fans on video.

As Marty recalls it, McKellar was talking trash about the Denver team and Marty took issue with that. "I love the Nuggets," Marty says. So he took out a wad of cash and asked McKellar to place a bet on the next game in the series. Then Marty escalated the interaction.

One of the videos shows Marty, standing and clad in a Jamal Murray jersey, pouring beer on the head of the seated McKellar, who was wearing a Steve Nash Suns jersey. 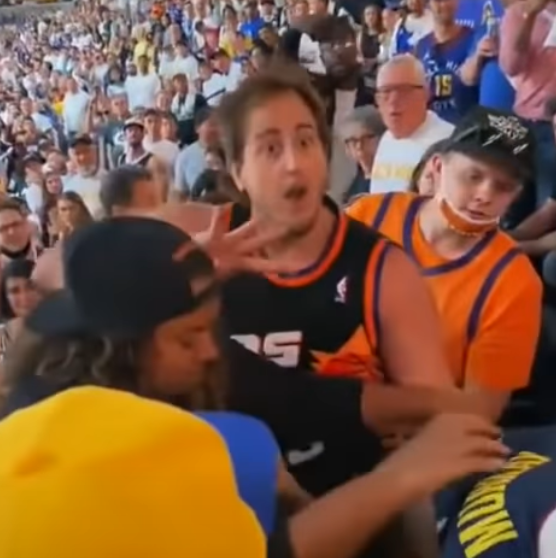 Nick McKellar held up four fingers after roughing up Marty and yelled "Suns in four!"
YouTube
McKellar, who said in a recent interview that he's a "Phoenix fan that's been living in Denver for ten years," stood up and grabbed Marty by his diamond necklace and yanked him down, scratching Marty's nose.

Marty's friend, also wearing a Jamal Murray jersey, tried to separate the two. During a split second of peace, Marty put the wad of cash back into his pocket. He then sucker-punched McKellar, who grabbed Marty by the chain with his left hand and started pounding on Marty's head with his right. Marty found himself trapped by his own diamond chain.

"My chain...you have to take it off. It doesn’t just go over my head," Marty explains.

Marty's friend tried to push McKellar off Marty, only to end up on the receiving end of a McKellar punch. When McKellar and Marty finally detached, McKellar held up four fingers and yelled, "Suns in four!"

McKellar's vigorous proclamation that the Suns would win the series against the Nuggets in four games — which the Suns, now playing in the Western Conference Finals, ended up doing — made him into an online celebrity. McKellar has started a Cameo page so that Suns fans can have McKellar wish a friend a happy birthday or offer some other salutation for $44 a video. Barstool Sports also interviewed McKellar and started co-selling "Suns in 4" shirts with him.

And when Suns star Devin Booker found out about McKellar's altercation with Marty, Booker had a representative get in touch with McKellar and flew him in for Game 1 of the Suns series against the Los Angeles Clippers.
.

As McKellar's celebrity grew, Marty decided to tell his side of things. He says he's now in touch with Barstool Sports himself, and plans to ask for a rematch bout.

Marty admits that he probably would have been talking just as much trash had the roles been reversed. "I was trying to back up the Nugs," he explains. "He was talking shit about my team, so I was pissed. But I get it."

When Marty first saw a video of McKellar yelling "Suns in 4," he cracked up. "It’s funny, bro," Marty says.

One of the most notable aspects of Marty's appearance in the videos that have circulated online is the diamond jewelry that he was wearing at the game. In a June 16 video, McKellar said that Marty's jewelry was "clearly fake as fuck jewelry."

Those were fighting words, and Marty's pushing back.  In a June 19 YouTube interview conducted by Denver rapper JT Runnin Man, Marty and his interviewer tested the jewelry, and all the diamonds were off the charts on the electronic diamond tester. While speaking with Westword, Marty tested his jewelry again, so that the diamond tester beeped into the phone.

But if there's a rematch between Marty and McKellar, Marty plans to leave his bling at home. "You get in the ring, then there's nothing to say, you know? There's no chain pulling, there's none of that," Marty says.

Despite the trash talk, Marty insists he has "no hard feelings" against McKeller, or any of his online haters — although they're the reason he declines to give his last name or any more personal details.

"You must be doing something right to have all these haters," he concludes.
KEEP WESTWORD FREE... Since we started Westword, it has been defined as the free, independent voice of Denver, and we'd like to keep it that way. With local media under siege, it's more important than ever for us to rally support behind funding our local journalism. You can help by participating in our "I Support" program, allowing us to keep offering readers access to our incisive coverage of local news, food and culture with no paywalls.
Make a one-time donation today for as little as $1.