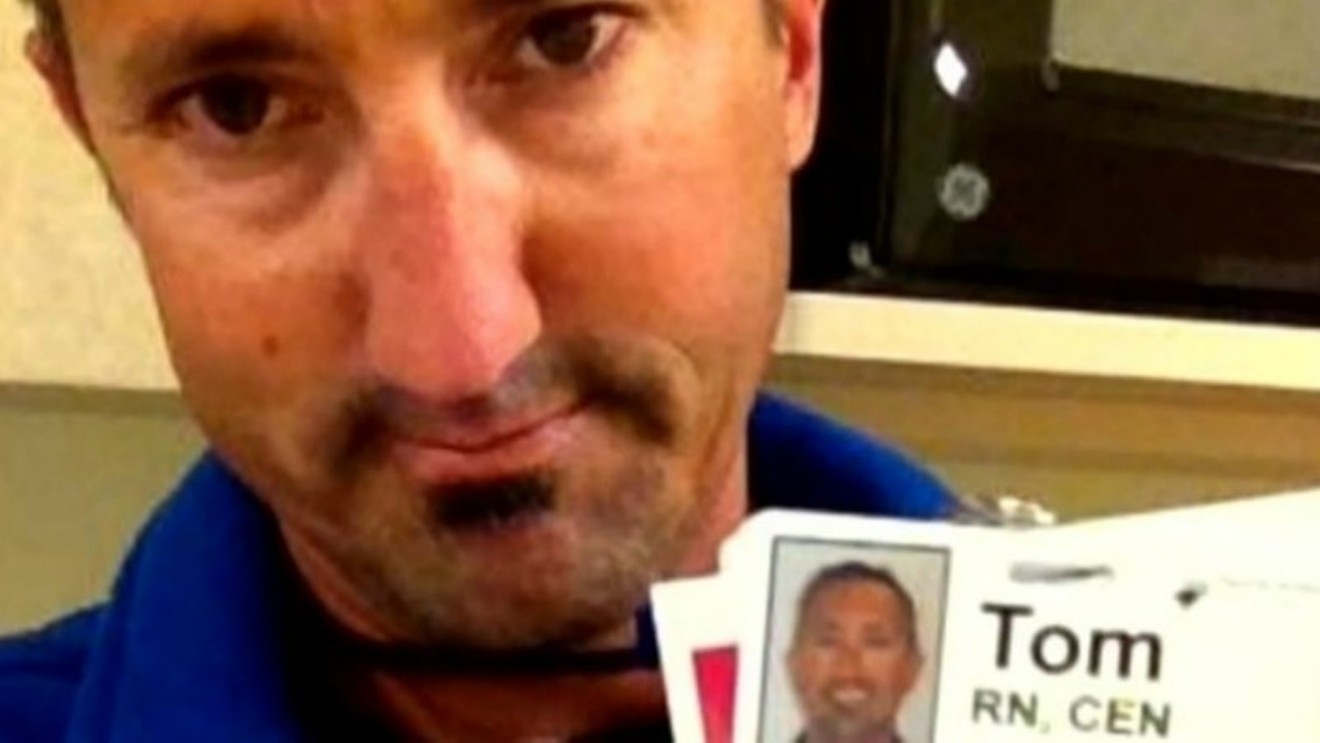 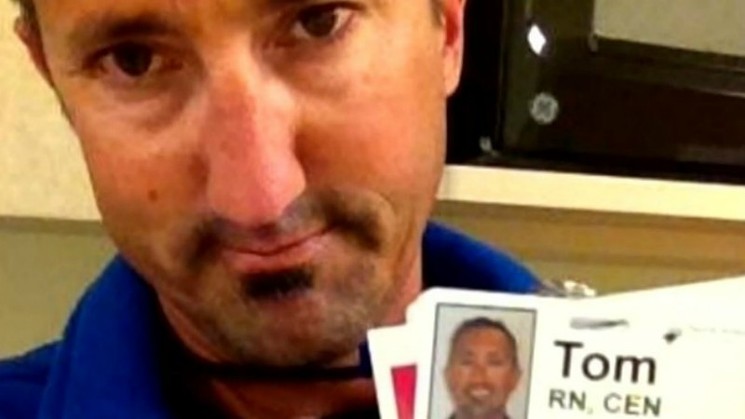 Tom Moore showing off his nurse's identification card.
CBS4 file photo
In 2016, as we've reported, at least eleven women accused nurse Tom Moore of improperly touching them while he was supposed to be providing medical care. Now he's been given a twelve-year sentence for unlawful sexual contact in the 17th Judicial District, to run concurrently with a dozen-year jolt previously doled out in Weld County. But according to one of Moore's multiple arrest affidavits, the amount of time he's been ordered to serve is only a little longer than the decade during which he allegedly used his profession as a means to violate one female victim after another.

The affidavit, issued in Weld County, is accessible below. According to the document, a Greeley police officer saw a January 2015 article about Moore's arrest in Fort Collins for inappropriately touching a patient — and the nurse's name rang a bell.

The officer recalled a case he investigated back in August 2005, when a victim said she'd gone to the North Colorado Medical Center to receive treatment for a wound to her leg. She told police that Moore had touched her vagina during the time he'd treated her in the emergency room — but law enforcers were said to have been "unable to substantiate the victim's claims at the time of the investigation."

The next time Moore popped up in Weld County records was August 2014, when a woman said she'd gone to the University of Colorado Health emergency room in Greeley for treatment of abdominal pain. Shortly thereafter, she said, Moore "tried to grope her breasts while he was treating her." In the end, though, the woman decided not to pursue charges against the nurse. 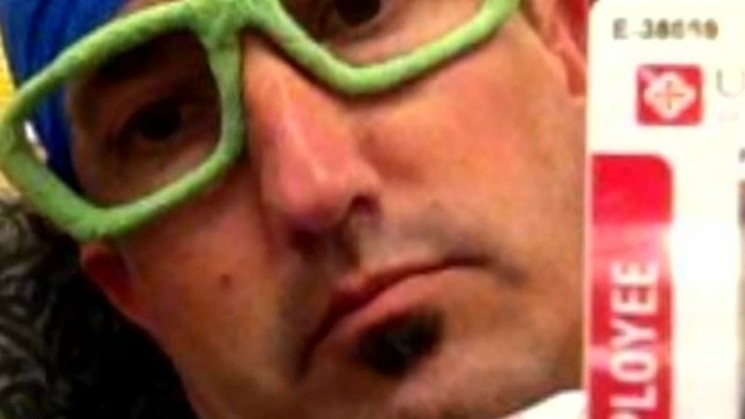 Another photo of Tom Moore on the job.
CBS4 file photo
The officer shared this information with a detective at Fort Collins Police Services, and in exchange, the FoCo cop provided him details about his own case; Moore allegedly kissed the breasts and neck of a woman under the influence of morphine, then told her, "I'll find you, sweetie," at the time of her discharge. A couple of months later, he sent her a Facebook friend request.

The detective also gave the Greeley officer the names of several other victims who'd come forward to report being victimized in Weld County, including a woman who'd had the misfortune of encountering Moore not once, but twice.

The latter victim noted that Moore had been her nurse when she'd been a patient at Lexington Regional Health Center in Lexington, Nebraska, less than a four-hour drive to Scottsbluff, where another complaint had been filed against him. When she went to UC Health in Greeley, she saw him again and they briefly discussed their previous interaction, which had gone without incident.

The second time around was different. Moore administered morphine and Dilaudid to the woman, after which he began rubbing her shoulders — though the affidavit states that he'd stop whenever anyone else walked past. But as she began to slip in and out of consciousness, she realized that he had moved past her shoulders and into her hospital gown to rub and cup her breasts. 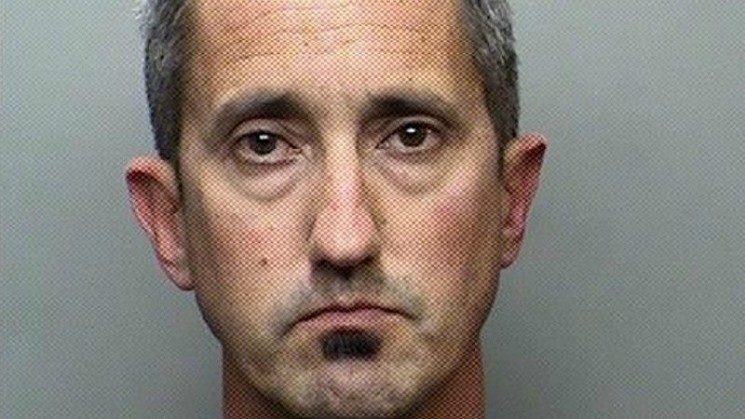 A mug shot of Tom Moore.
Fort Collins Police Services
More accounts like this follow, with most of the women revealing that they'd decided to come forward with a complaint about Moore after being encouraged to do so by police.

Last October, Moore admitted his guilt in regard to two patients in Weld County as part of a plea deal that netted the aforementioned twelve-year sentence.

The pattern was recently repeated in the 17th Judicial District. Moore acknowledged that in November 2015, he'd fondled a woman under heavy sedation for a migraine headache at North Suburban Medical Center.

Because Moore will serve both of his sentences at the same time, there remains the possibility that he'll be released before the end of all twelve years. If so, he may spend less time behind bars than he did unlawfully contacting women at medical centers throughout the region.

Click to read the Tom Moore affidavit from Weld County.