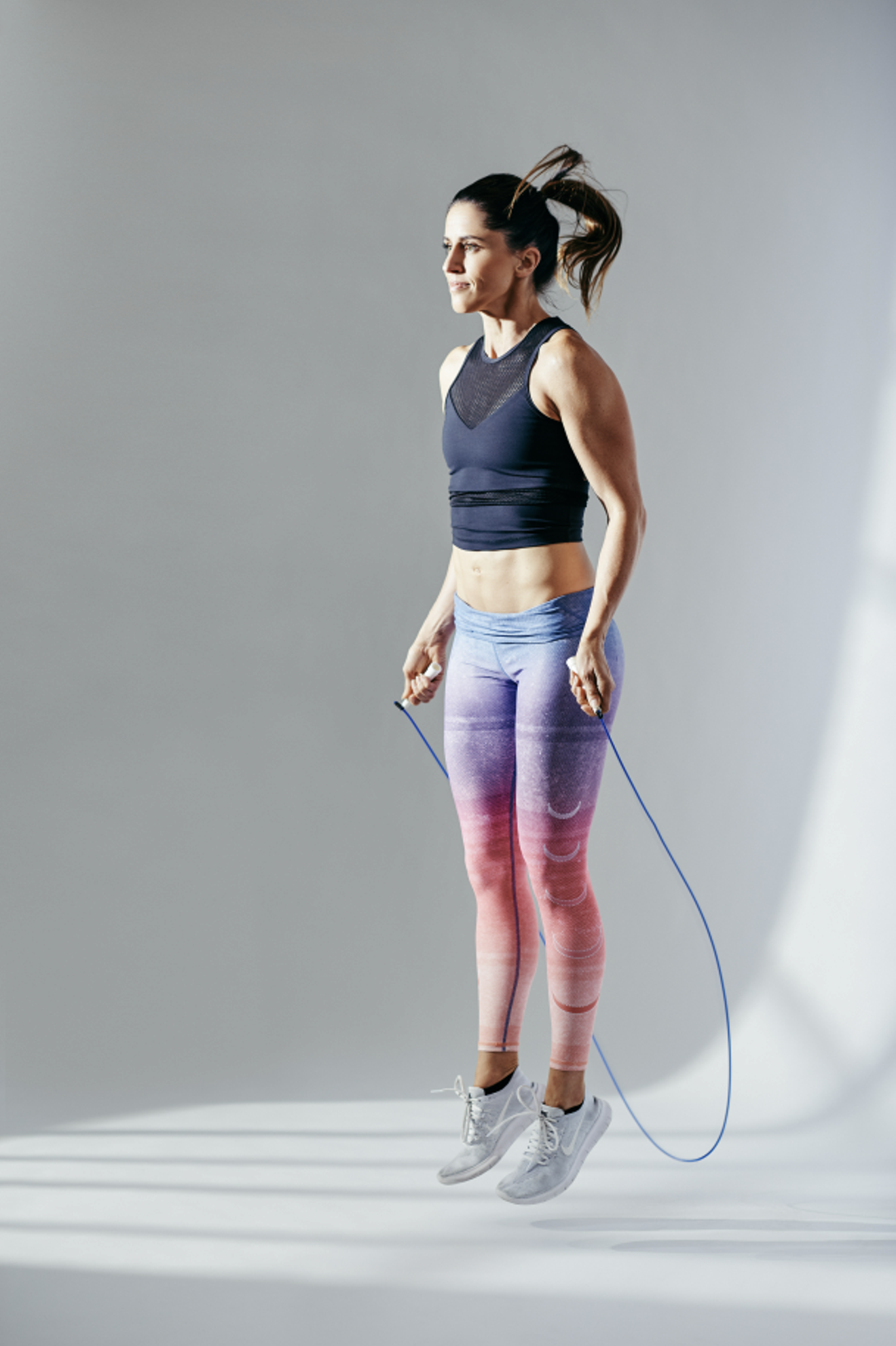 Molly Metz still coaches jump rope. Courtesy Innovation Race
Molly Metz, a successful competitive jump roper, was injured in a 2007 car crash. As she worked her way back to fighting form, she decided that the standard jump rope could be improved — never imagining that her invention would entangle her in legal cases.

The innovation was relatively simple: Metz found that by attaching pivoting eyes to the end of the handles of a jump rope, she could decrease the degree of rotation, helping the rope spin faster.

“I wasn't making it for commercial use,” she recalls. “It was just for me, but evidently, it was so cool that my jump-rope world was like, ‘Holy cow, can you make us these?’”

She could. Eventually, she grew beyond making ropes for friends and founded the company JumpNRope. She applied for patents for her design, and after spending $30,000, she was granted two patents, in 2010 and 2012. Today she manufactures the jump ropes at CrossFit Untapped, the gym she owns in Louisville, where she also coaches young jump ropers.

But while Metz thought she had taken the appropriate steps to license and sell her product, her business soon stumbled. An acquaintance who'd bought ropes from Metz shipped the design to India and had it reproduced there. Soon, versions of Metz’s ropes were being sold in India, then the United States, all without her consent or knowledge.

“That was my first taste of having my content being stolen, and it's just gross,” Metz recalls.

After that, she says, many other outfits, including a large CrossFit company based in Ohio, Rogue Fitness, started selling ropes based on Metz’s technology. In 2015, she decided to sell her gym and devote her time to making sure those companies stopped infringing on her patent.

With the help of an attorney, she worked her way up the chain of companies using her technology, starting with smaller retailers on Amazon and then moving on to larger CrossFit companies. Though Metz had to sue a few businesses along the way, by 2018 everyone but Rogue had a licensing agreement with JumpNRope. In 2020, she took back possession of her gym.

In fact, she adds, she almost had one with Rogue, but company officials backed out, telling her that they planned to sell the product without licensing it and that she could fight them in court. (Rogue did not respond to requests for comment.)

“That's hard, you know, you're watching your invention and your life's work being sold, and they're getting all the credit, all the money,” Metz recalls. “I had to make that decision. … I have to get help. I have to fight these guys. It's gonna be huge. Taking down Rogue is not easy. It's like the little tech guy taking down Google."

Metz began preparing for battle, but before the case could go to trial, Rogue petitioned the U.S. Patent and Trademark Office to conduct an inter-partes review. Rather than having to prove that it hadn't infringed on Metz’s patent, the company decided to argue that she shouldn’t have had the patent granted in the first place.

The review went to the Patent Trial and Appeal Board, established in 2011 when Congress passed the Leahy-Smith America Invents Act. Metz had thought the PTAB would rule in her favor because Rogue had failed to provide art that would show someone else had thought of the invention first; she didn't know the PTAB has invalidated 84 percent of the patents it’s reviewed since 2011. And it ruled that Metz’s patents were invalid because her innovation was too obvious.

“I'm watching this with my husband and my attorney, and we're kind of laughing because this is like really embarrassing for Rogue,” she says. “We're like, this is a no-brainer, right? Our patents are totally valid. They're throwing all this mud at the wall. But three months later, we get the decision back from the judges, and they have invalidated both my patents and all my claims.”

Metz appealed the ruling to the U.S. Court of Appeals for the Federal Circuit, which affirmed the PTAB’s decision in October 2021. By then, Metz had spent over $500,000 fighting for her patents. On top of that, she'd lost her previous licensing deals because the technology was no longer proprietary.

“What happened is I got in bed for like a week, and then I got online and we started researching everything,” she says. “I started reaching out to other attorneys and authors on this topic.”

She found US Inventor, a nonprofit organization based in Washington, D.C., that's dedicated to reversing the effects of the America Invents Act on small businesses and individual inventors. Through US Inventor, Metz met many others who said they'd had their inventions stolen by big companies with PTAB's blessing. The group meets every Wednesday over Zoom.

“I realized that they were hard to find because, I will say, 80 percent of them are too depressed, in hiding and not talking about it,” she says. “Because it's humiliating. It's defeating. It's confusing. ... But I can't operate that way. I can't be angry every day, and so we just have to find a way to fix it.”

Today, Metz is an advocate for patent reform, lobbying Congress to take up bills to fix the unfairness of the system. “When I found out that there was more like me, I had no choice,” she says, mentioning a fellow inventor with multiple sclerosis who had his patent for a tool that cleans debris out of drains invalidated by the PTAB. “It's just stories like that that keep me picking up the phone.”

And she's not alone in the fight.

"Congress should correct the defects in patent office proceedings it created in 2011 in the America Invents Act," says Paul Michel, a former federal circuit judge who advocates for better patent protections in his retirement. "They allow duplicative challenges to a patent, gang tackling, including by those not charged with violating the patent, and apply a lower standard of proof than in court. The result is to drain the finances of small businesses defending their patents, often adding years of delay in their attempt to get justice."

Metz is working to publicize the issue so that others aren't blindsided by PTAB decisions or other patent infringements. She was a subject of the podcast Innovation Race, created by Tea Party Patriots Action; she plays a small role in the documentary bearing the same name. The film warns that China will soon overtake America’s global economic prominence, in part because its patent system favors inventors in a way that the American patent system no longer does.

“Even though people may not have patents, people have ideas and people might one day turn their idea into wanting to get a patent," she says. "And I want them to understand that our system is kind of anti-patent right now."

Molly Metz will host a screening of Innovation Race at 7:30 p.m. Wednesday, November 16, at Century Boulder, 1700 29th Street in Boulder. Tickets are $15; find out more here.
KEEP WESTWORD FREE... Since we started Westword, it has been defined as the free, independent voice of Denver, and we'd like to keep it that way. With local media under siege, it's more important than ever for us to rally support behind funding our local journalism. You can help by participating in our "I Support" program, allowing us to keep offering readers access to our incisive coverage of local news, food and culture with no paywalls.
Make a one-time donation today for as little as $1.