Ten Memorable Movies Set in Colorado but Not Filmed Here 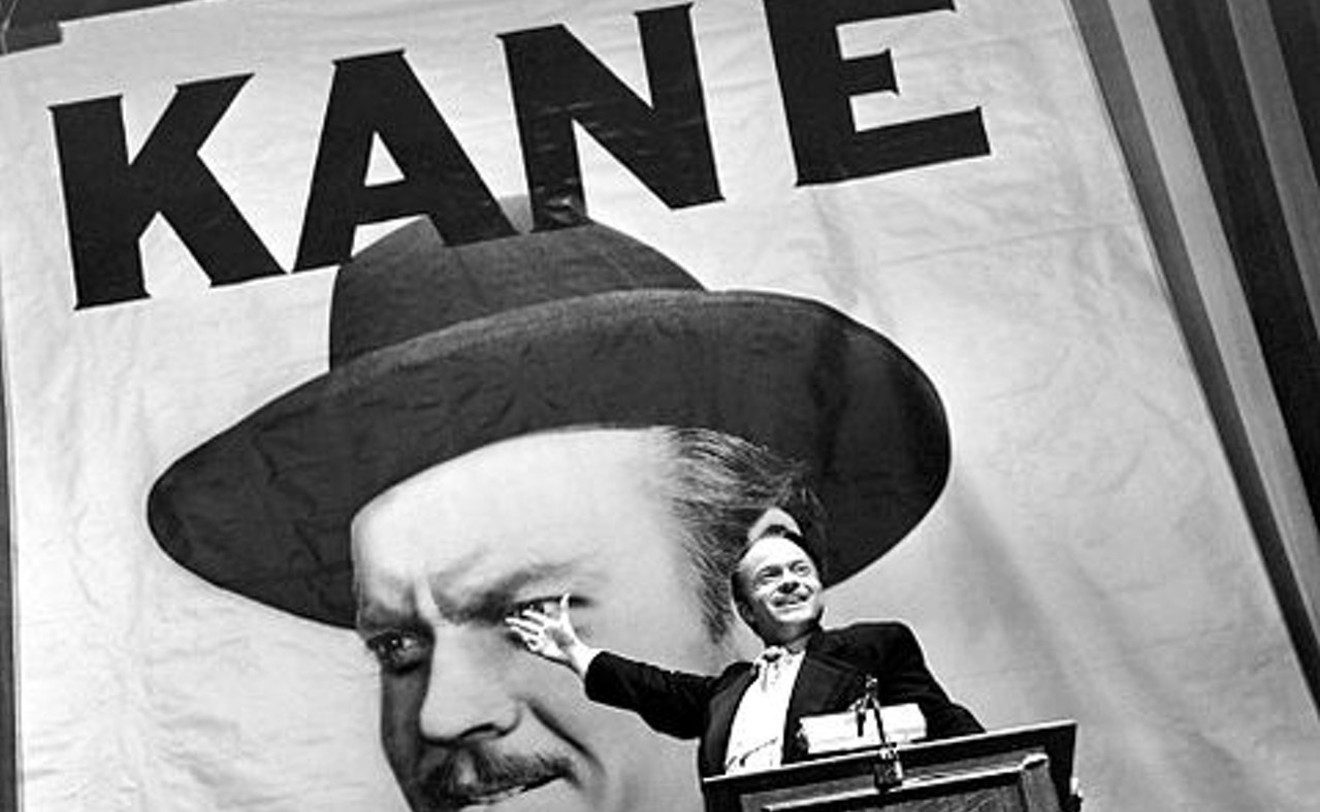 Orson Welles' 1941 film, Citizen Kane. Wikimedia Commons / Original property rights owner RKO Radio Pictures
Yesterday, we shared our picks for the ten best movies filmed in Colorado. Today, we have a twist — a top-ten countdown of movies set at least partly in Colorado, but not filmed here. At all.

We're using the word "memorable" instead of "best" for a reason: While some of these flicks are great, others range from "Meh" to "Damn my eyes!" But all of them will stick in your mind, even if the supposedly local scenery isn't so local. Check out all ten below, complete with posters, actual locations and descriptions courtesy of IMDB.

IMDB description: "Two brothers travel to Germany for Oktoberfest, only to stumble upon secret, centuries-old competition described as a 'Fight Club' with beer games."

IMDB description: "When a small Colorado town is overrun by the flesh hungry dead a small group of survivors try to escape in a last ditch effort to stay alive."

IMDB description: "From out of the sky, Soviet, Nicaraguan, and Cuban troops begin landing on the football field of a Colorado high school. In seconds, the paratroopers have attacked the school and sent a group of teenagers fleeing into the mountains. Armed only with hunting rifles, pistols, and bows and arrows, the teens struggle to survive the bitter winter and the Soviet KGB patrols hunting for them. Eventually, trouble arises when they kill a group of Soviet soldiers on patrol in the highlands. Soon they will wage their own guerrilla warfare against the invading Soviet troops-under the banner of 'Wolverines!'"

IMDB description: "Nicky and Tacy are going to be married. Nicky wants to save up money for a house, but Tacy dreams of starting off with their own home on wheels—a trailer. After the two are hitched, they hitch up their trailer and begin their honeymoon. The humor comes from several disastrous adventures the couple has while traveling including Tacy's awkward attempt to cook dinner in a moving trailer, and a cliffhanging ride through the mountains that nearly destroys their marriage."

IMDB description: "A mountain man who wishes to live the life of a hermit becomes the unwilling object of a long vendetta by Indians when he proves to be the match of their warriors in one-to-one combat on the early frontier."

IMDB description: "After a card shark is caught cheating, he is taken out and lynched by the drunkards he was playing against. Soon afterwards, the men who were in the lynch mob start being murdered, one after another; all by hanging. Who will be killed next and who is responsible? Is it one of the original party seeking to cover their accursed deed, or perhaps the mysterious Rev. Jonathan Rudd, who has recently arrived in town?"

IMDB description: "The classic stage hit gets the Hollywood treatment in the story of Elwood P. Dowd who makes friends with a spirit taking the form of a human-sized rabbit named Harvey that only he sees (and a few privileged others on occasion also.) After his sister tries to commit him to a mental institution, a comedy of errors ensues. Elwood and Harvey become the catalysts for a family mending its wounds and for romance blossoming in unexpected places."

IMDB description: "McCullough is 'passing through on my way to Australia' when he takes a job in a gold rush town. After a startling display of marksmanship he immediately arrests the youngest son of the evil landowner (Danby). A battle of hired guns begins as McCullough continues to tame the town and defeat the gunslingers with a combination of skill and wit."

IMDB description: "In the year 3000, humanity is no match for the Psychlos, a greedy, manipulative race on a quest for ultimate profit. Led by the seductive and powerful Terl, the Psychlos are stripping Earth of its resources, using the broken remnants of humanity as slaves. What is left of the human race has reverted to a primitive state, believing the invaders to be demons and technology to be evil. After humanity has all but given up any hope of freeing themselves from alien oppression, a young man named Tyler decides to leave his desolate home high in the Rocky Mountains to discover the truth, whereupon he is captured and enslaved. It is then that he decides to fight back, leading his fellow man in one final struggle for freedom."

IMDB description: "A group of reporters who are trying to decipher the last word ever spoke by Charles Foster Kane, the millionaire newspaper tycoon: 'Rosebud.' The film begins with a news reel detailing Kane's life for the masses, and then from there, we are shown flashbacks from Kane's life. As the reporters investigate further, the viewers see a display of a fascinating man's rise to fame, and how he eventually fell off the 'top of the world.'"