RTD: No, Pythons Are Not Service Animals iStock/SDecha
In mid-September, a man with a python slung around his neck walked onto a Regional Transportation District bus. "This is my comfort-service animal," he said, RTD officials report.

The albino python may have comforted the man, but it definitely discomforted other passengers...and it wasn't an actual service animal. According to RTD, similar incidents happen several times a month on its lines, which is why the agency has started a campaign to clarify what qualifies as a service animal.

A service animal, as defined by the ADA, is a dog "that has been individually trained to do work or perform tasks for an individual with a disability. The task(s) performed by the dog must be directly related to the person's disability." Although not included in this definition, miniature horses are also considered legitimate service animals, though they're a rarer sight on RTD lines. 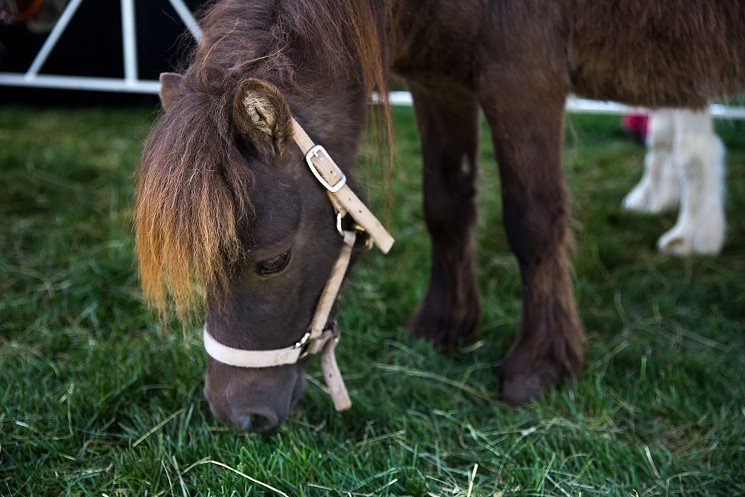 A miniature horse, if trained to perform a specific service related to a disability, qualifies as a service animal.
Danielle Lirette
But even if a rider has a dog or a miniature horse along for the ride, it doesn't qualify as a service animal unless it is specifically trained to perform a task for an individual with a disability. The vast majority of the animal complaints that RTD deals with stem from dogs whose owners insist they qualify when they don't.

"People just take their dogs everywhere and say it’s a service dog. Sometimes they lunge at legitimate service animals or even try and fight or snap, and that’s a huge issue for people who have a legitimate service animal, because you can actually wreck that dog’s training," says Julie Reiskin, executive director of the Colorado Cross-Disability Coalition.

Dogs aren't the only problem. RTD has dealt with numerous snake situations; there have also been issues with large spiders and even parrots.

In mid-September, an RTD bus stopped to pick up a woman in a wheelchair. She had a parrot on her shoulder. The bird had already defecated on her shoulder and backpack. According to RTD officials, the bus driver told the woman, "No, you can’t bring that parrot on board," to which she responded, "This is my service animal."

After she got on the bus, the parrot, which was not an ADA-approved service animal, began to defecate on the floor. "That's unsafe and unhealthy in a lot of different ways. We are watching for that now," says Neuberg. 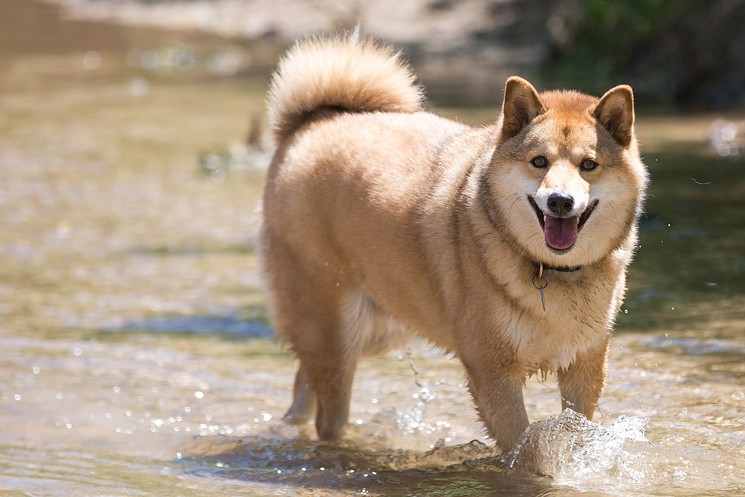 To qualify as a service animal, a dog has to be trained to perform a service for a person with a disability.
Danielle Lirette
"When people take it on themselves to do whatever they want, it creates some problems for people who really need a service animal. People who have legitimate animals are scrutinized. All they want to do is partake in public life, and they’re not able to. They’re harassed," says Neuberg.

If a legitimate service animal gets too rowdy or aggressive on a bus or train, drivers can use their discretion as to whether the rider and animal should be kicked off. "Even if it’s a service animal, if it’s not behaving, they need to kick it off," says Reiskin.

And if would-be riders want to bring a non-service animal such as a cat, dog or any other pet on board, parrots and pythons included, they simply need to carry them in an appropriate crate or container.

But Reiskin has little patience with people bringing snakes on buses. "There is no legal argument ever for taking a snake," she says. "Even it was trained to perform a task, it’s still not a service animal."
KEEP WESTWORD FREE... Since we started Westword, it has been defined as the free, independent voice of Denver, and we'd like to keep it that way. With local media under siege, it's more important than ever for us to rally support behind funding our local journalism. You can help by participating in our "I Support" program, allowing us to keep offering readers access to our incisive coverage of local news, food and culture with no paywalls.
Make a one-time donation today for as little as $1.