Inside Fight That Lowered Rapist's Sentence from 144 Years to 96 Booking photos of Ray Ojeda from around the time the original 1997 crime was committed and following his 2013 arrest. Denver7 via YouTube
For the past seven years, Ray Ojeda has been fighting his conviction for sexual assault, kidnapping and attempted murder of a fifteen-year-old girl in 1997 — crimes for which he was sentenced to 144 years in prison in 2015. That conviction was reversed on appeal, forcing the Denver District Attorney's Office to negotiate a plea agreement with Ojeda that reduced his time to 96 years.

At first blush, this justice-system journey might seem pointless. Since Ojeda is 51 years old, he's still extremely likely to die in prison despite having 48 years shaved off his sentence. But both the Colorado Court of Appeals and the Colorado Supreme Court agreed that he'd been wronged at trial, even though he has now acknowledged that he committed a series of incredibly heinous acts.

The victim was Susie Hernandez, who publicly identified herself after his 2015 conviction — and the story she told Denver7 stands as a testament to the human will to survive, and thrive, after undergoing unimaginable trauma.

According to Hernandez, Ojeda forced her into his truck at gunpoint between midnight and 2 a.m. on June 14, 1997. He drove her to a remote location at 64th and York, near the Platte River, sexually assaulted her, shot her in the forehead, threw her in the water and then left, only to return to fire more shots and throw rocks in her direction before splitting for good.

Remarkably, Hernandez not only managed to live through this ordeal, but was actually able to climb out of the river and walk until a motorist came to her aid.

"I remember just laying there, holding my head up looking at the sky thinking, 'I can’t do this,'" she said. "And then I took a deep breath and I regained myself and I walked a half mile through the field with thorns poking through my feet...and I pushed and I pushed until I got up to that highway."

By early 1998, the case had been designated as inactive but not cleared — and over the intervening years, the Denver Police Department misplaced the rape kit before ultimately rediscovering it.

Finally, in 2013, a big break: A staffer at the Denver Police Department Crime Lab learned that a DNA hit had been scored with Ojeda, who had racked up a lengthy criminal history in Texas, Florida and Colorado, where he was residing at the time of the 1997 attack. He was on probation and living in San Antonio in 2013, but a 2011 felony conviction on a marijuana-related charge had prompted the DNA sample. 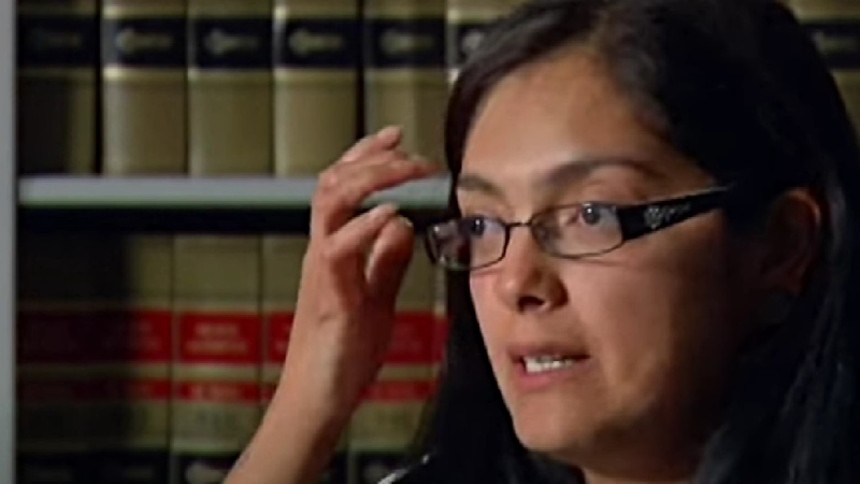 Susie Hernandez spoke out publicly after Ray Ojeda's 2015 sentencing.
Denver7 via YouTube
Hernandez didn't recognize Ojeda's photo when it was shown to her. However, she was able to confirm that he had never been a consensual sexual partner, and the DNA report showed a match with Ojeda.

The jury looking into the evidence was convinced, finding Ojeda guilty of attempted first-degree murder, second-degree kidnapping and first-degree sexual assault. In April 2015, he was given the maximum sentence, 144 years. But Ojeda appealed his conviction based on the 1986 U.S. Supreme Court case Batson v. Kentucky, which held that while a defendant doesn't have the right to a jury totally or partly composed of people from the same racial background, prosecutors can't use a procedure known as a peremptory challenge to dump jurors for either their race or ethnicity.

As detailed in the February 2021 Colorado Supreme Court ruling, this issue arose right before the start of the Ojeda trial after the dismissal of a Hispanic juror referred to as R.P. In a questionnaire, R.P. revealed that "he and his ex-wife had been victims of sexual misconduct or assault, that he had a friend in law enforcement, and that he or a family member had been 'racially profil[ed].'" When R.P. was questioned individually by counsel, he detailed "the 'inappropriate sexual behavior' to which he was subjected, as well as his ex-wife's separate experience." But the ruling notes that "he indicated, in response to a question by the prosecution, that those experiences would not impact his ability to listen to the evidence or affect his judgment."

Prosecutors didn't raise any objections to the presence of R.P. on the jury at the time, but later challenged his participation for cause based on the content of his questionnaire, his responses during a group conversation with other potential jurors and "his demeanor." Specifically, prosecutors argued that "R.P. expressed 'bias' against the criminal justice system and 'visibly showed hesitation' when asked whether he could be fair." Defense attorneys objected, noting that R.P. was one of the few Hispanics in the jury pool, and the judge initially declined to oust him. But prosecutors subsequently used a peremptory challenge to excuse R.P., and this time the judge okayed the move, stating that "there are abundant race-neutral reasons for a peremptory to be exercised."

After his conviction, Ojeda appealed based on the events involving R.P.; in 2019, the Colorado Court of Appeals reversed the decision, with the majority holding that "the prosecutor was motivated in substantial part by discriminatory intent" based on race and ethnicity. Two years later, the Colorado Supreme Court concurred, stressing that its ruling "is not a determination that the prosecutor here harbored ill will or animosity toward juror R.P. or Ojeda, let alone all Hispanic people." But the court determined that the decision to strike R.P. didn't meet the burden set by the Batson ruling when it came to race.

These defeats put the Denver DA's office in the position of either retrying Ojeda or striking a deal with him. In the end, it made a deal, and on November 28, a judge okayed the 96-year sentence.

In a statement, Denver DA Beth McCann said, "I am extremely proud that, despite the prior reversal of the conviction, our Cold Case Unit persisted in its prosecution of Ojeda for these brutally violent crimes. Securing this sentence 25 years after the crime speaks both to the tenacity of the Cold Case team as well as the continued cooperation of the victim. She was just a girl when this horrible crime happened, yet she has remained poised and stalwart for well over two decades. She is an inspiring person and it was a privilege for my office to get to know her over the years."

Ojeda is currently an inmate at the Arkansas Valley Correctional Facility in Ordway. Click to read the Ray Ojeda arrest affidavit, the 2019 Colorado Court of Appeals ruling and the 2021 Colorado Supreme Court opinion.
KEEP WESTWORD FREE... Since we started Westword, it has been defined as the free, independent voice of Denver, and we'd like to keep it that way. With local media under siege, it's more important than ever for us to rally support behind funding our local journalism. You can help by participating in our "I Support" program, allowing us to keep offering readers access to our incisive coverage of local news, food and culture with no paywalls.
Make a one-time donation today for as little as $1.