Remembering Linda Lovelace on the Fiftieth Anniversary of Deep Throat 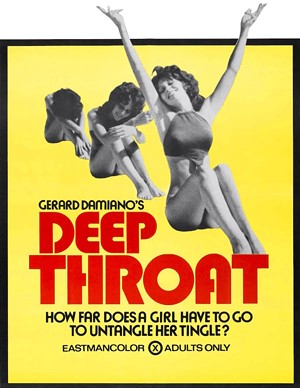 Wikimedia
A "global cinema experience" will mark the movie's fiftieth anniversary, according to Damiano Films, including screenings of the new 4K restoration of Deep Throat, with in-person filmmaker Q&As in such locations as “Berlin, Bologna, Seattle, Los Angeles, Kreuzberg, Miami, Chicago, Montreal, Amsterdam, Rome, London, Tokyo, Paris, Pittsburgh, and many more.” The anniversary celebration is "about addressing the conversations that were started 50 years ago with the original film as we watch individual rights and freedoms under attack by an extremist return to restrictions on our bodies and freedom of speech,” the film company says in a release.

Born Linda Susan Boreman in the Bronx in 1949, Lovelace had a religious upbringing that included Catholic schools and the nickname “Miss Holy Holy” due to her youthful aversion to sex and even physical contact. Her father was a largely absent New York City policeman, her mother a distant and domineering waitress; when her father retired from the force in 1965, the family moved to Florida, where a few years later the unmarried Lovelace gave birth to a baby. Lovelace put that child up for adoption, but wrote years later that her mother had tricked her into signing away her rights on papers she didn’t read. 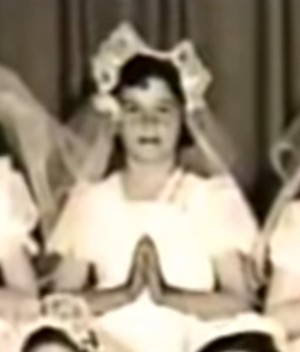 Lovelace in her Catholic-school era.
YouTube
It was after giving up the baby and the first of two disastrous car accidents (the second would ultimately take her life) that she met the man who would be her first husband, as well as her manager and pimp: Chuck Traynor. With his violent coercion, Lovelace moved to New York City in 1969, where she began making hardcore “loops” for coin-op peep-shows and engaging in prostitution. This was where the sexual usury began, Lovelace later recalled, which led to her starring role in Deep Throat, followed by the fantastic success of the film, which hit the mainstream zeitgeist; Lovelace even set her hand and footprints in the sidewalk outside the Hollywood Pussycat Theater. 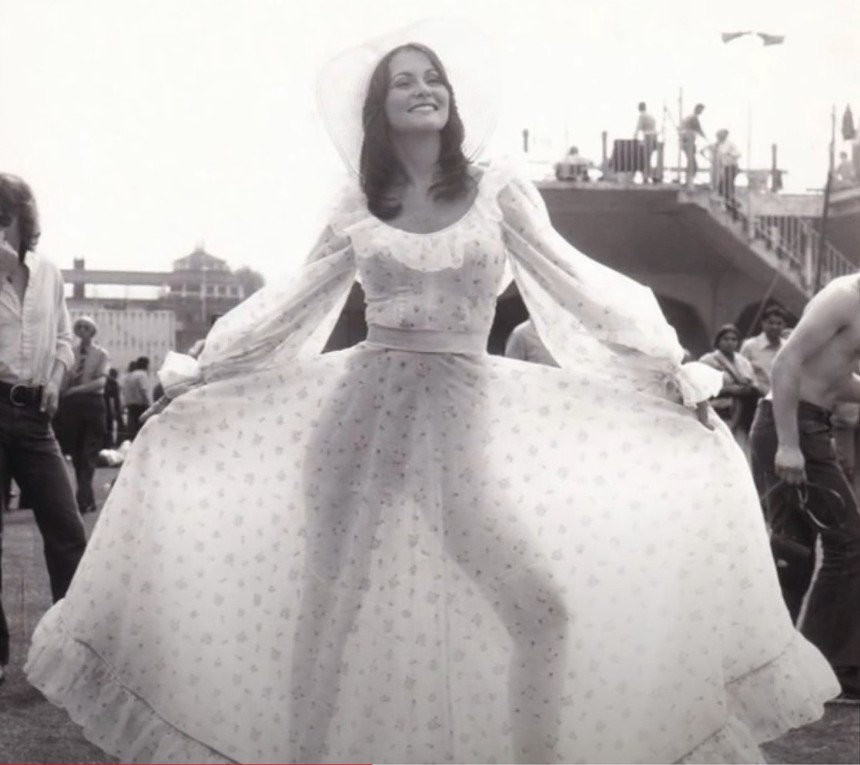 Lovelace in the heady days of her fame.
YouTube

Lovelace divorced Traynor in 1975 and married a blue-collar cable installer named Larry Marchiano in 1976. They had two kids — the first in 1977, the second in 1980. That was the year her third autobiography was released. This one, titled Ordeal, was a 180-degree turn from her pro-porn earlier years, and Lovelace went into great detail as to how much of what she did was either metaphorically or literally at gunpoint: porn, rape, prostitution, everything. For most of the early ’80s, she teamed up with several feminist activists connected to Women Against Pornography (WAP), including Gloria Steinem. She would later disavow her relationship with WAP, claiming that once again, she was being used by others for their own agendas.

It was in 1990 that Lovelace made her way to Denver with her husband and two children, Marchiano's drywall business having failed. The couple divorced in 1996, but the two remained in touch until Lovelace's passing six years later; the family still resides in the Denver area today.

After her second divorce, and probably at least in part for financial reasons, Lovelace was back on the porn convention circuit, signing autographs and meeting fans to help make ends meet. But in those last years, she seemed content with all she’d been through and how she managed to come out on the other side. In a 1997 interview on Entertainment Tonight, she summed it all up: “I look in the mirror and I look the happiest I’ve ever looked in my entire life. I’m not ashamed of my past or sad about it. And what people might think of me, well, that’s not real. I look in the mirror and I know that I’ve survived.”

America never got to know the real Linda; we only knew the character, the performer. But perhaps the fiftieth anniversary of Deep Throat will finally show her some respect.

And not just provide another example of Linda Lovelace being used for someone else’s gratification.