Mike Nolan at the news desk. 9News via YouTube
Mike Nolan, who died in Santa Fe, New Mexico, on November 24 after a brief illness, was a major part of Denver's television history. The sportscaster was a key member of the 9News team during its most powerful period, when featured talent such as Ed Sardella, Mike Landess and the late Stormy Rottman were among the biggest stars in town. Along the way, he helped to create a foundation so firm that the station remains a ratings leader to this day.

Nolan, who was 85, wasn't as flashy as fellow 9News sportscasters Ron Zappolo or Gary Cruz, who died in 2018 after a long battle with cancer. His on-air demeanor was solid, steady, unshakable. But he had staying power, joining the outlet in the late 1970s and sticking around into the 1990s. He also served a stint at Denver7. 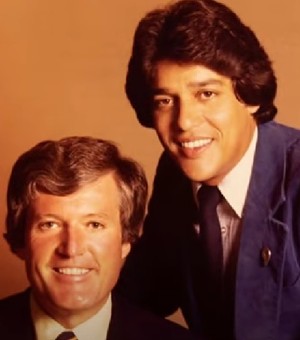 Mike Nolan teamed with Gary Cruz, who died in 2018.
9News via YouTube
A native of Buffalo, New York, and a Michigan State graduate, Nolan got his start at a radio station in East Lansing before making his way to Colorado, and he stuck with the audio-only medium even after becoming a television personality. He emceed radio broadcasts for Colorado State, Air Force and Wyoming football for many years in addition to covering major Denver sporting events for 9News — among them the Colorado Avalanche's first Stanley Cup run and the debut of the Colorado Rockies.

He also rubbed shoulders with the city's sports elite. In a 2011 interview with the Denver Post, he remembered spending time with Denver Nuggets head coach and wild man Doug Moe and receiving a Broncos jersey from Mike Shanahan to commemorate his fortieth year in broadcasting.

After retiring in 2004 and relocating to Santa Fe, Nolan kept a low profile. "I got out at the right time," he told the Post's Irv Moss. "I miss the paycheck, but the business has changed."

That was true then, and it's even truer now. The internet has radically changed TV news-viewing habits, with most consumers now keeping up with headlines on their phones rather than routinely tuning in at 5, 6 or 10 p.m. Moreover, Denver stations have increasingly played down sports in recent years, devoting far less airtime to the subject than was once the case under the (accurate) assumption that viewers already know the scores of the games that are important to them and have seen the highlights, too. 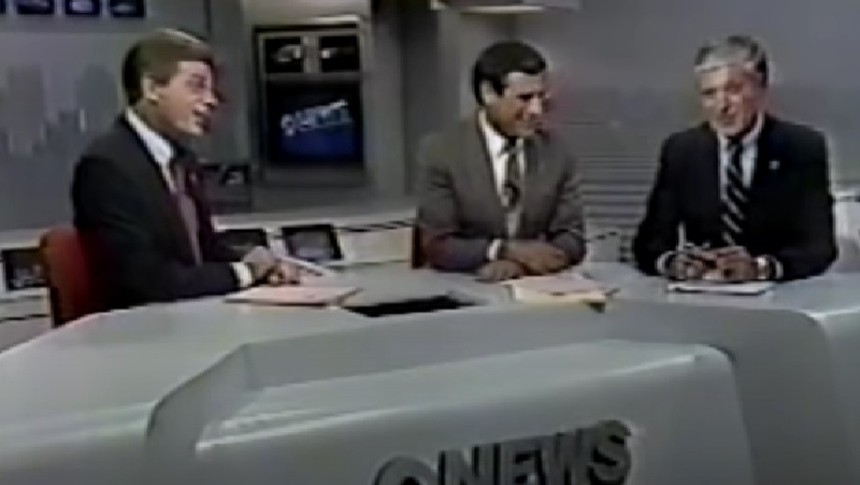 (From left) Mike Landess, Ed Sardella and Mike Nolan ruled Denver's TV news airwaves during their heyday.
YouTube
Still, generations of Denver sports lovers retain a soft spot for Nolan — and today his trademark sign-off, "So long, everybody," is particularly poignant.
KEEP WESTWORD FREE... Since we started Westword, it has been defined as the free, independent voice of Denver, and we'd like to keep it that way. With local media under siege, it's more important than ever for us to rally support behind funding our local journalism. You can help by participating in our "I Support" program, allowing us to keep offering readers access to our incisive coverage of local news, food and culture with no paywalls.
Make a one-time donation today for as little as $1.