Brandon Marshall
Roadside memorials are prohibited in Colorado — but they still mysteriously appear at the site of fatal accidents, as people remember their loved ones with tributes and trinkets. Some impromptu memorials last for decades, others disappear within days. The Colorado Department of Transportation generally ignores these shrines unless they interfere with snow removal and other highway operations.

Or, in the case of Colorado 2 in Commerce City, are in the way of a road-widening project between East 72nd Avenue and Interstate 76. CDOT found nine memorials along the highway right-of-way, and last month tagged the shrines with notices that the memorials would have to be removed; otherwise, the department would do the job and store the materials for three months.

Before that work started, we sent photographer Brandon Marshall to memorialize these memorials. 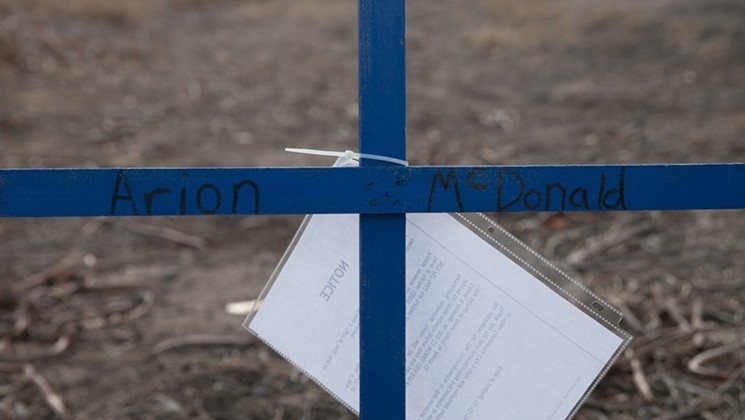 The McDonald family shrine.
Brandon Marshall
One of the shrines was dedicated to the McDonald family: Barry McDonald and his children, two-year-old Arion and eight-month-old Jason — both of whom were in car seats — were killed in a head-on crash on Colorado 2 on July 20, 2005.

Cody Harrison was killed on March 12, 2016.
Brandon Marshall
Other names were lost. But somewhere, the memories live on. 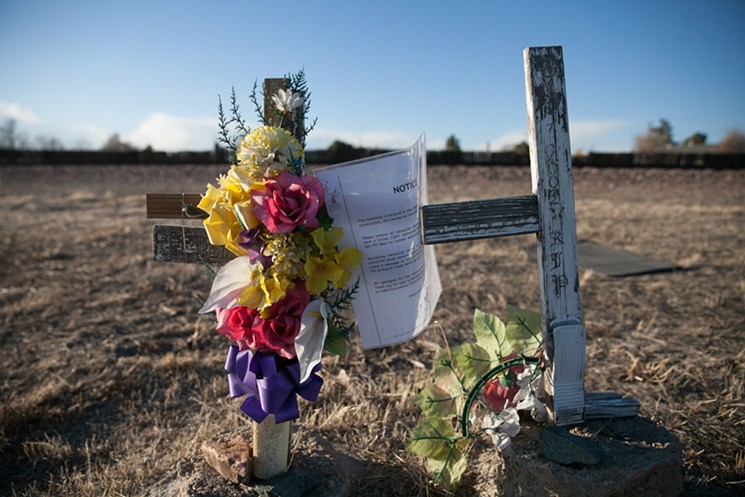 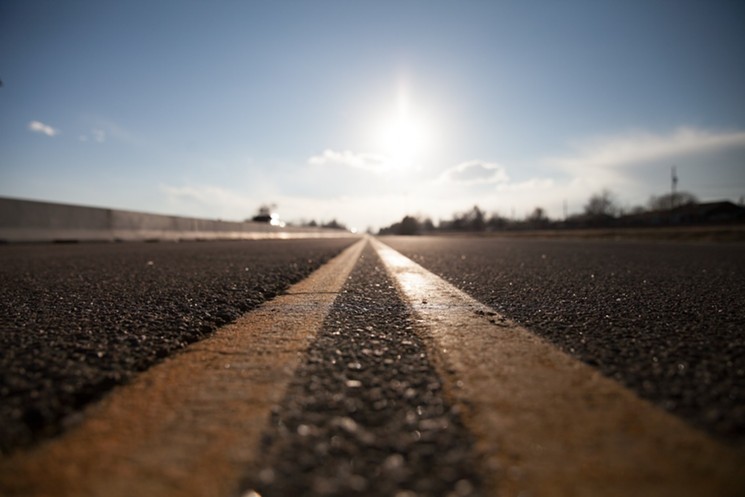 Brandon Marshall
Families of the deceased commemorated by these memorials can contact CDOT at 303-239-6757 to arrange to pick up the materials by March 12. See more of Brandon Marshall's photos here.