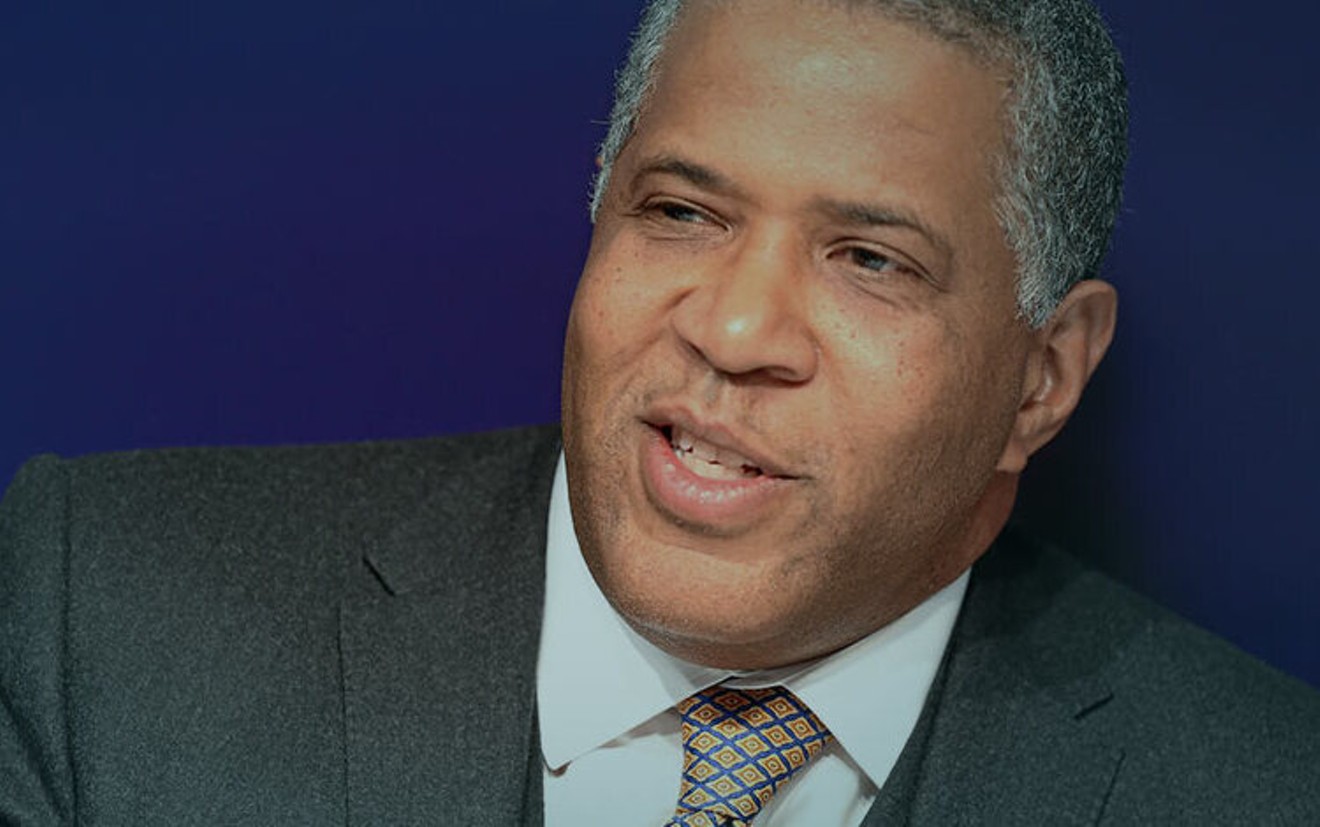 Robert Smith, America's richest Black man, was raised in Five Points. Robertsmith.com
Robert Smith, a Denver native who's the wealthiest Black man in America, has tried for years to keep certain details about his tax-evasion case out of the public eye. However, a June federal court filing in a tax-fraud case against Smith's former tax attorney, Carlos Kepke, who allegedly helped Smith conceal over $200 million in capital gains income over a fifteen-year period, highlights where Smith was spending that money.

An August 2018 search warrant affidavit filed by an Internal Revenue Service special agent in Smith's case was originally sealed by the U.S. District Court of Southern Texas. But as part of the case against Kepke, who was indicted in 2021 after years of work by undercover agents, the feds filed the 2018 affidavit in federal court in California in June...unsealed.

The tax-evasion scheme detailed in the affidavit involved an array of offshore accounts and even a Smith in-law who lived in the United Kingdom to help evade U.S. tax authorities.

The document, whose contents were first reported by the Daily Mail, indicates that Smith, a 59-year-old who grew up in Five Points, spent millions of dollars that went untaxed to purchase property and luxury homes around the globe. Although the federal government had previously revealed some of these expenditures, the affidavit goes into much more detail.

For example, Smith, the chairman and CEO of private equity firm Vista Equity Partners, used $2.5 million of that untaxed income to buy land in Sonoma, California, in 2005. He then spent another $6 million building a weekend home there for himself and his then-wife, Suzanne McFayden, according to the document.

Five years later, Smith bought two ski condos and a downtown nightclub/restaurant in Megève, a ski resort village in the French Alps, through accounts associated with the tax evasion scheme, the affidavit states. And instead of reporting that he had used his own income to pay for these purchases, Smith said that he had been paying rent on them — to an entity that he owned, according to the document.

From 2009 to 2013, the government claims that Smith used $12 million of untaxed income to purchase property in Gilpin County for his 300-acre Boulder River Ranch on the grounds of the historic Lincoln Hills Country Club resort, a vacation mecca for Black families from the 1920s through the mid-1960s that marked its hundredth anniversary this year. Smith spent $34 million to build out the ranch, which includes a mansion, a tennis court and a pool, according to the affidavit. He has also purchased other parcels throughout the area, including land for a private and pricey fly-fishing club.

The affidavit notes that Smith also sent $3 to $4 million of offshore funds to a trust run by his cousin, local attorney Wayne Vaden, who then transferred the money to unnamed charitable entities.

Smith has a net worth of $8 billion, according to Forbes. 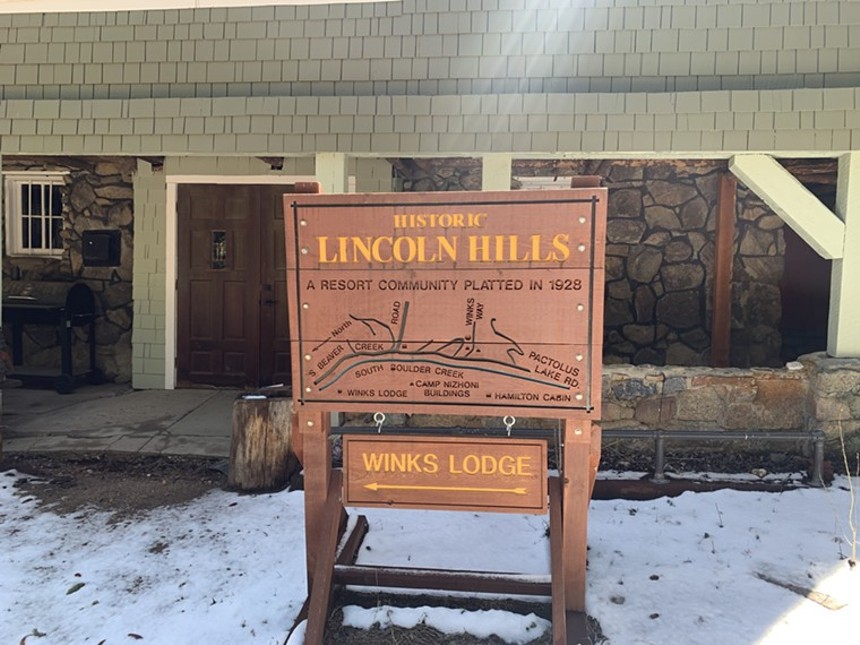 Winks Lodge is now part of the Lincoln Hills Fly Fishing Club.
Conor McCormick-Cavanagh
The affidavit includes a footnote indicating that in Smith's divorce proceedings, a private investigator employed by McFayden's attorney claimed that the billionaire had used his business to pay for and treat as a business-related expense the rental of a luxury New York City apartment and living expenses of his then-girlfriend. Smith and McFayden divorced in 2014; Smith has been married for the last seven years to Hope Dworaczyk Smith, the 2010 Playboy magazine Playmate of the Year.

In October 2020, Smith came to a non-prosecution settlement with the Department of Justice. In the agreement, Smith admitted to his involvement in the illegal tax-evasion scheme and agreed to cooperate with ongoing federal investigations, according to a DOJ press release. Smith also agreed to pay $139 million in taxes and penalties and to abandon $182 million in charitable contribution deductions.

Smith has made many charitable contributions over the years. He co-founded and funded Lincoln Hills Cares, a nonprofit organization that focuses on providing opportunities for underserved youth to experience the great outdoors. The organization takes kids, primarily from metro Denver, up to the Lincoln Hills area to fish, play team-building games and learn about nature.

And in 2019, Smith announced during a commencement address at Morehouse College that he would pay off the student loan debt of the graduating class, "a gift that totaled over $34 million," according to Smith's website.

Smith also supported Matthew Burkett's Flyfisher Group investments in Five Points, which were initially touted as helping the heart of Denver's historic Black community. But some neighborhood businesses have charged that the Flyfisher developments are hurting, not helping, the area.

As part of that agreement, Smith provided information on his former business partner, Robert Brockman, for a government case accusing Brockman of the largest instance of tax fraud in U.S. history. Brockman, the initial investor in Vista Equity Partners, denied the allegations; he died on August 5 at the age of 81.

Tax attorney Kepke, 83, will go to trial in late November in connection with the alleged tax fraud scheme in which he helped both Smith and Brockman.