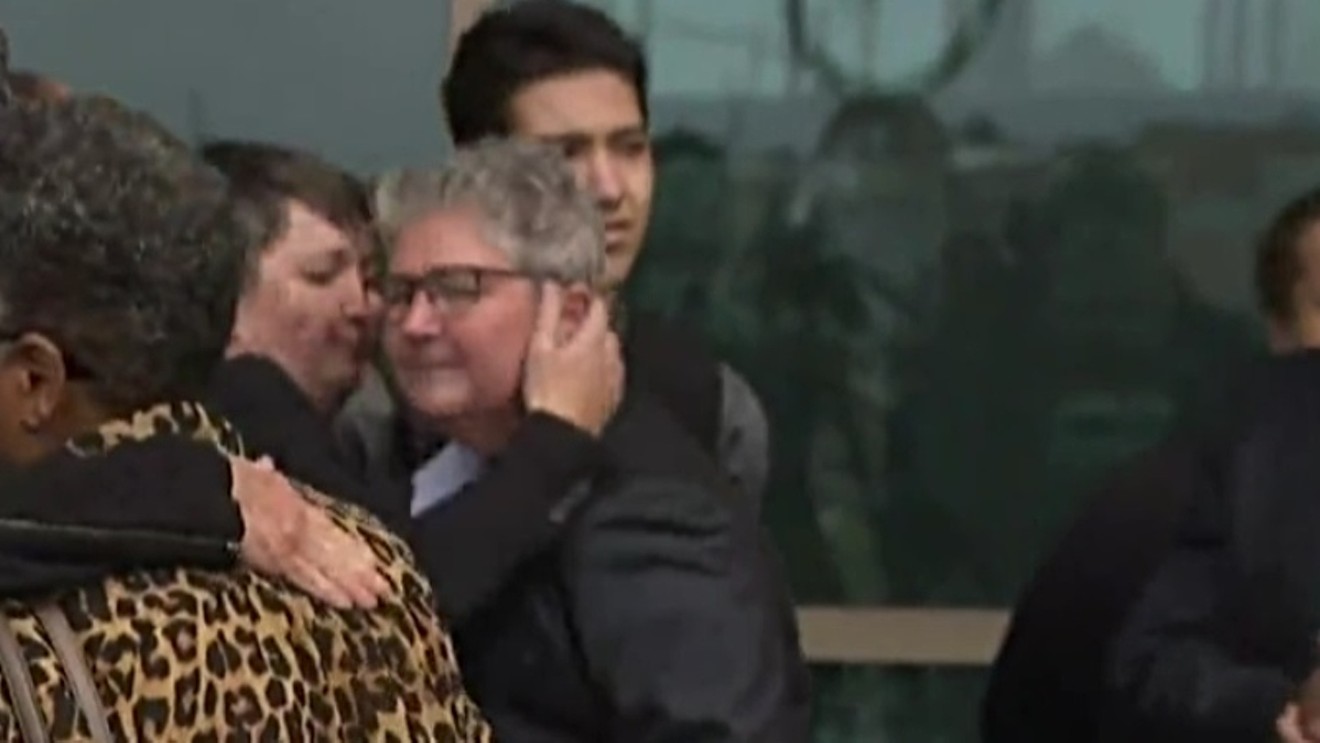 Although these claims would be attention-getting in and of themselves, they become even more stunning given Jurinsky's speculations about Niceta's motives. As documented in an arrest affidavit, she thinks she became a target after the councilwoman used the word "trash" to describe former Aurora Police Department chief Vanessa Wilson, Niceta's partner, on a local radio program.

Wilson was named Aurora's interim police chief in early 2020 and was formally given the gig that August. Throughout her time on the job, she was featured in coverage of everything from the City of Aurora's $15 million pact to settle a lawsuit filed over the 2019 death of 23-year-old Elijah McClain to the Colorado attorney general's 2021 determination that the APD had exhibited a pattern and practice of racial bias, which led to the implementation of a consent agreement to address the issues. And then in April, Wilson was fired by Aurora City Manager Jim Twombly — a move enthusiastically supported by Jurinsky — and at a press conference, Wilson made it clear that she felt her dismissal had been improper and teased the prospect of future legal action.

After CBS4 Denver broke news of Niceta's arrest, Jurinsky hinted to the Denver Gazette that Wilson might have known about her partner's scheme. "What were the conversations between the two of them?" she asked. "I think this is just the tip of the iceberg." Such notions also hung over a press conference that Jurinsky staged that afternoon in conjunction with her legal team, Suzanne Taheri and Rishi Kapoor.

Attorney Paula Greisen of Denver-based King Greisen LLP, who represents Wilson, summarily rejects these theories. "Chief Wilson had no involvement in any of the events described in the affidavit," Griesen says. "She is confident that the justice system will deal with those issues as required by law."

The arrest document begins with an extremely graphic account of a tip to a national child-abuse hotline that Jurinsky had been seen making unlawful sexual contact with her two-year-old son last November. A prolonged inquiry by the agency cleared Jurinsky of any wrongdoing. Meanwhile, the call was traced to a cell phone belonging to Niceta — and it was made the day after a Jurinsky appearance alongside KNUS talk-show host Steffan Tubbs in which she said, "If you want to quote something, Chief Vanessa Wilson is trash."

The affidavit notes that Niceta, who resigned her job as an Arapahoe County social-services worker on May 4, confirms that the number used for the accusation was hers but suggests that someone could have gotten it "from one of her business cards at home." This explanation didn't convince authorities, who charged her with retaliation against an elected official, a Class 6 felony, and a misdemeanor related to persons required to report child abuse or neglect.

No charges have been filed against Wilson, but Niceta's arrest certainly complicates any potential wrongful-termination lawsuit. In an interview with Westword on May 2, attorney Greisen didn't confirm that such a filing was imminent, instead using the term "legal options." But she poked holes in one supposed rationale for Wilson's dismissal: a backlog involving police records.

"We've always thought that using the records was pretextual and that the city had been aware of a substantial delay in transcription of certain reports for several years," Greisen said. "The city manager said her firing wasn't based on the records, although I have not seen any explanation for her termination."

In Colorado, Greisen pointed out, "generally employers can terminate an employee if it's not working out, as long as the reason for termination isn't because that person is engaged in protected activity. You can't fire somebody that you don't like because they have done things like enforce a judicial order or a consent decree, or fought to eradicate racism in the police department. As long as things like that aren't a pretext or protected conduct, they can. But in this case, we believe the real reasons behind her termination were because of her actions to enforce the consent decree and attempt to eliminate racism in the police department."

After Niceta's arrest, Luc Hatlestad, public information officer for the Arapahoe County Department of Human Services, sent a statement noting that the agency "received about 24,000 calls last year to our child and adult protection hotline. We take every allegation seriously and investigate each one consistent with our established process. Our case workers routinely serve those most vulnerable within our community with the highest levels of professionalism and compassion. Arapahoe County also takes allegations of false reporting seriously — especially when they involve employees. We have zero tolerance for this type of behavior, which undermines the critical work of our team. Upon receiving an allegation of false reporting by an employee, we immediately engaged law enforcement and conducted an internal investigation. It would be inappropriate to provide any further comment on this personnel matter."