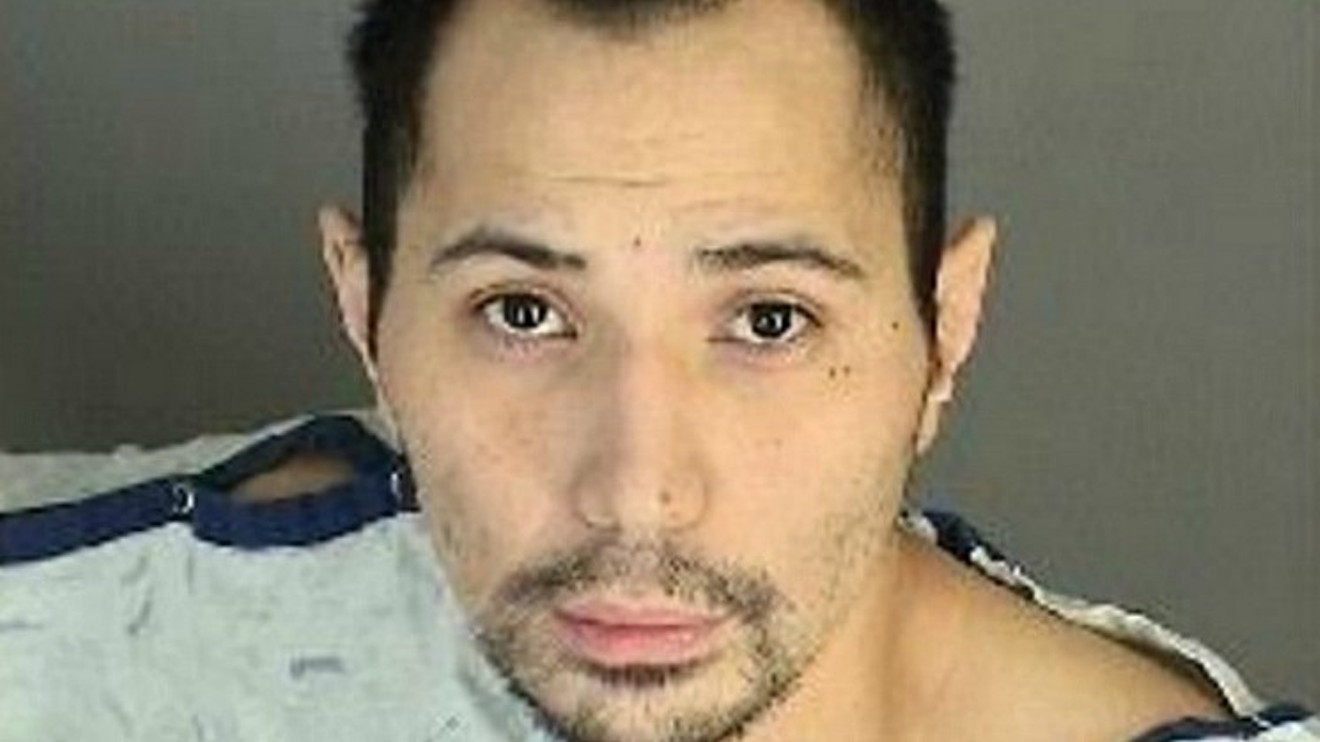 Rocky Pedersen was arrested after he sought treatment for a gunshot wound that took place during a robbery attempt. Northglenn Police Department
In March 2017, as we've reported, former Longmont medical marijuana dispensary owner Rocky Pedersen was arrested for an AR-15-toting pot-shop robbery spree. He's now been sentenced to fourteen years behind bars for a series of crimes that he blames on his switch from cannabis to heroin.

However, the prosecutor in the case believes Pedersen was actually inspired by a lust for revenge because his own marijuana business was shuttered after Longmont prohibited dispensaries.

We first wrote about Pedersen in a May 2011 post tracing Longmont's move toward a dispensary ban. Pedersen, then the co-owner of New Age Wellness, told us that he'd held a sales-tax license in the community since September 2009 and was worried about a possible ban's impact on MMJ patients.

"It would be completely burdensome," he argued. "For some patients, it could lead to seriously harmful health issues. They would have to go to Boulder. A lot of our patients can walk in to us. All that would be eliminated, and they would have to go off and find a random person growing twelve plants in their basement."

New Age Wellness next turned up in a Westword report circa November 2013, when we covered an armed robbery at the business, a converted house, that resulted in a loss estimated at $11,000. The Boulder County Sheriff's Office released surveillance footage from the heist that showed suspects wearing masks over their faces. 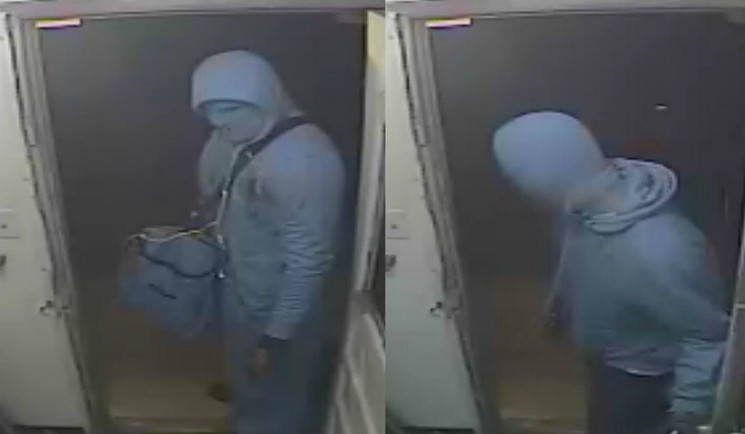 Surveillance footage of the robbers who held up New Age Wellness circa 2013.
Boulder County Sheriff's Office
Pedersen also allegedly wore face coverings during his heists, albeit ones that utilized ski goggles — and he didn't exclusively knock over marijuana businesses; he held up a liquor store, too. His total haul is estimated at $19,000, a sum he collected with the assistance of either an AR-15 assault rifle or a pistol.

As you can see, the Grow Depot in Northglenn made the roster twice — and after the October 2016 robbery there, an employee obtained a concealed-carry permit that he took advantage of upon Pedersen's return the following February 28. The pair exchanged gunfire, and Pedersen was hit in the leg. When he went to a medical facility for treatment, he was busted, which explains why he's wearing a hospital gown in the booking photo at the top of this item. 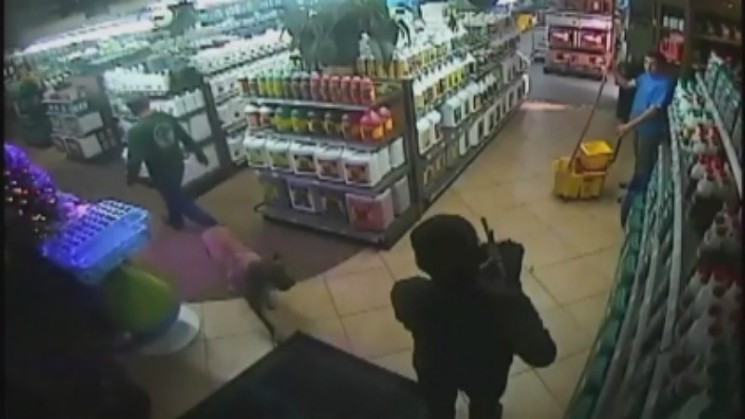 By year's end, most of these beefs had fallen away. On December 15, Pedersen, who had no previous arrest record, pleaded guilty to two counts of aggravated robbery with a deadly weapon, and at his recent sentencing hearing, he said his addiction to heroin and opioids was responsible for his slide into criminality.

Senior Deputy District Attorney Yvette Guthrie had another theory. "Drugs were part of the issue, but it was more than that," she said at the hearing. "He went into these businesses angry because he had lost his business and wanted revenge. He terrorized these people. He entered their stores carrying an assault rifle, shoved it in their faces and told them to get on the floor."

Adams County District Judge Sharon Holbrook addressed the latter actions by ordering Pedersen to write apology letters to each of his victims in addition to spending fourteen years in stir. He also must undergo a mental-health evaluation, as well as substance-abuse analysis and treatment related to his fateful switch from marijuana to heroin.