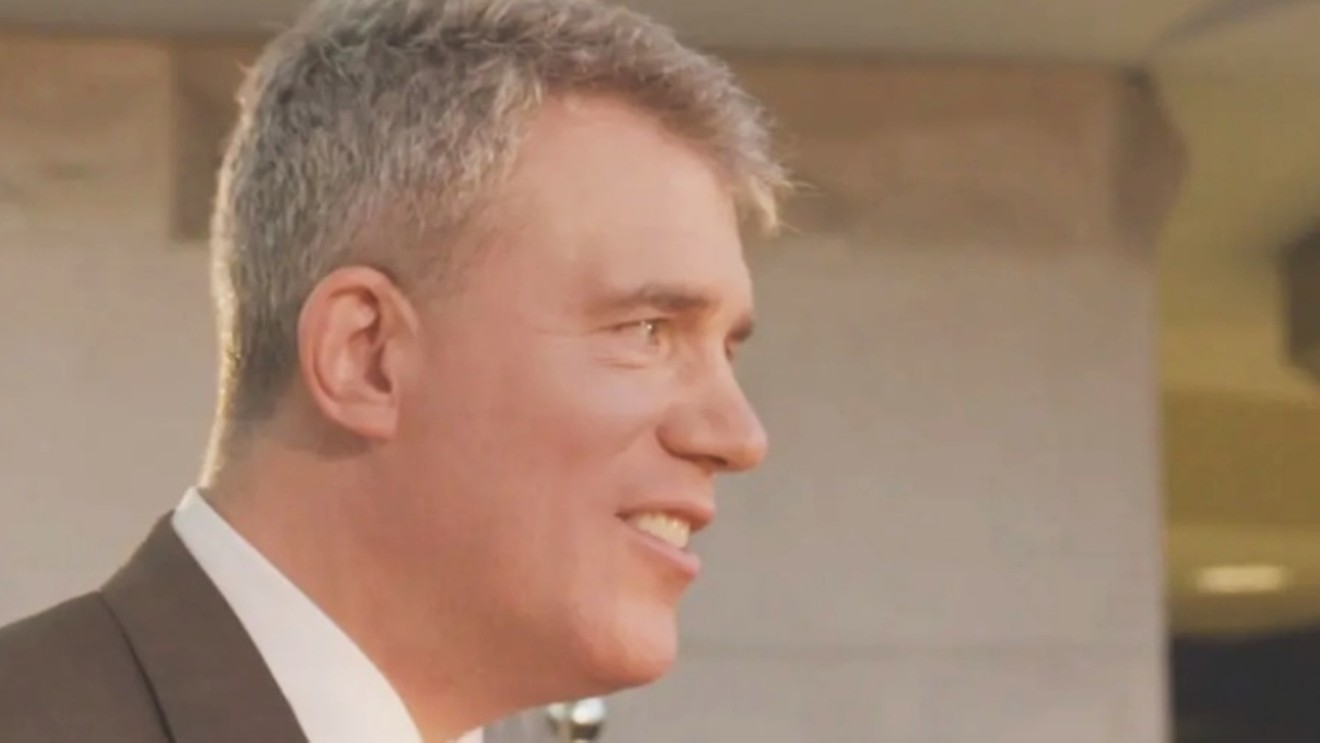 On the website promoting his bid to become chair of the Colorado Republican Party, former Colorado secretary of state Scott Gessler states that he is "known as the Honey Badger of Colorado politics" — and he hardly shies away from his reputation for pugnaciousness in conversation.

"I think Republicans want someone who's willing to fight," says Gessler, who hopes to succeed U.S. Representative Ken Buck as the state's GOP party head; the vote is scheduled for March 27. "And I've proven I can do that."

A former Army officer, Gessler was elected secretary of state in November 2010, and his combative style was much in evidence during his four years in the office. He rejected claims about voter-suppression efforts by liberal opponents and responded to ethics complaints by suing the commission that accused him. His swagger got him dubbed a conservative rock star by Colorado Public Radio, but he said he preferred the "honey badger" label, because the creatures are "very independent animals. They're very fierce. People don't mess with them, and they usually win their fights."

Since leaving office in early 2015, Gessler has worked as an attorney for a number of high-profile clients, including the campaign of former president Donald Trump; his website notes that he was hired as the organization's "testifying expert in election challenges in Nevada and Pennsylvania" and "also was retained to be the election expert for pre-election lawsuits in Georgia, Pennsylvania and Vermont." In recent public appearances, he hasn't explicitly endorsed the fictional narrative that Trump actually won, but neither has he definitively rejected it.

In this state, Democrats control both houses of the Colorado General Assembly and hold the overwhelming majority of statewide offices, including the governorship. But Gessler believes that the Republican brand is anything but doomed. "I've been reading reports about how the Republican Party is ready to die since Ronald Reagan was president," he says. "Every cycle, we hear the same stuff. Democrats love talking about divisions within the party, and the media loves it."

Indeed, Gessler thinks the suggestion of a not-so-civil war between more traditional Colorado Republicans and those in thrall to Trump "is grossly exaggerated. Like any big tent, there are going to be differences in opinion that exist within the party. But when you talk from one Republican to another, you find that they consistently share a lot of the same values and beliefs."

He sees evidence to support this thesis in "what happened with a lot of the ballot issues" in the November 2020 election, including the reduction in income tax — Proposition 116 decreased the state income tax rate from 4.63 percent to 4.55 percent. "And even the mandatory wolf introduction just barely passed, and it had a massive funding advantage," Gessler points out. "So I think you can see by voter attitudes that they don't entirely believe the Democrat agenda."

Nonetheless, he feels the Colorado Republican Party needs tweaking to be more effective.

"I think there are definitely some improvements that can be made," Gessler explains. "The party can do a better job of supporting its candidates and holding Democrats accountable — and looking to expand. The party could have also done better training about the fundamentals of being a candidate."

Gessler would also like to see "a greater focus on state candidates here — Democrat legislators and Democrat legislative candidates. And I also support voter registration efforts — identifying pockets that were missed, as well as moving people back into the Republican column."

In 2020, according to Magellan Strategies, approximately 40 percent of Colorado voters were registered as unaffiliated, followed by Democrats with 30 percent and Republicans at 28.5 percent, with smaller parties making up the difference.

Name recognition certainly works in Gessler's favor; he's better known than fellow hopefuls Kristi Burton Brown, Jonathan Lockwood, Casper Stockham and Rich Mancuso. "We're well-positioned in this race," he allows, "but I take absolutely nothing for granted. I think there's a real thirst among Republicans for a change, and for someone to rebuild the party, and that's what I'm offering here and what I'm driving toward."

Click here for more information about the March 27 meeting of the Colorado Republican State Central Committee, at which a new chair will be chosen.
KEEP WESTWORD FREE... Since we started Westword, it has been defined as the free, independent voice of Denver, and we'd like to keep it that way. With local media under siege, it's more important than ever for us to rally support behind funding our local journalism. You can help by participating in our "I Support" program, allowing us to keep offering readers access to our incisive coverage of local news, food and culture with no paywalls.
Make a one-time donation today for as little as $1.