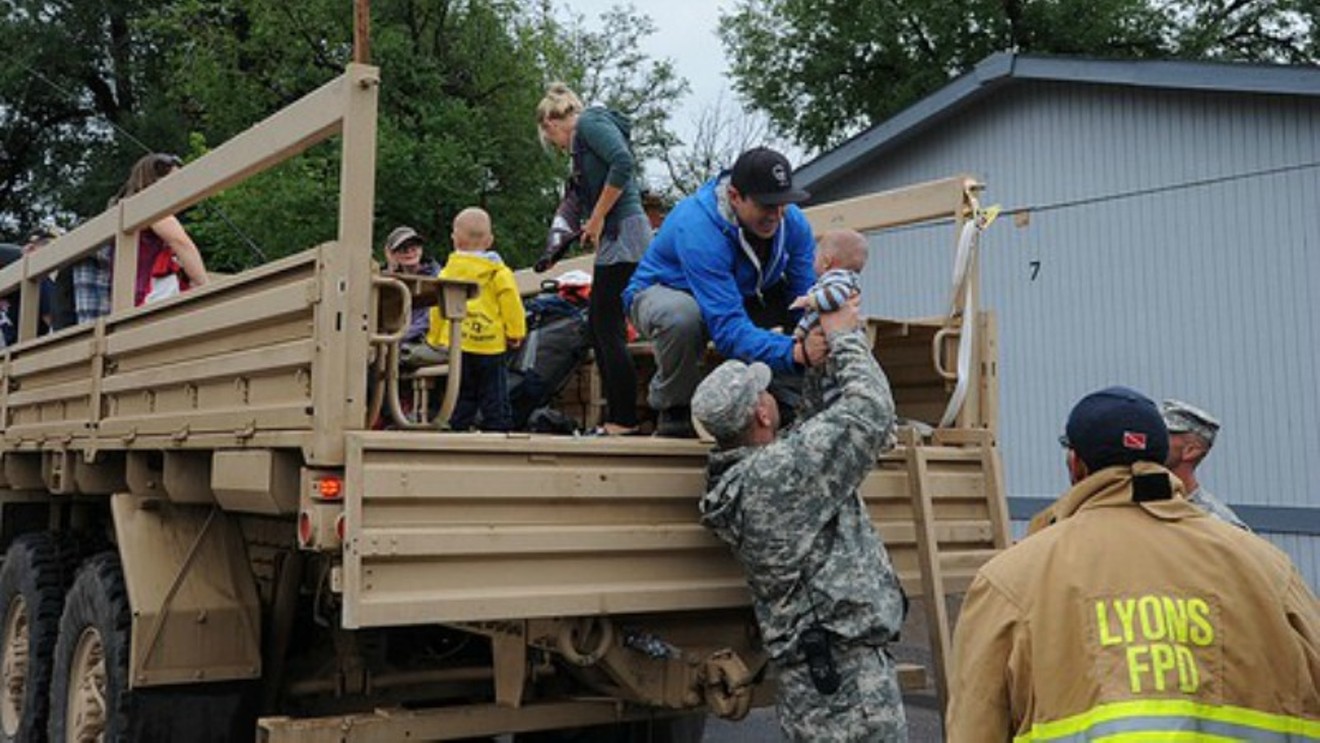 A photo from 2013 shows members of the Colorado National Guard helping flood victims in Lyons. Colorado National Guard
A memo sent under the name of Homeland Security Secretary John Kelly and shared below says that National Guard troops could be deployed in Colorado to round up unauthorized immigrants. And while the spokesman for President Donald Trump has declared the document to be "not true," the prospect of troops known in Colorado for actions like helping victims of the 2013 Lyons flood being used for such a purpose is likely to send shock waves through the community.

The eleven-page document was obtained by the Associated Press, which notes that it "calls for the unprecedented militarization of immigration enforcement as far north as Portland, Oregon, and as far east as New Orleans, Louisiana." The report adds: "Four states that border on Mexico were included in the proposal — California, Arizona, New Mexico and Texas — but it also encompasses seven states contiguous to those four — Oregon, Nevada, Utah, Colorado, Oklahoma, Arkansas and Louisiana."

Colorado isn't mentioned by name in the memo. Instead, the reference mentions "those States adjoining border States." Moreover, governors of the states in question would be allowed to choose whether or not to participate. But as is clear from the passage below, the memo implies that pressure would be brought to bear on such officials if they balked. It reads:

In response to the uproar over the report, White House press secretary Sean Spicer issued the following tweet:

This is not true. DHS also confirms it is 100% false https://t.co/MFIJci7XaU

Thus far, it's unclear whether the Trump administration is claiming that the memo itself is bogus. A DHS official cited by the AP "described the document as a very early draft that was not seriously considered and never brought to the secretary for approval."

Whatever the case, it's a fascinating artifact that may offer insight into the extremes to which President Trump and his underlings are willing to go to identify and deport undocumented individuals in Colorado and beyond.

Here's the document. The excerpt above can be found toward the bottom of page three.