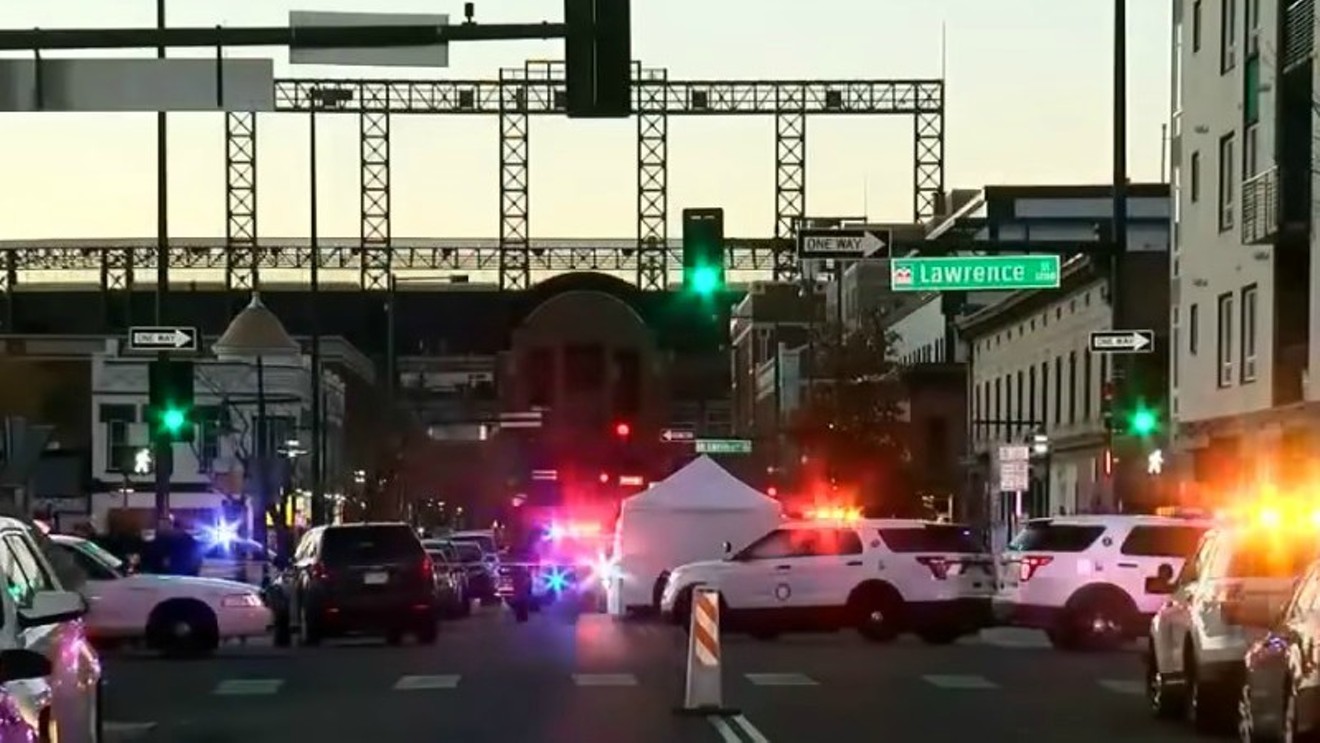 According to the affidavit, at approximately 4:04 p.m. on Monday, November 19, Denver police officers responded to multiple 911 calls. When they arrived at 1200 21st Street, they found five victims suffering from gunshot wounds, including one who was deceased.

Witnesses told police that two men had been shooting at each other, and gave descriptions. One matched a male with a gunshot wound in his leg, whom Denver Fire Department first responders were treating by the Marquis Theater. It was Dashae Eugene Armstrong, who was transported to Denver Health and detained there.

The area where the shootings took place is just past LoDo in the shadow of Coors Field, and is a popular gathering spot filled with bars and restaurants. Aside from Armstrong, the four other people shot, including the murder victim, where bystanders; they have not been identified.

Armstrong faces one count of being a felon in possession of ammunition, according to Dunn's office. If convicted of that charge, he could face up to ten years in federal prison and up to a $250,000 fine.

“Today my office filed charges as a part of the law enforcement and prosecutorial response to this violent crime,” said U.S. Attorney Jason R. Dunn in a statement released by his office “We work together with our state and local partners and will step in when state prosecution is not feasible or possible.”

The investigation was conducted by the Denver Police Department, with assistance from the Denver office of  the ATF and the Safe Streets Task Force led by the Denver Division of the FBI, as part of Project Safe Neighborhoods.
KEEP WESTWORD FREE... Since we started Westword, it has been defined as the free, independent voice of Denver, and we'd like to keep it that way. With local media under siege, it's more important than ever for us to rally support behind funding our local journalism. You can help by participating in our "I Support" program, allowing us to keep offering readers access to our incisive coverage of local news, food and culture with no paywalls.
Make a one-time donation today for as little as $1.