From Mike Coffman's Facebook page: "Got back to DC and I'm closely reading #healthcare bill text to make sure it is in the best interest of #CO06 residents." Facebook
Another fiscal quarter, another huge sum of money thrown into Colorado's hotly contested congressional race in the 6th District.

Incumbent Republican Mike Coffman and Democrats Jason Crow, Levi Tillemann and David Aarestad combined to raise more than $740,000 in the third fiscal quarter. With well over $1.2 million of reported year-to-date cash on hand between all of the candidates, CO-6 has more money in it than any other congressional race, and by a wide margin.

Here are a couple of interesting takeaways from this quarter's figures.

First, Tillemann's big fiscal entrance into the race potentially presents a different type of challenge for Democrats: the possibility of a heated primary next summer, something that hasn't happened since CO-6 was redistricted before the 2012 election.

"We feel great about our results," Tillemann wrote in an email to Westword this week. "Levi for Colorado raised more individual contributions than any Democrat in the 6th Congressional District. That's the sign of a people power driven campaign."

Levi Tillemann (right) hopes to unseat Mike Coffman.
Courtesy of Levi Tillemann
For Coffman, a favorite of the billionaire Koch brothers, it's more or less business as usual for the five-term congressman, who posted over $310,000 in his third-quarter numbers. More than half of that money came from PACs, including $5,000 from the Koch brothers' super-PAC.

"Nothing remarkable, and that bodes very well for Coffman," says Daniel Cole, communications director for the Colorado Republican Party. "Jason [Crow] is the DCC's candidate, and you'd think he'd be the fundraising king, but he's not. I would think the Dems would be pretty worried."

Crow has racked up the majority of the state's Democratic big-wig endorsements, and his $220,556 third-quarter total puts him in striking distance from Coffman. Crow's year-to-date contributions put him ahead of where then-state senator Morgan Carroll was cash-wise at this point in the 2016 campaign. After the third quarter in 2015, Carroll had a bit over $300,000 cash on hand (despite a huge October fundraising boost and help from Bernie Sanders), while Crow's cash-on-hand number stands at nearly $400,000 (Crow's at $393,323 versus Carroll's $315,580).

"I continue to be extremely grateful for the outpouring of support from those who are ready for change," Crow said in a news release this week. 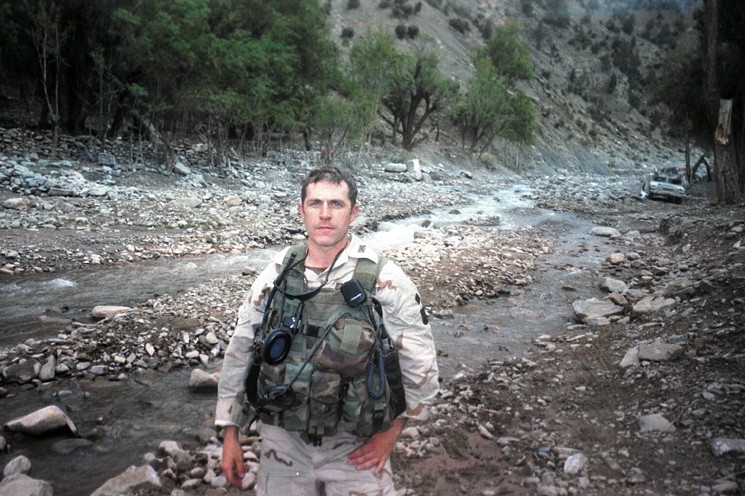 Jason Crow is trying to unseat Mike Coffman.
Courtesy of Jason Crow
Coffman won re-election last fall by more than 8 percentage points over Carroll in another expensive battle. The district tends to vote Democratic at the presidential level, selecting Hillary Clinton by nearly nine percentage points last fall, but Coffman's image as a centrist moderate has appealed to the district's unaffiliated voters, who make up about 36 percent of total voters, a higher percentage than registered Democrats or Republicans.

That said, registered Democrats outnumbered Republicans in the district for the first time last October, a lead that's slowly grown since. Throw in a roughly 10 percent Democratic generic ballot lead based on recent polling largely because of an unpopular president and midterm elections almost always going against the incumbent president's party, and Democrats believe this may be the year they unseat Coffman — though a bloody Democratic primary could very well be the x factor here.

In other words, get ready for another long, expensive battle in CO-6.