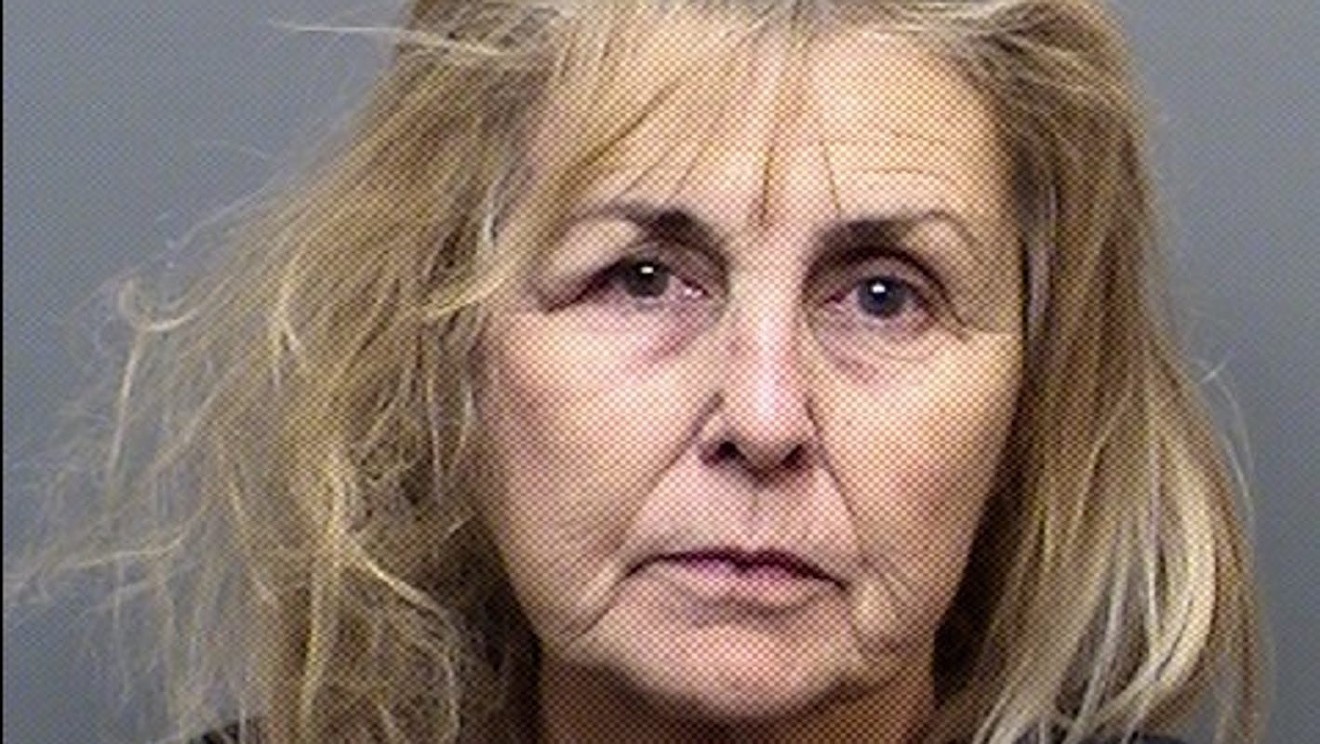 Susan Holmes's 2020 booking photo. Larimer County Sheriff's Office
On April 22, Susan Holmes was found guilty of perjury and attempting to influence a public servant while violating Colorado's red flag law, which creates a process by which family members and law enforcement officials can temporarily restrict access to firearms for individuals deemed a threat to themselves or others.

The Fort Collins woman is scheduled to be sentenced for these felonies on June 1; her punishment could range from probation to six years in prison, with a possible fine of between $2,000 and $500,000. But she's expected to face a lot more legal jeopardy between now and then. She'll reportedly return to court on Friday, April 29, for a status hearing on another two counts related to alleged tampering with a jury (they're also felonies) the day after a couple of additional misdemeanor cases are slated for disposition.

What makes Holmes's situation even more dystopian is that her prosecution flows directly from actions motivated by an enormous personal tragedy: the fatal shooting of her nineteen-year-old son, Jeremy Holmes, by CSU Police Corporal Phil Morris near the university's campus in July 2017. Jeremy had been holding a knife at the time, and Morris opened fire after the teen began moving in his direction. 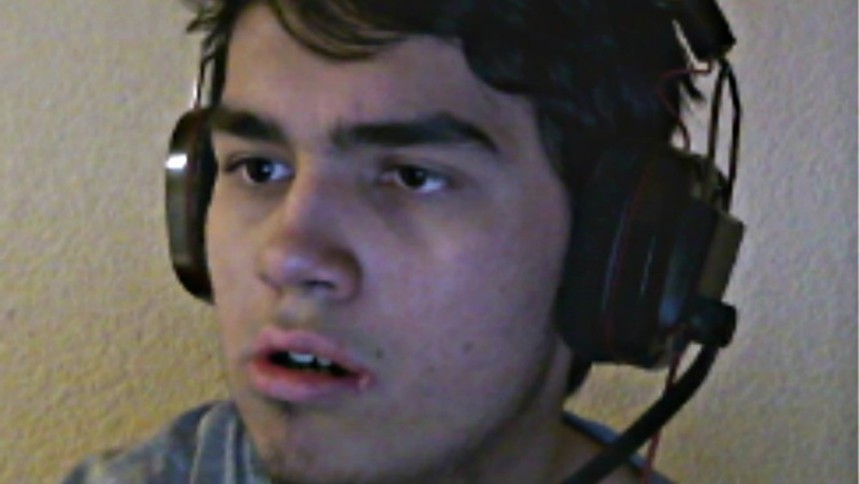 A photo of the late Jeremy Holmes.
Courtesy of Susan Holmes
According to Holmes, Morris and his fellow officers knew that Jeremy was in the midst of a mental health crisis at the time of the shooting. She believes that they unnecessarily escalated a situation that could have been resolved peacefully and was upset that officials refused to release ancillary video edited out of the official body-camera footage that she felt proved her point.

In 2018, Holmes told Westword that the excerpt showed Morris completely losing control as her son lay dying: "All of his blood is flowing out — he's bleeding out right there on camera — and the officer is still pointing his gun at him and screaming at him to drop his knife."

Here's the edited version of the video, which is age-restricted because of its content.
Morris's actions during the shooting were subsequently deemed justified, and authorities refused to release the additional video, despite Holmes's protests. So in early 2020, once the red flag law went into effect, she filed an Extreme Risk Protection Order against Morris by marking a section of the form that read: "I have a child in common with the respondent. (Regardless of marriage or whether you have lived with the respondent at any time.)"

Of course, the child in question was Jeremy, whom Holmes bore and raised and Morris killed — and in an interview with Westword about her actions, she insisted that she'd done nothing wrong. "I consulted two attorneys about that language before filing the ERPO, and one of them was a law professor," she said. "So I actually got legal advice before checking that box. ... I don't feel like I perjured myself. I don't."

At the time, however, ERPOs were a hot-button political issue for the likes of Larimer County Sheriff Justin Smith, who'd publicly advocated against the red flag law. After Holmes deployed her order against Morris, he declared in a Facebook post that her actions illustrated the measure's "tremendous procedural deficiencies" and accused Holmes of "fraud."

After a judge rejected the ERPO against Morris, a warrant was issued for Holmes's arrest, with Larimer County Crime Stoppers declaring her the most wanted person in the entire jurisdiction for the week of January 31, 2020. Several days later, on February 4, she was arrested while taking part in a conversation with a YouTube user known as timmybmn that was being livestreamed. The video of the incident has now been taken down, but it captured officers aggressively entering Holmes's house and forcibly dragging her away as she repeatedly exclaimed, "You're breaking my arm! You're breaking my arm!"

The perjury trial finally got underway more than two years later, and resulted in guilty verdicts.

Neither Holmes nor representatives of the 8th Judicial District DA's Office have responded to Westword's request for comment on the case — which is still far from over, even though nearly five years have passed since the tragic shooting that triggered it.
KEEP WESTWORD FREE... Since we started Westword, it has been defined as the free, independent voice of Denver, and we'd like to keep it that way. With local media under siege, it's more important than ever for us to rally support behind funding our local journalism. You can help by participating in our "I Support" program, allowing us to keep offering readers access to our incisive coverage of local news, food and culture with no paywalls.
Make a one-time donation today for as little as $1.