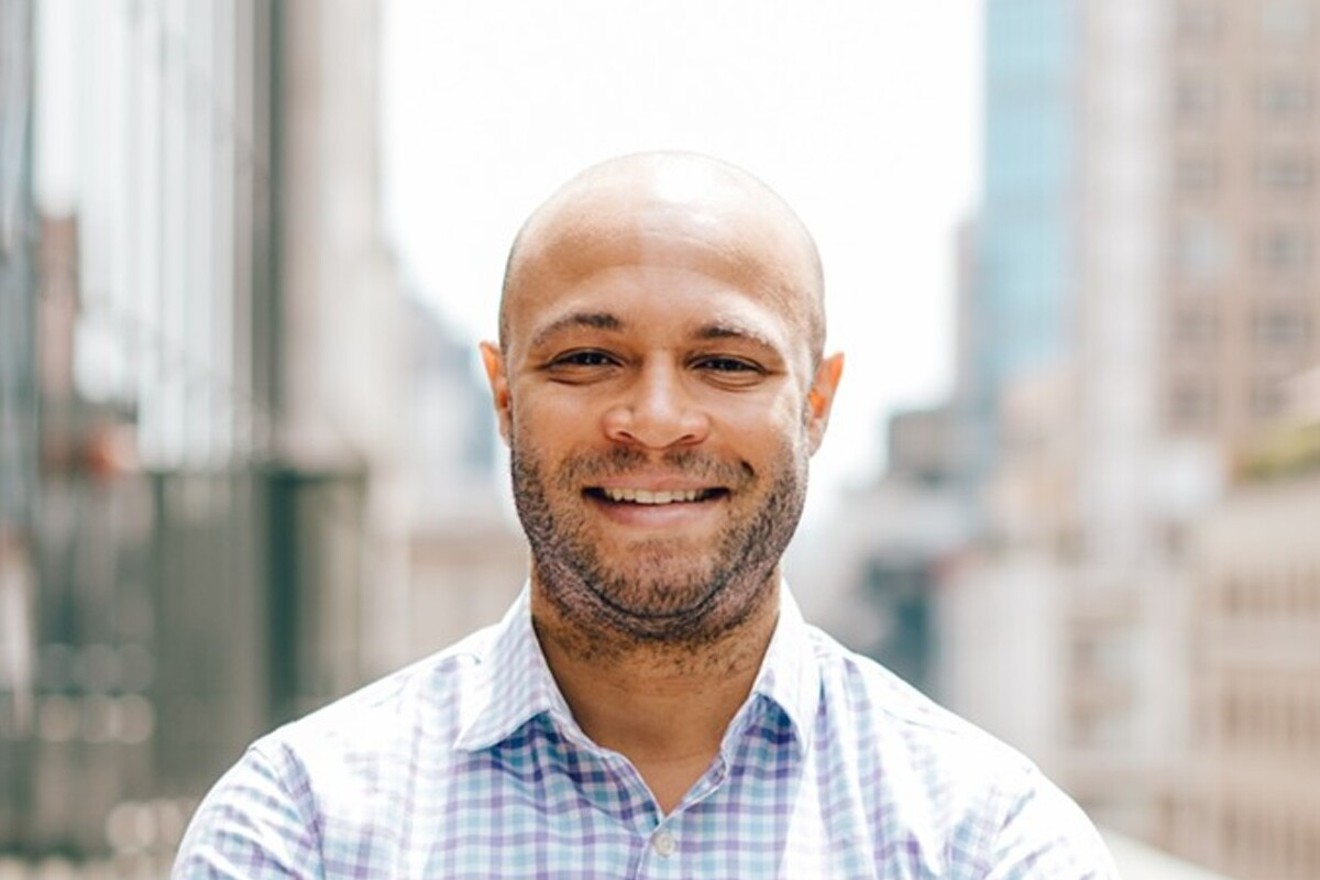 "The stakes in this race could not be higher. We are emerging out of a pandemic, and we're trying to stave off a recession. To me, this is similar to 1983," says Spearman, who consistently invokes former Mayor Federico Peña's "Imagine a Great City" campaign slogan from that election year. "We’ve got to have a clear vision with policies and plans. People are just making broad statements and platitudes without actual concrete plans to solve anything. We need the political outsider."

Spearman — who grew up on the border of the Hilltop and Montclair neighborhoods and graduated from East High School — enters a crowded race, with 25 other candidates running in the April 4 election to replace the term-limited Mayor Michael Hancock, who will finish his third term this summer.

Given how many candidates there are, the mayor's race, which requires a winner to get over 50 percent of the vote in the first round, will almost certainly head to a runoff between the top two vote-getters on June 6.

For Spearman, three dominant issues facing Denver right now are homelessness, crime and the state of the local economy.

"We’ve got to get extremely innovative as to how to solve that problem," Spearman says of homelessness, pointing to innovative work done by Urban Peak on youth homelessness as an example of approaches Denver should emulate.

When it comes to crime, Spearman believes Denver should grow its Support Team Assisted Response (STAR) Program, which sends the duo of a paramedic and a mental health clinician to crisis situations that don't rise to the level of needing a law enforcement response. He would also like to see more neighborhood policing so that cops and community members get to know each other better.

"Study after study shows if you’ve got familiarity with the people patrolling your area, crime and negative perceptions of police officers drop," Spearman says.

And as for making the local economy thrive, Spearman thinks that businesses need more help regarding minimum wage increases. Denver's minimum wage rose to $17.29 on January 1. One solution for these increases would be to give certain tax refunds to businesses that have good employee retention, according to Spearman.

As Denver becomes increasingly unaffordable, Spearman points to the Austrian capital of Vienna's approach to housing as a model to replicate.

Denver could take land that's currently public or buy land that's relatively vacant, he suggests, and then form committees of citizens to come up with an architectural design, an environmental impact framework, community benefits, and workforce housing percentages for new developmentson that type of land.

He also wants to explore transforming Denver Public Schools buildings that are shut down into workforce housing, while turning the actual schools into grocery stores.

Spearman, a cyclist, notes that he "1,000 percent" wants to make Denver a less car-centric city, and he would work on that issue as Denver mayor by building more accessible bike lanes and ensuring that everyone has the "right to safe electric transportation that they can afford."

"The e-bike program is beautiful. It’s absolutely beautiful. And let’s do more of it," Spearman says in reference to Denver's wildly popular e-bike rebate program, which will reopen for applicants on January 31.

Asked about getting rid of parking minimums for new development, Spearman responds, "I think anything needs to be on the table to get more workforce housing."

As Denver explores more adaptive-reuse projects in downtown Denver, a goal that helped inspire the city to hire a chief urban designer in 2022, Spearman wants to see more of those types of projects, without necessarily needing parking to be attached to such development.

"I’m not so sure that we need to go crazy on parking there," Spearman says. "If you speak to a developer about the parking requirement, it kills projects."

Although born and raised in Denver, Spearman has spent must of his adult life elsewhere. He's a graduate of Columbia University, Yale Law School and Harvard Business School, and worked in New York City and Boston, which included a stint at Bain and Company as a consultant. Spearman also worked as a deputy press secretary in 2008 for Mark Udall's successful campaign to represent Colorado in the U.S. Senate.

In December 2020, Spearman, together with other investors, announced that they were taking over the Tattered Cover, a bookstore chain that began in Cherry Creek and ultimately transformed into a powerhouse with a national reputation for its First Amendment fights under second owner Joyce Meskis, who recently passed away. After more than four decades with Tattered, Meskis sold the company to like-minded literature lovers before the eventual sale to Spearman's ownership group.

Spearman's time running the Tattered Cover hasn't been entirely smooth. In January 2022, Denverite published an extensive article focused on employee gripes with Spearman, including claims that staff were being overworked and were struggling with burnout.

"People have got to be seen, and they’ve got to be heard, and they’ve got to be communicated with in a way in which they feel that I see you and I hear you," Spearman says. "This was an incredibly raw time. I understand why people had feelings. I think as we started to emerge as we’ve become less afraid of COVID and have gotten back to normalcy, I'm so proud of what we’ve done at Tattered Cover."

Although he's getting into the race late, Spearman expects to get a financial boost.

The 2023 Denver election cycle marks the first time that candidates have had access to the Fair Elections Fund, a public campaign financing system that matches donations from $5 to $50 at a ratio of nine to one for candidates who agree to lower contribution limits and take donations only from individuals and small donor committees.

Spearman will opt into the fund and will need to show the Clerk and Recorder's Office by January 19 that he's received donations of $5 or more from at least 250 individual Denver residents to qualify for the public funding; January 19 is also the day that petitions are due to get on the ballot. Mayoral candidates can get up to $750,000 in Fair Elections Fund money in the first round. Any candidates who make a runoff are supposed to receive a new allocation of dollars equal to 25 percent of the money they've already received from the fund.


The Denver municipal election will take place on April 4, 2023, with a runoff scheduled for June. Westword will distribute a questionnaire to each of the candidates once the final pool has been established and will publish the results. If you have a question you'd like to see us ask the candidates, email it to [email protected]
KEEP WESTWORD FREE... Since we started Westword, it has been defined as the free, independent voice of Denver, and we'd like to keep it that way. With local media under siege, it's more important than ever for us to rally support behind funding our local journalism. You can help by participating in our "I Support" program, allowing us to keep offering readers access to our incisive coverage of local news, food and culture with no paywalls.
Make a one-time donation today for as little as $1.