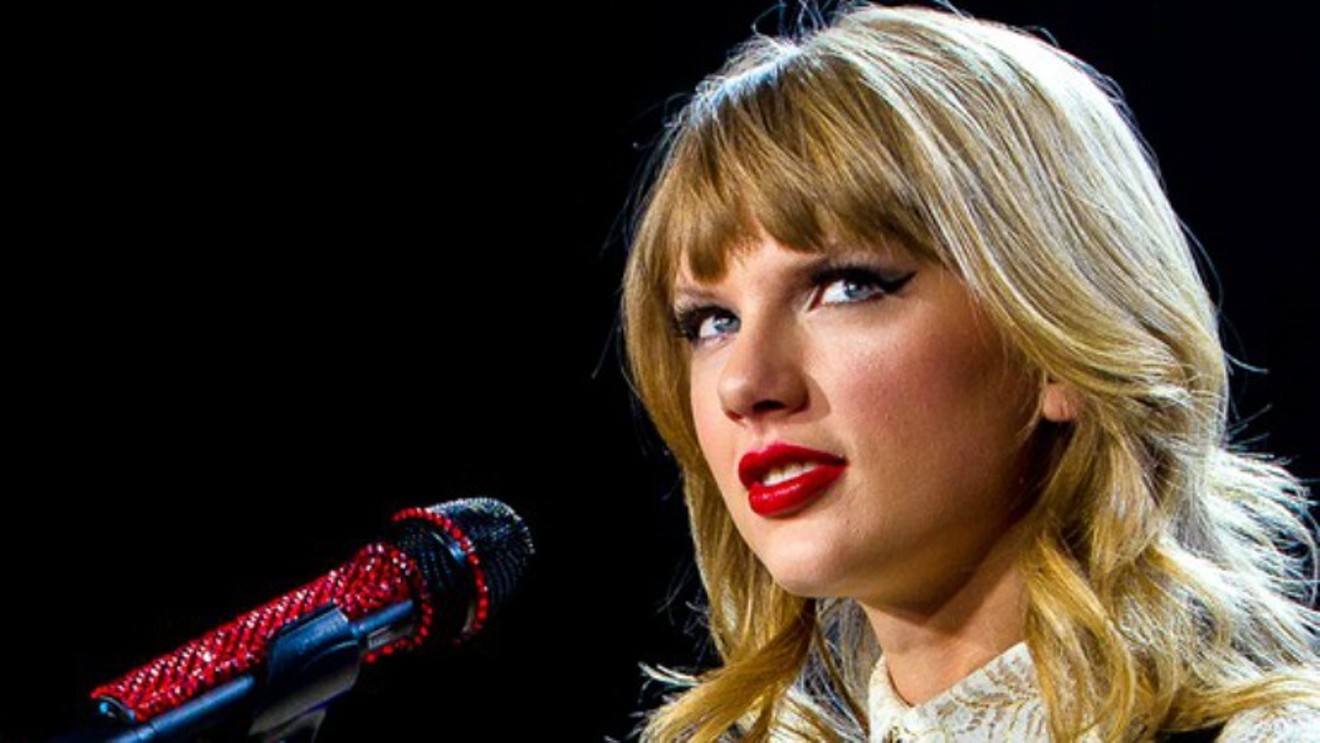 Taylor Swift during the June 2013 Pepsi Center concert at which the alleged butt-grabbing episode took place. Click to see the slideshow "Taylor Swift and Fans at the Pepsi Center." Photo by Eric Gruneisen
Taylor Swift is expected to appear in Denver on or around August 7, but not for a concert. Instead, she will likely be testifying in a lawsuit filed against her by David Mueller, a former Denver DJ who accuses her of getting him fired from radio station KYGO by falsely claiming that he'd grabbed her butt during a meet-and-greet photo session prior to a June 2013 concert at the Pepsi Center. Swift has countersued, maintaining that Mueller "reached up under my skirt and grabbed my ass right when I was having to pose for a photo."

The date is noted in a new order from William J. Martinez, a U.S. District judge based in Denver; it's accessible below. Although the ruling tosses out a Mueller claim related to slander, Martinez has determined that his assertions in regard to "intentional interference with contract" and "tortious interference with prospective business relations" will move forward.

In his original lawsuit (which mentions Westword's inquiries into the matter), Mueller insists that he never groped Swift and blamed her accusations for his loss of a $150,000-per-year gig at KYGO. Swift subsequently countersued.

After being petitioned by attorneys representing both Mueller and Swift, a judge refused to release a photo of the pair that was thought to show the moment in question — but TMZ got hold of a copy anyhow, as seen here. 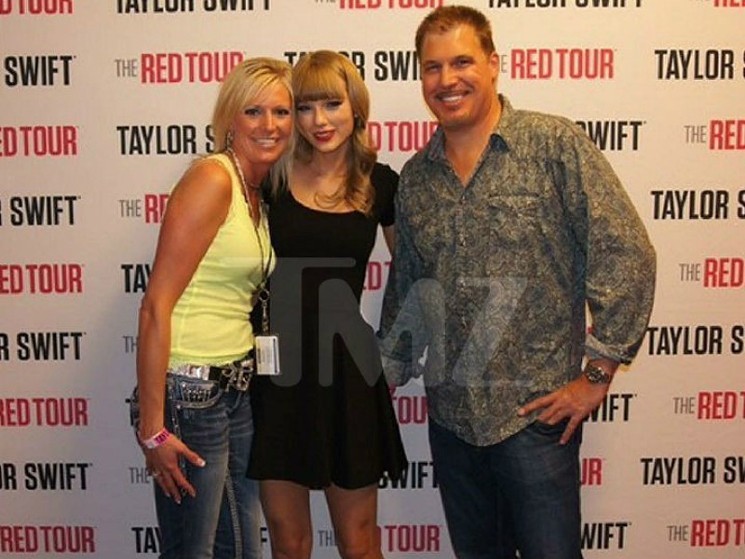 The alleged "sexual assault" photo featuring Taylor Swift and Denver DJ David Mueller, seen with KYGO's Shannon Melcher, that was obtained by TMZ.
TMZ
Swift's defenders immediately seized on the image as proof that Mueller was guilty. But during an appearance late last year on Mojo in the Morning, a Detroit radio program, Mueller swore he'd done nothing wrong. While he acknowledged that he did touch Swift while posing for the photo, he portrayed the contact as innocent — and he passionately denied reaching under her skirt and clutching her behind.

"My right hand — I'm looking at the photographer and I'm trying to, you know, get my right hand behind Taylor," Mueller said. "Because Shannon [Melcher, his onetime KYGO co-host] was on the other side of Taylor, okay? My other hand, I think, was on my belt or on my pocket — my left hand. So my right hand, I've got my hand down and my palm closed and I reach behind toward Taylor. Our hands touched and our arms crossed. That's all I remember."

In his view, being publicly condemned by Swift "is actually the worst possible scenario for me, because if I was arrested, I would have my day in court. You're innocent until proven guilty. I would have a chance to defend myself in criminal court. I never got a chance to defend myself. I never got my day in court. My program director never came to my assistance at the arena that night. The police never showed up. I didn't know what to do."

Another shot of Taylor Swift at the Pepsi Center in June 2013.
Photo by Eric Gruneisen
In an amended complaint, Mueller argued that Swift's accusation of him constituted slander. Judge Martinez didn't buy that. In the order, he wrote, "There would appear to be nothing improper about Swift — or any other person — making an honest report to an entity with which she does business that one of its employees assaulted or harassed her."

Hence, Martinez tossed the slander allegation — but he left other accusations alive.

We won't know until August what information Mueller has amassed to support his claims — but a footnote in the order reveals that he'll be shorthanded to some degree.

"The Court is dismayed to learn that contemporaneously-created evidence regarding the central disputed events in this case was lost in entirely preventable circumstances," the item states. "This is especially troubling because it appears that Mueller was already consulting with his lawyer about possible legal action at the time the audio files were edited and lost...but it is more troubling that counsel failed to assure this evidence was preserved."

Even without these files, Mueller will still get a chance to encounter Swift in Denver again — and the date is just a little more than two months away.

Click to read the order granting summary judgment in part.