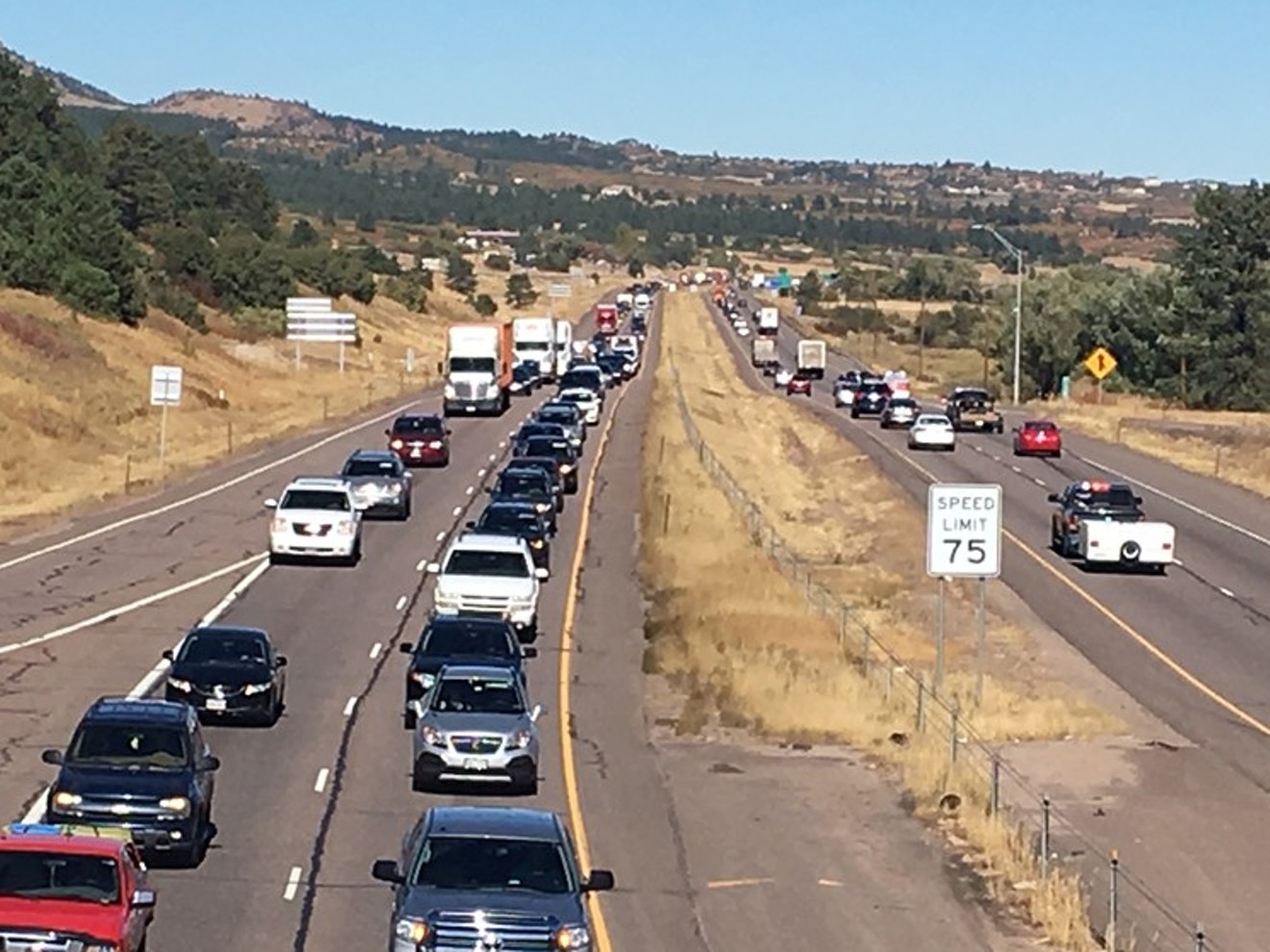 CDOT
What to do about traffic congestion? That's a question that probably keeps more than one Colorado Department of Transportation employee up at night.

CDOT is proposing at least one fix to a problem known as "The Gap." The treacherous eighteen-mile stretch of Interstate 25 between Castle Rock and Monument could be expanded to include a toll lane. But that proposal makes many who live near The Gap uneasy, dredging up complaints about transportation woes from other readers, too. Says Jack:


First we pay for the roads, then we pay to drive on the roads?!? Quit bending us taxpayers over.


Tired of all these toll roads!!.. Where are our tax dollars going?.. It’s not the roads and it’s not the schools!!


Tolled, why?! Traffic is heavy, slow and dangerous in that area even during weekends. But CDOT is willing to spend millions testing Hyperloop....We need better highways now.


A transit lane with a train would make much more sense. Colorado is awesome in so many ways, but transportation issues haven’t changed. I think students who failed municipal planning get hired at CDOT and get to make horribly planned road maintenance.


Yes, the more toll roads the better. I love having the option of paying a little extra to not sit in traffic.


It'll probably be used just as often as the other toll lanes are.


Keep reading for more stories about transportation in Colorado.