Reader: People Still Get Their News From Local TV? 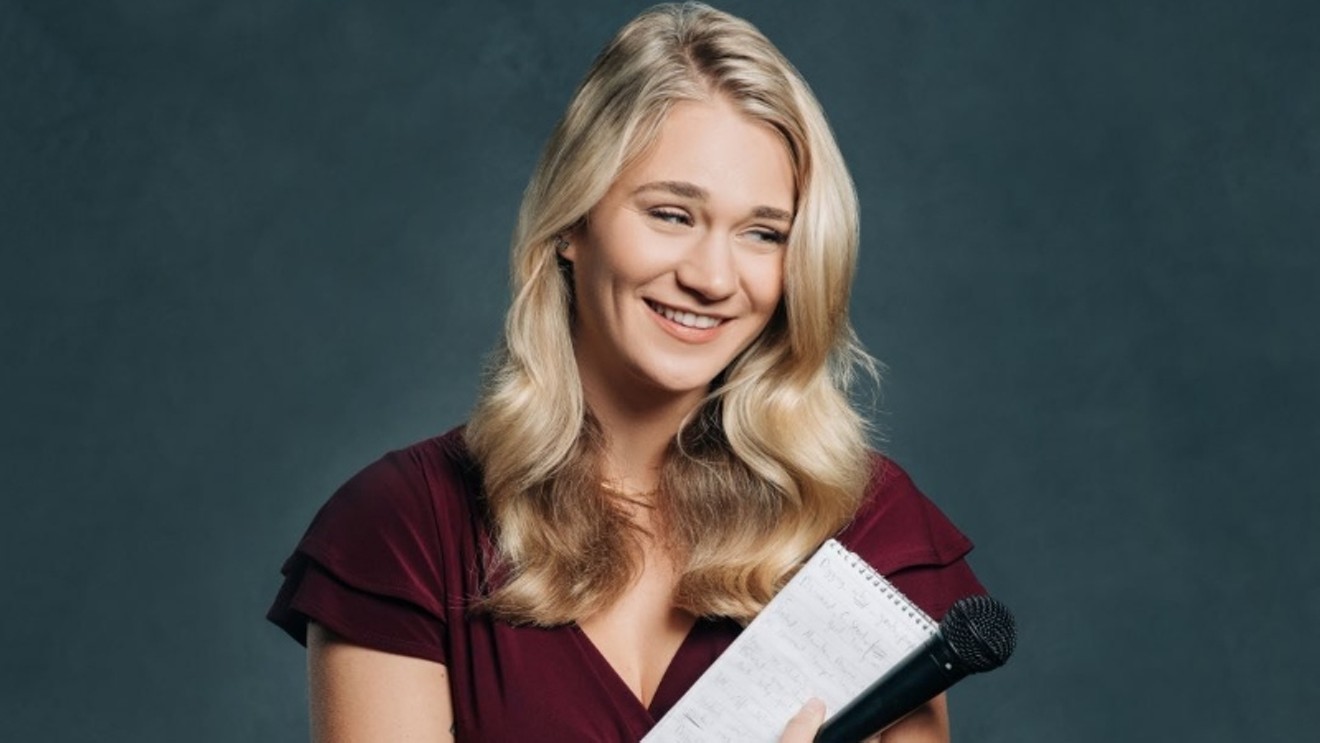 Aimee Lewis left Fox31 last fall. Sam Interrante
Fox31 has seen a major exodus of on-air personnel over the past eighteen months, including Aimee Lewis, a Fox31 reporter from August 2020 to the end of October 2021.

Today, Lewis is a digital marketing specialist for Winter Park Resort. She's also the creator of Live at Five, a fascinating podcast that serves as a devastating takedown of local TV news and reveals how and why her dream job turned into a nightmare. "I can’t stop bad things from happening to good people," Lewis says at one point. "But I can stop advertising it."

In their comments on the Westword Facebook post of the Aimee Lewis story, people have plenty to say about local TV...and a certain other media outlet. Says Katrina:

I was interviewed by her and she was doing it all, being the camera person and the reporter, so I get it.

News stations make you work like a dog. This also has the signs of bad management and a changing news scene.

People still get their news from local TV?

Interesting, valuable interview. The bias is human and in some cases, like Murdoch, certainly intentional. Adults know that, but it's very subtle with the photos chosen of a person, the stories covered and the parts of the "facts" chosen to reveal. If a pretty white girl is missing, it's all hands on deck — but 38 percent of the 521,705 missing in 2021 were Black and 51 percent were male. The constant emotional porno she describes, covering of the parents of a dead child, is another loss of credibility with the TV media, along with the ever present "crying women journalism." People want facts and data and will get it somewhere, and online is where they go, even though the information highway is also the MISinformation highway. The skills needed to tell truth from fiction are much more complex now and the technology to deceive is much more effective.

Welcome to most modern media being owned by investment bankers.
Absolutely no surprises here at all.


I know I'm the outlier, but I *do* watch local news to find out about local events. I don't follow every museum and local non-profit on social media, so when her former goofy colleague does a morning live shot from something I don't already know about, I'll make a note that that event or exhibit might be a thing I want to attend. In fact, I recently went to a trivia night hosted by another of her former colleagues that I learned about on-air.

I beg to differ with her statement about having to make something out of nothing. I am an avid newswatcher and have been since childhood, but more and more, I find myself wondering why there's no THERE there. Oh, sure, they skim over the basic facts but if they really want to fill time, more in-depth reporting would be helpful. The WHYS are most often missing, or the WHAT HAPPENS NEXTS, or WHAT'S THE RELEVANCE and CONTEXT? Local news could certainly do better with analyzing and putting stories into context, but the only program who comes close is Next at 6 p.m. on Ch. 9. At least they do cover politics, which Channel 7 doesn't or else glosses over (I do not and will never watch a Fox station). It's like they ask themselves, 'How much less can I tell people about this?'

It's why I appreciate Westword, which often does go more in-depth on an issue. Thank you.


But then there's this from Cameron:

Yeah, it’s so crazy people at Fox31 get offered other jobs or have children or want to move…. Westword just keeps getting more pathetic.


We could only wish the turnover rate at Westword was so high...

Which stations do you watch? What do you think of local TV news? And Westword, for that matter? Post a comment or share your thoughts at [email protected]
KEEP WESTWORD FREE... Since we started Westword, it has been defined as the free, independent voice of Denver, and we'd like to keep it that way. With local media under siege, it's more important than ever for us to rally support behind funding our local journalism. You can help by participating in our "I Support" program, allowing us to keep offering readers access to our incisive coverage of local news, food and culture with no paywalls.
Make a one-time donation today for as little as $1.