Video: Boulder Jail Deputies Beat an Inmate for Spitting on a Window 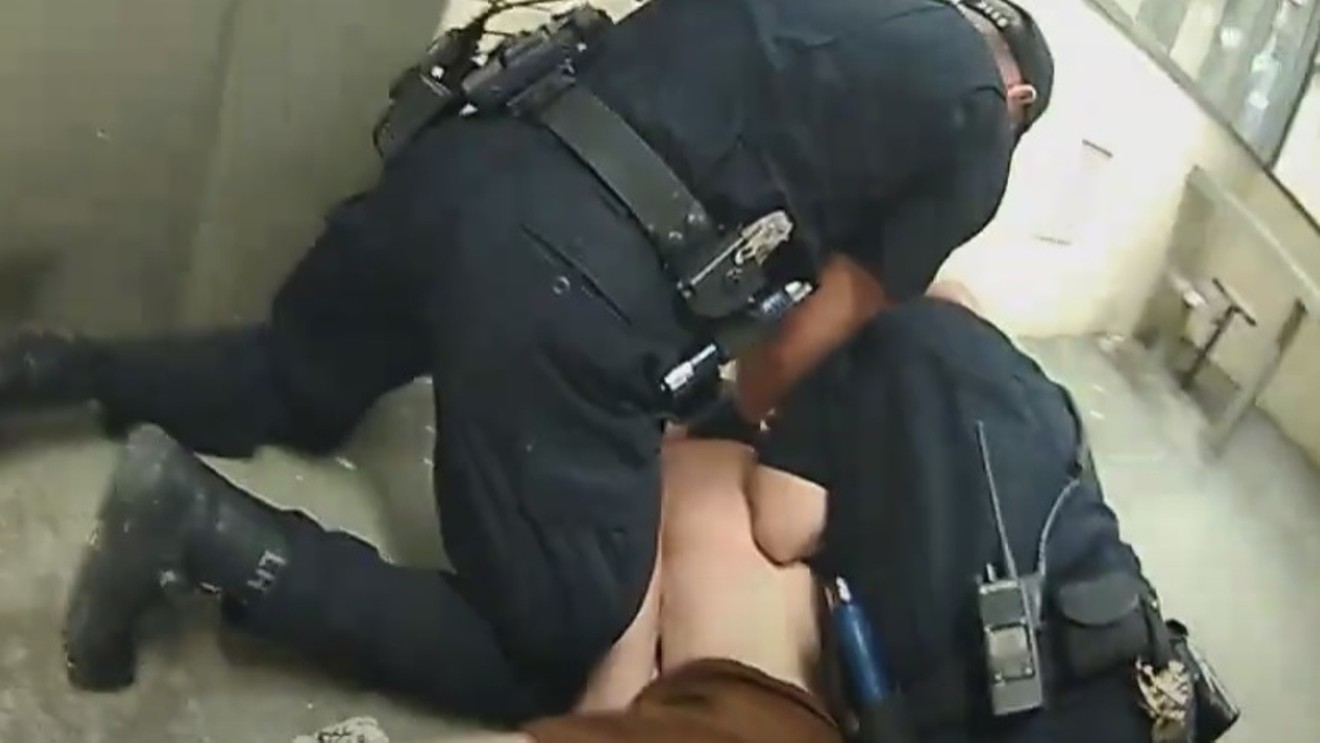 "Kyle was completely not a danger to anyone," says attorney Scott Jurdem of Boulder-based Jurdem, LLC, who represents Termin. "He spit on safety glass inside a fully locked room. They didn't have to run in there and do what they did. They chose to do that."

Jurdem requested that Westword not publish the complaint, filed on September 6 against deputies Gene Taylor, Mario Moore and Don Sheppard as well as Boulder County Sheriff Joe Pelle in his official position, because it contains a great deal of medical information about Termin that would otherwise be private. But he offers background on the inmate's condition and circumstances, as well as details about the episode itself.

"Kyle has mental health issues," Jurdem says, "and he had gone to the Colorado Mental Health Institute in Pueblo on a previous incarceration last year." After being restored to competency at the hospital in Pueblo, "he was returned to Boulder County Jail, where he was basically a model prisoner. He resolved these misdemeanor cases and got credit for time served and was released in August of 2021. But he was a transient, and after he got back out on the street, he eventually went off his medication and got into some trouble."

These matters were minor, too, Jurdem stresses: "He had three cases of shoplifting, where the items stolen were food. In one case he took cereal, and in another, he took a six-pack of beer. And he had a job at Jimmy John's and got into an altercation with his boss and was charged with third-degree assault. But that behavior was all connected to his mental health issues. When the medication was working, he was very polite, very calm."

Termin didn't appear at subsequent court hearings over the offenses — a common occurrence among transients, Jurdem emphasizes. He was arrested again and incarcerated on November 26, 2021, and in the weeks that followed, "there were notes in his file that said Kyle as going back to his old ways — and by that, they meant he had some behavioral problems that were creating some difficulties at the jail because of his mental health deficits," his attorney says.

Then, in December, Termin allegedly spit on a deputy, resulting in a charge of second-degree assault — the first felony on his record. This beef guaranteed that he would stay in custody, but he remained a pre-trial detainee. "He was presumed innocent of all these offenses," Jurdem points out. "And it's not like he was an extremely dangerous person. He was a person with mental health issues who needed help."

Not a lot of assistance was forthcoming. According to Jurdem, dozens of inmates at Boulder County Jail who would have benefited from treatment at the state mental hospital couldn't be transferred there because no beds were available, leaving them to linger on a waiting list.

Over the months that followed, Termin's security status fluctuated. When things were going well, he was part of the "special management" unit, designated for inmates with mental health challenges who were considered manageable. When they weren't, he was placed in the disciplinary module, "which is very restrictive," Jurdem says. "He was in an individual cell for all but one hour and fifteen minutes a day, and the time he got out, he was in isolation."

This was the scenario on April 4. "They let Kyle out of his cell and took him in handcuffs, leg irons and a belly chain across what's called the day room, where other inmates might be, to the sub-day room, a little room off the day room that's completely locked and has a phone. It's the only place inmates in discipline get to make phone calls," Jurdem relates. "So they locked him in the sub-day room, and apparently at some point, he made a gesture. I don't know that it was actually an obscene gesture, but it was something — and he also spit on the glass. But again, no one was inside with him. He was inside a hardened isolation cell that could have taken a mortar blast and he still would have been safe. He was in there, and he couldn't hurt anyone."

Nonetheless, "Deputy Taylor didn't like what he did, and he got deputies Sheppard and Moore and they went in there," Jurdem says. "Kyle told them, 'I need to call my lawyer,' and then the incident happened. He was basically smashed three times in the face with a closed fist and kneed in the ribs four times, even though he was fully shackled, with leg irons and a belly chain, and almost naked. He was only wearing underwear and flip-flops."

Continue to see an excerpt from video taken by Moore's body-worn camera. Warning: The contents may disturb some readers.
To Jurdem, what happened to Termin "was beyond the pale. No one in this community would think this was appropriate treatment for somebody with mental-health problems and a very minor record. So we're seeking damages in this case, and we're also hoping to permanently alter the policy and practice of these individuals and entities, so that incarcerated pre-trial detainees receive some care and treatment that would be more consistent with what we in this community expect."

Boulder County Sheriff Pelle has talked for years about the difficulties of dealing with mentally ill inmates, and Jurdem concedes that the issue is systemic. Still, he maintains that "historically, jury verdicts have changed the system. It's an unwieldy way to change it, but the jury sends a message that this isn't okay, and then the system changes."

Boulder County Sheriff's Office public-information specialist Carrie Haverfield offers this statement about the complaint: "The Boulder County Sheriff’s Office has not yet been served with a lawsuit filed by Kyle Termin. However, an incident involving Mr. Termin is the subject of an active internal investigation with the Sheriff’s Office. The Sheriff’s Office takes allegations of misconduct by its employees seriously and will await the outcome of the investigation to determine what actions, if any, are appropriate with respect to the incident."
KEEP WESTWORD FREE... Since we started Westword, it has been defined as the free, independent voice of Denver, and we'd like to keep it that way. With local media under siege, it's more important than ever for us to rally support behind funding our local journalism. You can help by participating in our "I Support" program, allowing us to keep offering readers access to our incisive coverage of local news, food and culture with no paywalls.
Make a one-time donation today for as little as $1.