What's Not Getting Reported About Denver Real Estate

Victoria Macaskill listed this three-bedroom, two-bathroom, 2,145-square-foot home in Sunnyside at $725,000. my.matterport.com
This month, a new report from the Denver Metro Association of Realtors revealed that the average home sale price for the Mile High City in April hit $553,371, an all-time high. But while the development made for grabby headlines, Victoria Macaskill, an independent broker and co-owner (with husband Mike Unruh) of Denver Homes, says focusing on this information can lead to a skewed and misleading impression about what's really going on in the local real estate market right now that is regularly leading sellers astray.

"They're like, 'The prices are at an all-time high!' and that's how they want to set their price," she notes. But doing so could backfire in a big way, in her opinion, which is why she feels "sellers need a re-education process."

Fortunately, she's got the data needed for just such a task.

Each month, Macaskill, who works primarily in Denver and Jefferson counties, digs into the DMAR digits, and in her opinion, the April figures illustrate the dangers of focusing on month-to-month changes as opposed to year-over-year.

For example, that record-setting average price of $553,371 jumped up 4.55 percent over March — but in comparison with April 2018, as seen in the following graphic, it represents an increase of just 1.51 percent.

denverishome.com
"That's a big difference," Macaskill points out — particularly when the 1.51 percent figure is placed alongside the one notched during the previous twelve-month period. From April 2017 to April 2018, the average price rose a rate nearly eight times faster, 11.79 percent.

"Those data points aren't being reported on," Macaskill feels, "which is why everyone thinks it's a strong seller's market. I'd say it's an active market and a balanced market, but not a seller's market like the one we were experiencing even a year ago."

Those aren't the only stats in the graphic above that Macaskill considers important to highlight.

The numbers show that housing inventory went up 11.44 percent from March to April and more than 27 percent since April 2018. That's a big reason that homes are staying on the market much longer, especially of late. The current average of 28 days is down by 12.5 percent in just a month even though the span remains 27.27 percent ahead of the pace on a year-over-year basis.

Macaskill stresses that the bottom hasn't fallen out of the Denver real estate biz. "It's still steady and consistent, but it's not the frenetic market of two years ago. Because sellers are overpricing, though, houses are sitting on the market longer. We're seeing a price reduction on 30 percent of homes before they sell because buyers right now have more choices, and they can be more selective."

For this reason, Denver properties that Macaskill describes as "just four walls and a roof" have lost a lot of their appeal. "Homes that are on a busy street or have some location problems or haven't been prepped for sale the right way are not going to get the traction the sellers expect. And everything is very price-point dependent." 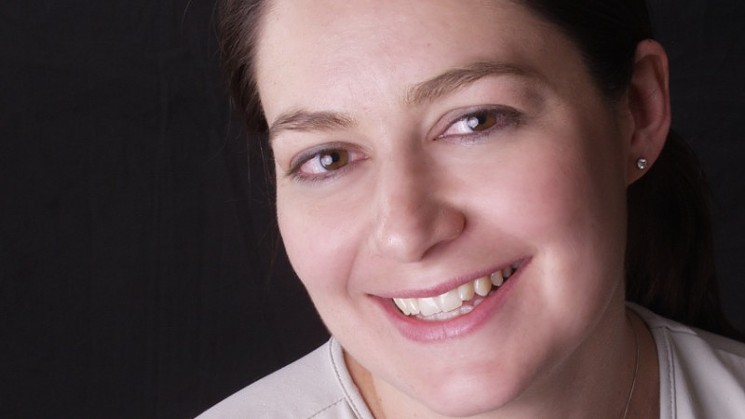 Victoria Macaskill flips houses in addition to helping to buy and sell them.
Courtesy of Victoria Macaskill
For instance, she goes on, "the entry-level market, the sub-$450,000 market, is going to be much more competitive than the $1 million market, but it's not as active as it was from what I've seen. People may still get multiple offers, but instead of eight bidders, there might be two, or even a single bidder. Those homes may still sell for at or above asking price, but things seem to have retracted slightly. "

These shifts also affect house flipping, another activity in which Macaskill engages. "My husband and I fix and flip and do the occasional build," she reveals, "and you can still flip and have it make sense. In fact, I think the market has actually improved for flippers compared to last summer, especially as homes are sitting on the market longer and having price reductions. And buyers will pay a little more for homes that have been renovated — but the margins just aren't as big as they used to be."

More opportunities could be coming by way of distressed properties. The supply is still modest: Macaskill divulges that notices of foreclosure sales went from eleven in Jefferson County circa April 2018 to 27 last month, and from twelve to 32 in Denver County over the same period. "It's not a trend yet," she warns. "It's not that dramatic. But it's curious, and worth keeping an eye on."

In the meantime, Macaskill offers this takeaway for sellers: "Price accordingly, as there is more inventory for buyers to choose from. If you need to adjust your price, do so quickly, as it’s difficult to engage buyers once they move on."
KEEP WESTWORD FREE... Since we started Westword, it has been defined as the free, independent voice of Denver, and we'd like to keep it that way. With local media under siege, it's more important than ever for us to rally support behind funding our local journalism. You can help by participating in our "I Support" program, allowing us to keep offering readers access to our incisive coverage of local news, food and culture with no paywalls.
Make a one-time donation today for as little as $1.