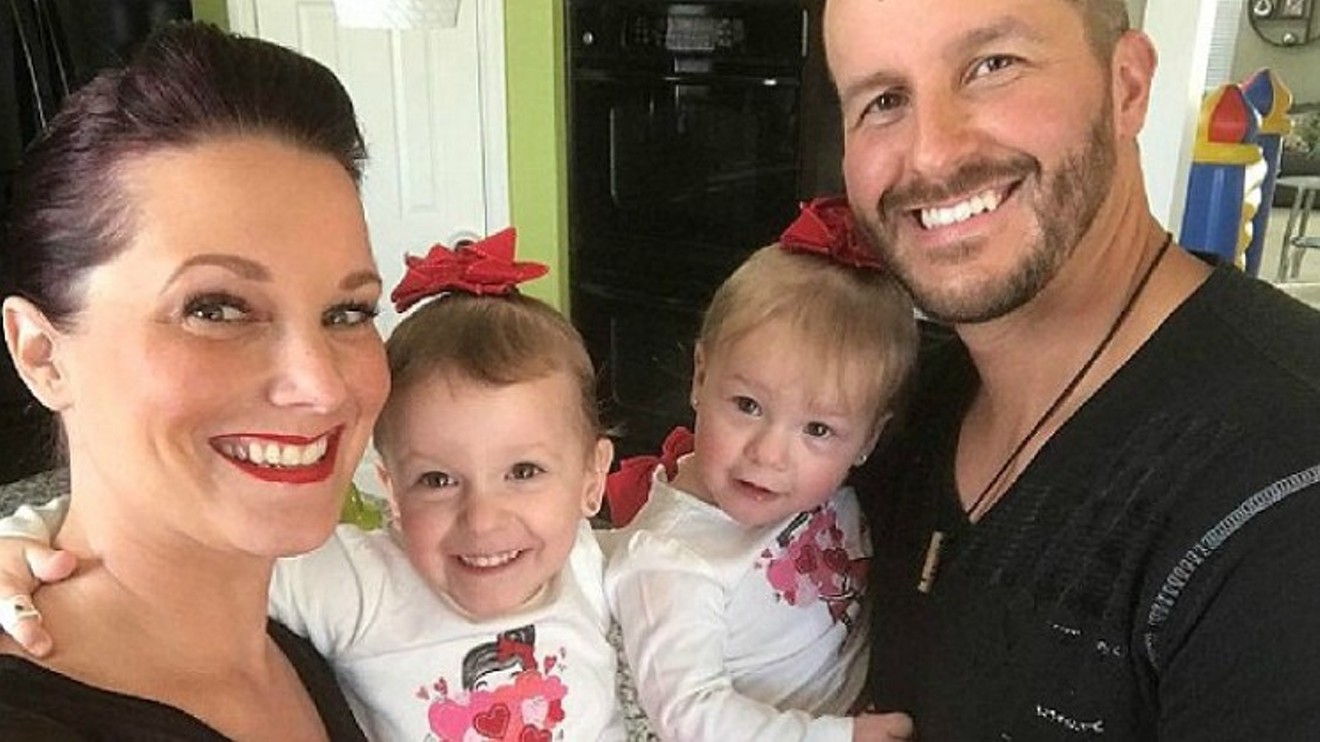 The Watts family before the tragedy. Family photo via crimeonline.com
Editor's note: Chris Watts was sentenced to five life sentences, three of which will run consecutively, at a court hearing on November 19. Continue for our previous coverage.

At 10 a.m. this morning, November 19, Frederick's Chris Watts will be sentenced for the murders this summer of his pregnant wife, Shanann, and their two daughters, three-year-old Celeste and four-year-old Bella. But unfortunately, this formality won't be the last time we hear about him or his terrible acts. Indeed, thanks to the continuing popularity of true-crime programming on a variety of platforms, we're likely to be reminded about the events of August 13 for years to come.

That month, we noted that the Watts tragedy was only the latest Colorado crime to grip the national imagination — and like many of the others that came before it, including the 1996 murder of JonBenét Ramsey, the 1999 massacre at Columbine High School and the 2012 Aurora theater shooting, it involved people who resided in a wonderful place and seemed to have ideal lives when their world was shattered by horror.

The Watts affidavit lays out the case in the sort of prose that's chilling in its neutrality.

At around 1:40 p.m. on the 13th, the report begins, a Frederick police officer was dispatched to the Watts family home at 2825 Saratoga Trail after a friend of Shanann's, Nicole Utoft, expressed concern about the woman, who was fifteen weeks pregnant and hadn't been feeling well after returning from a business trip to Arizona.

A memorial placed on the lawn of the Watts family home after the news broke.
newschannel5.com screen capture
Specifically, Utoft was alarmed that Shanann wasn't answering phone calls or text messages and had missed a doctor's appointment earlier that morning. Moreover, Utoft's attempt to enter the Saratoga Trail residence via the front door was prevented by a latch that wouldn't open more than a few inches.

At first the officer couldn't gain entry, but he was able to reach Chris, who came over within minutes and let him inside. However, Shanann and the kids weren't there.

In conversation with the officer, the document notes, Chris said that earlier that morning, he and Shanann had talked about "marital separation," with him informing her that "he wanted to initiate" the split. Still, he insisted that their conversation was "civil... . They were not arguing but were emotional."

Over the next couple of days, the tale told by Chris — who had made public appearances calling for his family's safe return in the interim — started to shift, in part because an investigation had turned up evidence that he "was actively involved in an affair with a co-worker, which he denied in previous interviews."

Shanann Watts with daughters Celeste and Bella.
Family photo via CNN
Following nearly three lines blotted out in the version of the document released to the public, the narrative picks up with Chris promising to tell the truth of what happened if he was allowed to chat with his father. Once that conversation was completed, he told investigators that after informing Shanann that he wanted a separation, he walked out of their bedroom — but upon his return, he saw in a baby monitor on her nightstand an image of Bella "'sprawled' out on her bed and blue, and Shanann actively strangling Celeste," the affidavit recounts.

At that point, Chris said he "went into a rage and ultimately strangled Shanann to death" before loading all three bodies onto the back seat of his work truck and heading to an area near two oil tanks. He revealed that he buried Shanann near the tanks and dumped the girls inside them. Their remains were subsequently recovered.

As is clear from the charges pressed against Chris by the Weld County District Attorney's Office, detectives didn't buy the assertion that Shanann actually killed her daughters. Nonetheless, Chris's claims provided the media with yet another element with which to enthrall cable-news watchers from coast to coast — and more continued to crop up over the weeks that followed.

Earlier this month, Watts entered a guilty plea. Next, his mother came forward to argue for him to rescind his confession, since she didn't believe he was capable of such brutality. She was followed into the spotlight by Watts's mistress, Nichol Kessinger, who said she thought he was divorced and castigated him for lying to her throughout their relationship. 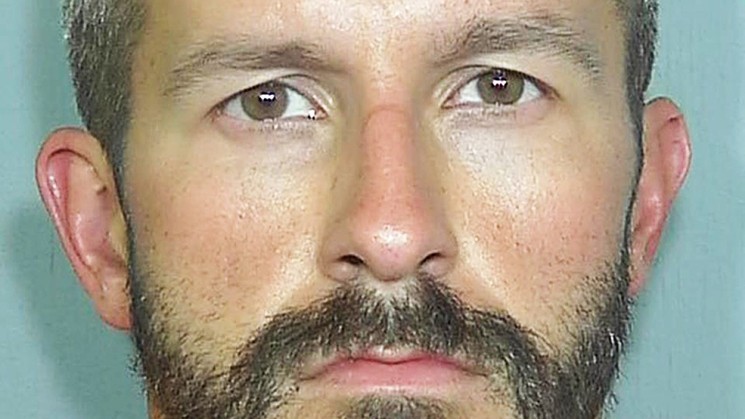 Chris Watts's booking photo.
Weld County Sheriff's Office
This multiplicity of voices, as well as the assorted plot twists and plenty of family photos of the sort seen here, are just what producers of true-crime programming need to transform headline-making offenses into compelling storytelling — and Colorado stories have gotten such treatment again and again in recent years.

Think about the disappearance of Denver's Kelsie Schelling, who, like Shanann Watts, was pregnant when she vanished in 2013, as emphasized in a broadcast on ABC's 20/20, among other national outlets. Or the matter of Harold Henthorn, convicted of shoving his second wife off a cliff and suspected of killing his first spouse in a manner meant to look like an accident — details shared by CBS's 48 Hours and other network and cable purveyors. And an account about Ralph Candelario's murder of his wife in Walsenburg has aired several times on Dateline NBC since its 2016 debut.

Given that Watts's sentencing was a significant item on this morning's CBS national newscast, expect the same thing to happen in this case. Network shows, cable-news specials, podcasts: There are now so many outlets for this kind of tale.

The sentencing of Chris Watts will take place in Division 16 and 17 on the third floor of the Plaza West building, 910 10th Avenue in Greeley. At 1 p.m., three hours after the hearing begins, members of the prosecution team are scheduled to hold a press conference in the Plaza West Jury Assembly Room on the building's first floor.

Click to read the Chris Watts arrest affidavit and charging documents.
KEEP WESTWORD FREE... Since we started Westword, it has been defined as the free, independent voice of Denver, and we'd like to keep it that way. With local media under siege, it's more important than ever for us to rally support behind funding our local journalism. You can help by participating in our "I Support" program, allowing us to keep offering readers access to our incisive coverage of local news, food and culture with no paywalls.
Make a one-time donation today for as little as $1.