Larimer Square Has Been Sold: Here's a Brief Restaurant History 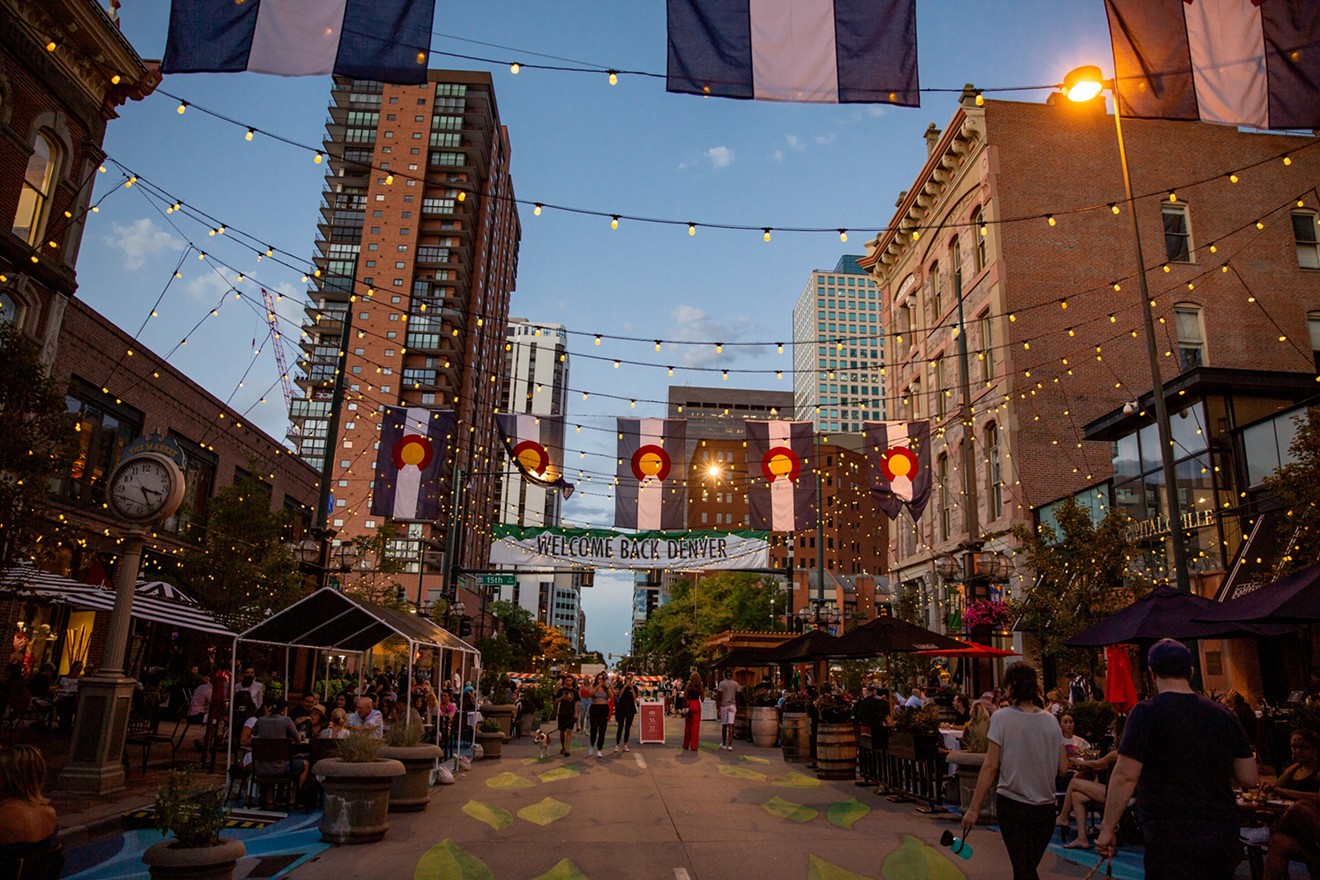 This summer saw Larimer Street closed to traffic, with plenty of outdoor seating to make up for in-house dining restrictions. Courtesy of Visit Denver
Larimer Square may never be the same. On December 15, Asana Partners closed a deal to purchase 25 properties with nearly 250,000 square feet of space on Larimer and Market streets between 14th and 15th streets. The seller was Jeff Hermanson, who has owned Larimer Square since 1993 and has been one of the driving forces in making the block one of Denver's top restaurant destinations over the decades. (The sale price was $92 million, according to BusinessDen.)

Even before Hermanson took over, Larimer Square had its share of fine dining establishments and fun family eateries (if you didn't eat crepes at the Magic Pan in the ’70s, your Denver childhood was incomplete). Larimer Square first came together as a single entity in 1971 under the ownership of Dana Crawford, who saved many Larimer Street edifices from the wrecking ball in the ’60s. Crawford sold the Square to the Hahn Company in 1986, which sold it to Hermanson. 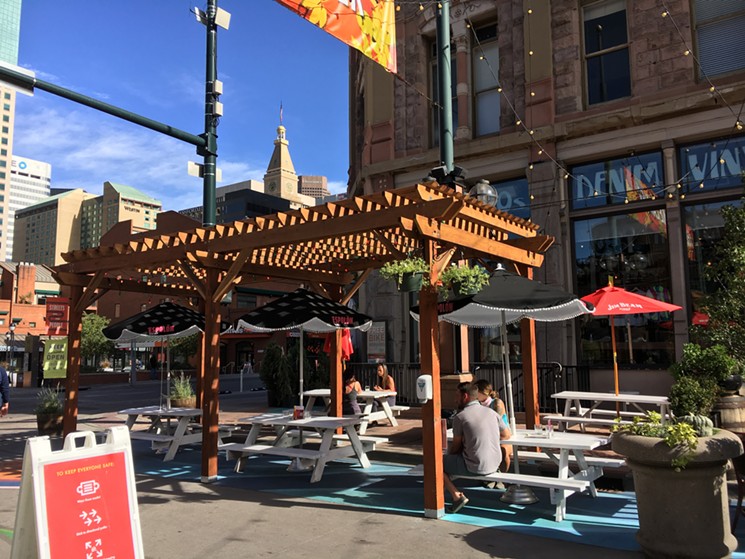 Today's Larimer Square.
Mark Antonation
Since its founding, Larimer Square has been home to some of Denver's top restaurants, including the classic Laffite's, where longtime Denverites slurped oysters. Hermanson owned Josephina's, an Italian joint that lasted thirty years before fading away. Half of Josephina's was turned into Rioja, which opened in 2004, and the other half was turned into Corridor 44.

Other long-running favorites were The Market, which just closed last spring (and is now occupied by several independent vendors, including Lala's Bakery, which is replicating the Market's Spring Fling cake), and Soapy Smith's, which gave Larimer Square some gritty cred from 1977 to 2000. A decade after Soapy Smith's closed, Euclid Hall brought a hip, fun vibe to 14th Street, until it closed on March 16, facing an expiring lease and pandemic-related shutdowns.

Larimer Square even had an early, if short-lived, entry into the brewpub scene with Champion Brewing, which lasted from 1991 to 2000, where Cru Food & Wine Bar is now located. Back then, a barrel arch — similar to the Kettle Arcade that leads past Russell's Smokehouse to Bistro Vendôme — ran from Larimer Street to a hidden walkway behind the shops; that passageway is now blocked by the Capital Grille on one end and the entrance to Bistro Vendôme on the other.

Larimer Square continues to attract locals and tourists alike with top eateries and watering holes; Rioja, Osteria Marco and TAG all made our Eat Here list of restaurants we can't live without this year.

Here's the rundown of current food and drink establishments on Larimer Square, along with many others that have come and gone:

*Some of these may be temporarily closed because of current COVID-related restrictions. 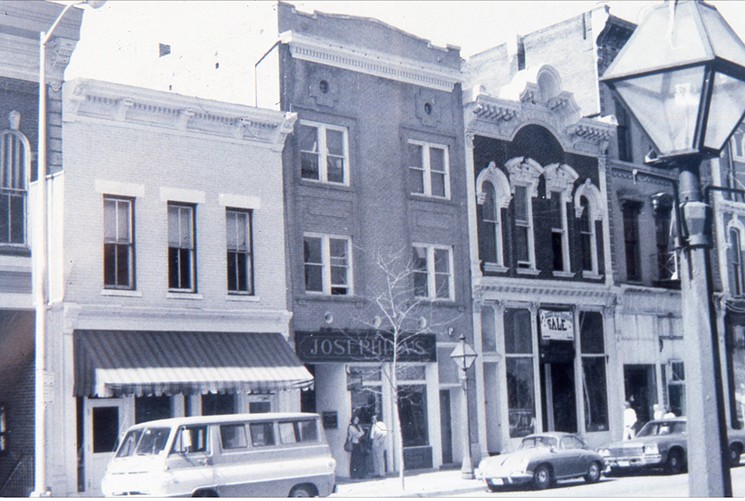 Do you remember any other Larimer Square restaurants, bars, cafes or other food and drink establishments that aren't on our list? How about the name of the Mexican joint in the basement in the late ’60s? Let us know in the comments, or send an email to [email protected].
KEEP WESTWORD FREE... Since we started Westword, it has been defined as the free, independent voice of Denver, and we'd like to keep it that way. With local media under siege, it's more important than ever for us to rally support behind funding our local journalism. You can help by participating in our "I Support" program, allowing us to keep offering readers access to our incisive coverage of local news, food and culture with no paywalls.
Make a one-time donation today for as little as $1.