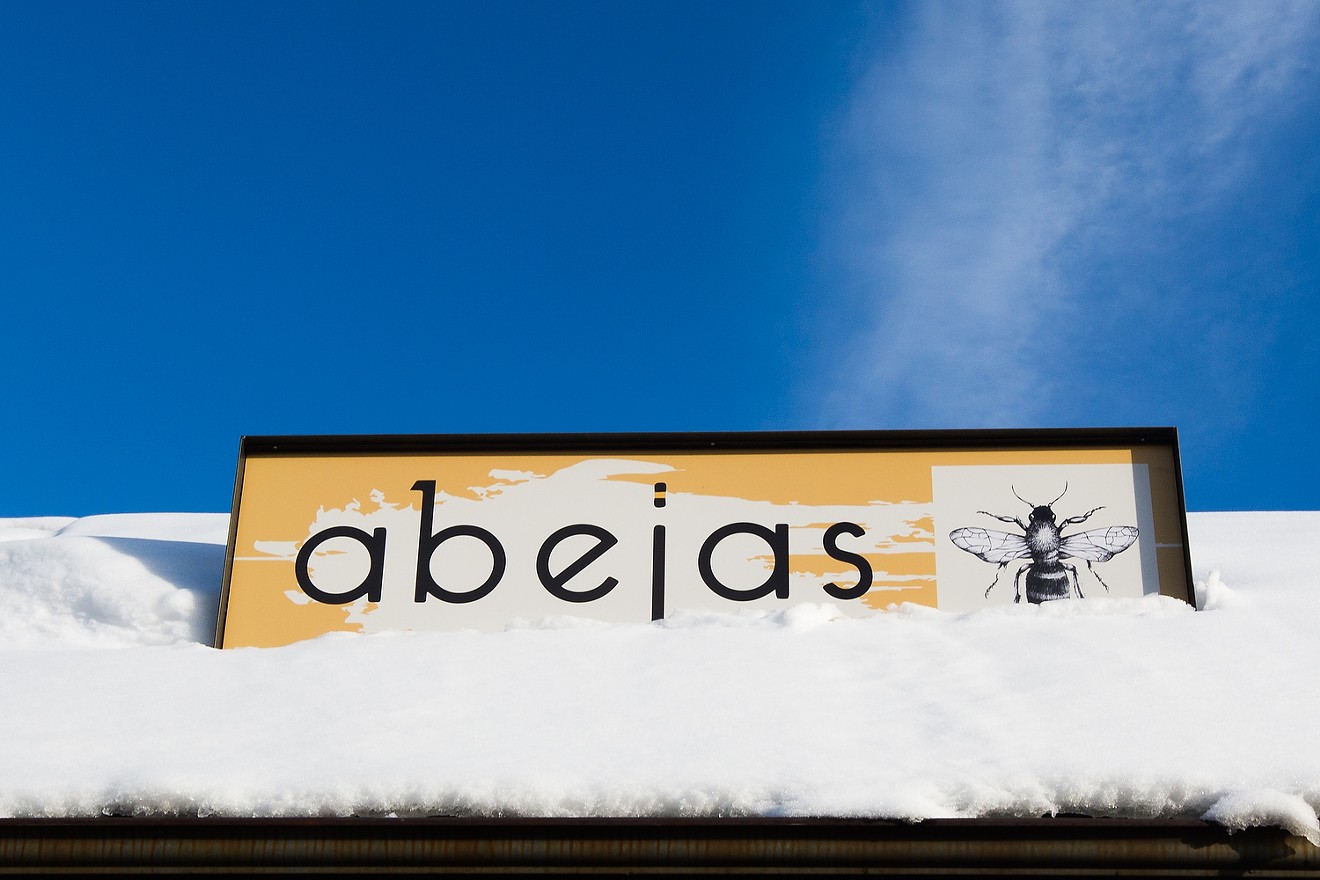 Nosu Ramen will open in Golden from the team behind Abejas. Danielle Lirette
Brandon Bortles and Barry Dobesh opened Abejas four years ago in Golden, serving an eclectic, upscale mix of New American dishes in a town ready for a taste of something new. Gaining traction took time, according to Bortles, but the Golden native says that the restaurant is now an established part of the dining scene. But as a restaurateur, he wants to continue bringing new ideas to his home town, so he and Abejas chef de cuisine Max Kofoed, also born in Golden, are branching out and will open a new ramen eatery called Nosu later this summer.

A lease has been signed at 700 Twelfth Street and permits are in place; Bortles expects the buildout to take about three months. As at his original restaurant, he's enlisted Shike Design to handle the interior details. Nosu will take over a space that had previously been a sandwich shop but lacked an oven hood and grease trap, so those will be added as part of the construction.

The origin of the name Abejas led to the name Nosu as well. Bortles and Dobesh were known as "the Bs" to their friends, and abejas is Spanish for "bees." Nosu, Bortles explains, is short for "hachinosu," the Japanese word for "beehive."

"Me and my chef are obsessed with ramen," Bortles explains. It's an obsession that dates back to his days working in New York City from 2003 to 2007, when he would eat at Momofuku at least once a week. As a front-of-house specialist, he worked for restaurateur Richard Sandoval in New York, where he was exposed to a wide range of Asian food and ingredients. "There needs to be more food diversity here," he adds.

Bortles is confident that Japanese cuisine will do well in Golden, and expects his customer base to come from the Colorado School of Mines as well as people who live and work in Golden and don't want to drive to Denver for something new. He and Kofoed, who previously worked at Cholon Modern Asian, plan to serve a menu of both traditional and non-traditional ramen bowls, plus gyoza, yakitori and several other small plates, bento boxes and cold noodle dishes.

Nosu Ramen will join the recently refurbished Buffalo Rose on Golden's Twelfth Street, along with the soon-to-open Tributary food hall coming from chef Daniel Asher and restaurateur Josh Dinar. To give an idea of what to expect with the new ramen shop, Abejas made our list of the ten best new restaurants when it opened in 2015, even competing against all of metro Denver.
KEEP WESTWORD FREE... Since we started Westword, it has been defined as the free, independent voice of Denver, and we'd like to keep it that way. With local media under siege, it's more important than ever for us to rally support behind funding our local journalism. You can help by participating in our "I Support" program, allowing us to keep offering readers access to our incisive coverage of local news, food and culture with no paywalls.
Make a one-time donation today for as little as $1.