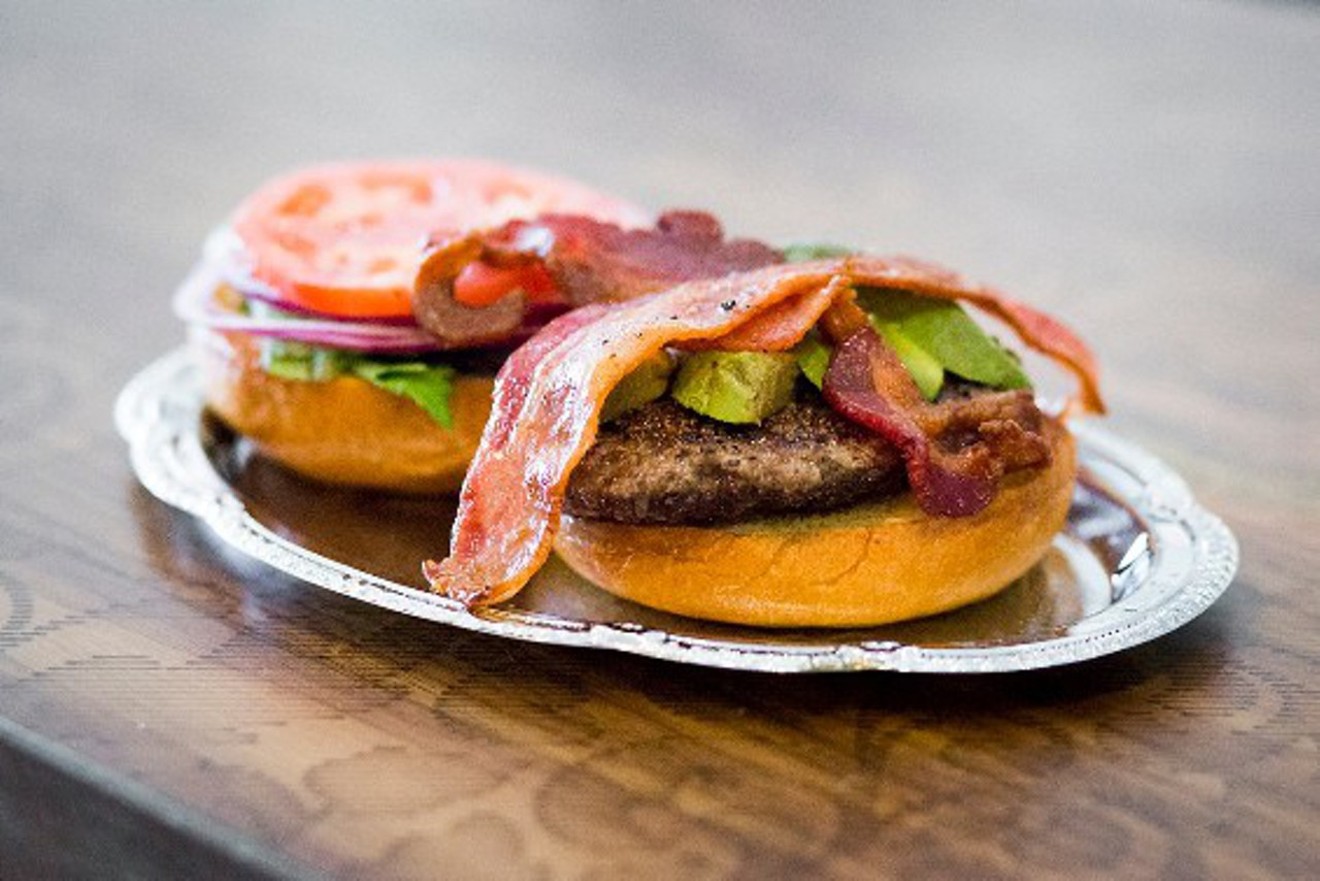 The Royal will still serve burgers fit for a king under the new owner. Danielle Lirette
The Royal opened on Tennyson Street just over two years ago, serving burgers and burger accoutrements in an up-and-coming Denver neighborhood. The original owners were Josh Epps and Christina Smith, who also run two locations of breakfast eatery Jelly, at 1700 East Evans Avenue and 600 East 13th Avenue. But there's a new owner at the Royal; chef Mehrgan Mizani recently bought the place and will soon be adding new touches to the menu.

Mizani was most recently banquet chef for the Denver Chop House, but also honed his burger skills at Bad Daddy's Burger Bar in Cherry Creek. All told, he's been in the kitchen in Denver for the past twelve years, starting at Cuba Cuba, where he realized he had a love for professional cooking and rose to kitchen manager while there. "Once I knew this was going to be my career, I wanted to be able to do it for myself," he says of his decision to purchase the Royal. 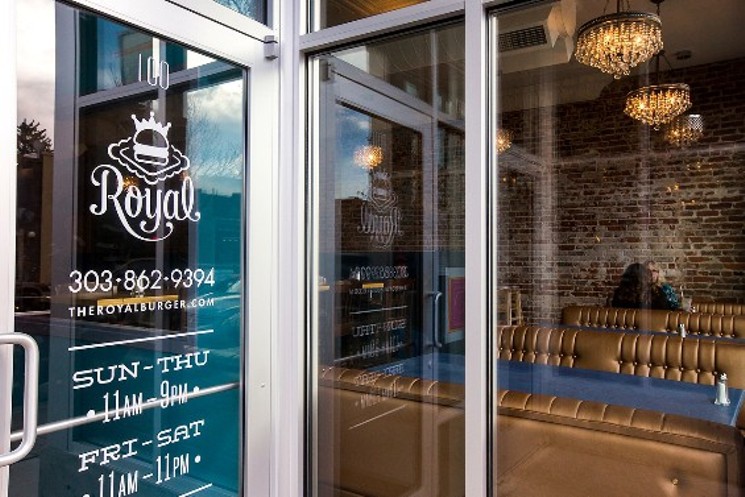 The Royal won't change much for the time being.
Danielle Lirette
Customers may not have noticed initial changes, unless perhaps they've ordered something with green chile in the past few days. Mizani explains that the green chile recipe was proprietary to Jelly, so his first order of duty was to introduce a new recipe. He and his executive chef, David Adkinson, have also been working on new sandwiches that will be introduced in the coming weeks.

"We're also moving to be a scratch kitchen," he adds, so fresh-made sauces, dressings and other ingredients will be popping up on the menu.

Epps says his decision to sell the Royal was based on a desire to focus more on his breakfast restaurants. "We had been really happy with the success of Royal, but stupidly, we did not anticipate the extent to which our days would become longer," he explains in an e-mail. "With Jelly, our days ended at 3 [p.m.] and the Royal kept that day going another seven hours, cutting into family time. We thought that Royal could really thrive along with the massive Tennyson St. expansion if the owner-operator was able to be there and love it like it needed to be. We probably would not have sold if someone wanted to change the concept, but Mehrgan was excited about it and had really fresh ideas of his own, and it just worked out."

Epps adds that he's not actively looking to expand his Jelly footprint, but that there are a number of neighborhoods where he thinks the concept would fit in, so he always has an eye out for potential locations.