The Chopped Cheese Is Having a Moment in Denver 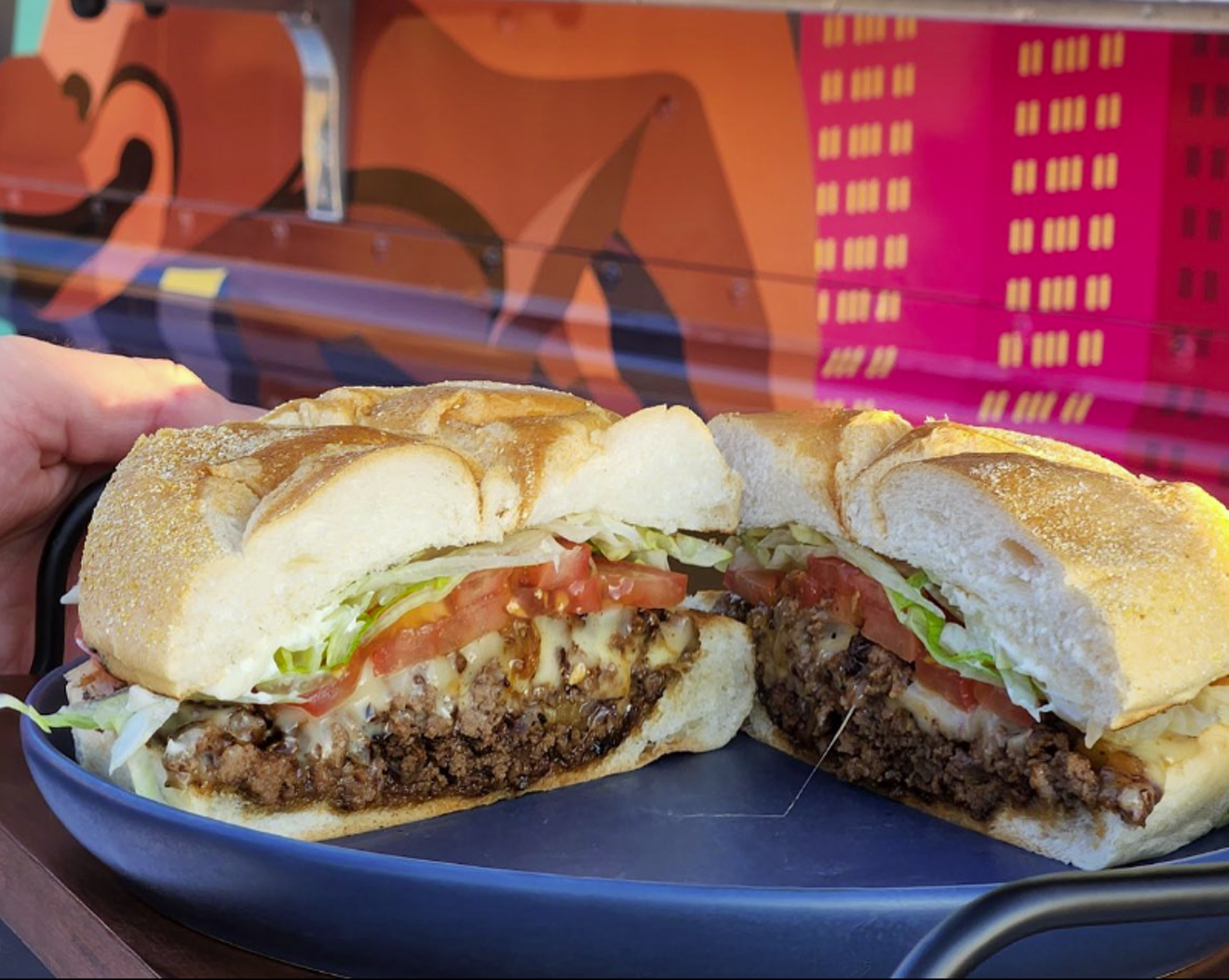 The chopped cheese is having a moment in Denver. Big Apple Bodega/Instagram
While researching for our list of the ten best sandwich shops in Denver, a trend emerged: the chopped cheese has moved into the Mile High. A staple at New York City bodegas, the simple combination of ground beef and cheese, chopped together on the griddle and loaded onto a soft bun, was once tough to find in Denver. Not so anymore.

"I describe it as a deconstructed cheeseburger," says Brian Murphy, who serves the chopped cheese at his food truck, Big Apple Bodega, which he launched on March 31, his 44th birthday. "My husband said, 'That really tells a lot about you. Most people go on vacation for their birthday. You launched a business,'" he recalls, laughing.

Murphy was born and raised in New York and worked in the restaurant industry for big corporations like Starbucks, Shake Shack and Potbelly for years before moving to Denver right before the pandemic.

The truck is his first foray into owning his own food business, which he originally envisioned as a New York-inspired deli. But after doing some research, he decided to build his entire business around the chopped cheese, since he found options for the sandwich lacking in Denver.

"The seasoning has to be right; it's gotta be super, super flavorful," Murphy explains of the ideal chopped cheese. He also ships in bread — Kaiser rolls, to be exact — from New York for his sandwiches, which come in a handful of variations, including a classic option dubbed the Sinatra, with lettuce, tomato, mayo and ketchup.

His favorite part of the experience so far? "Seeing the faces of fellow New Yorkers when they try it," he says — and getting their nods of approval and comments like, "It's exactly what you'd find in New York." Head down an alley to find the walk-up window at Duke's in Five Point.
Molly Martin
While Big Apple Bodega is the only Denver outfit fully devoted to the chopped cheese (for now), there's a new sandwich walk-up window in a Five Points alley where a variation dubbed the "Denver chopped cheese" is the signature item. Duke's Good Sandwiches, at 2748 Welton Street, has a small menu — just four options — by design. Since owner Dan "Duke" Sawyer — whose wife, Michelle, runs the attached Scratch Bakery — doesn't have a culinary background, he wanted to keep the offerings simple and satisfying.

The idea for Duke's was one of many "crazy ideas" Sawyer has run by his wife over the years, he admits. But this one stuck. And so should this sandwich. Served on a City Bakery hoagie roll, the Duke's chopped cheese has white cheddar and ground beef along with diced onion, mayo and an uncommon addition: pepperoncini, which adds a nice acidic kick. This may not be the chopped cheese for a New Yorker looking for a taste of nostalgia (Duke's doesn't even have ketchup on hand, Sawyer notes), but it is a super-satisfying sandwich.

Over at Number Thirty Eight (3560 Chestnut Place), the Split Lip crew takes the idea of a Denver twist on a chopped cheese even further, with a variation made with ground bison and green chiles along with onions, American cheese, fry sauce, shredded lettuce and tomato on a Gambino hoagie from New Orleans. Split Lip's take on a chopped cheese is made with ground bison.
Split Lip
The Pho King Rapidos food truck serves a pretty classic version, with lettuce, tomato and mayo (but no ketchup) and Monterey Jack instead of the more common American cheese. But the most traditional take this side of Big Apple Bodega can be found at the Grateful Gnome (4369 Stuart Street), where ketchup is standard. A take on chopped cheese will also be on the menu (at least as a special) at the soon-to-open Bodega Denver in Sunnyside.

And for an actual bodega-like experience, hit Max Market, at 2080 Lawrence Street. The neighborhood shop is stocked with grocery essentials as well as a sandwich counter where the menu includes three varieties of chopped cheese, all served on a hoagie roll that's grilled panini-style. Choose from the OG with lettuce, tomato, mayo and two types of cheese (cheddar and provolone); the Big Max, with all the standard Big Mac fixings; or the Southwest, which gets a kick from chipotle mayo, crispy jalapeños and pepper Jack cheese.

Whether you've grabbed the sandwich at an actual NYC bodega or are just being introduced to this out-of-state staple, the chopped cheese is hot in Denver. Bite into the trend now.
KEEP WESTWORD FREE... Since we started Westword, it has been defined as the free, independent voice of Denver, and we'd like to keep it that way. With local media under siege, it's more important than ever for us to rally support behind funding our local journalism. You can help by participating in our "I Support" program, allowing us to keep offering readers access to our incisive coverage of local news, food and culture with no paywalls.
Make a one-time donation today for as little as $1.