Coffee at the Point Will Not Reopen in Five Points 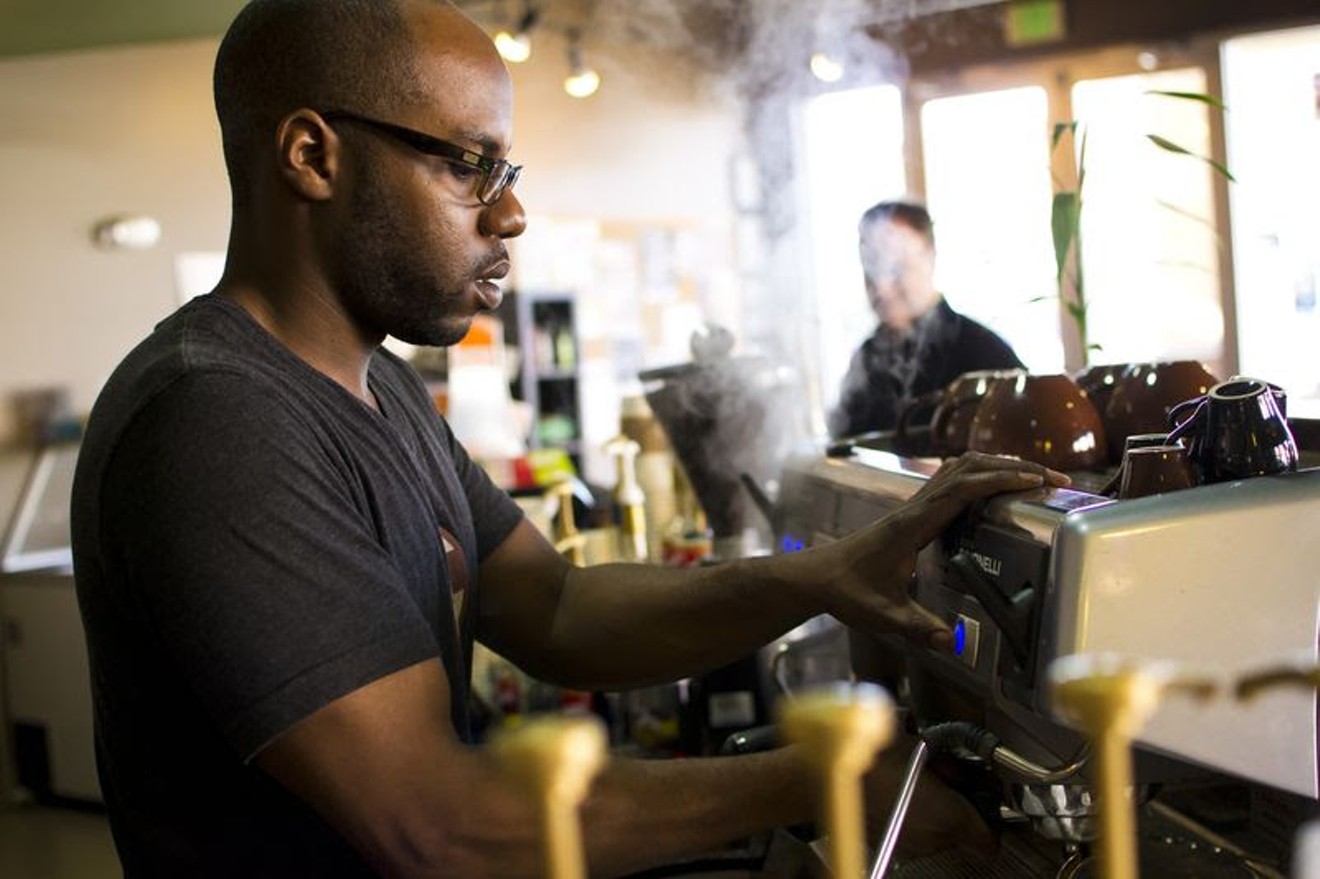 Last August, Cobbins closed Coffee at the Point on what he thought would be a temporary basis. For Cobbins, part of the closure was connected to a lawsuit filed by his former business partner, real estate investor Matthew Burkett, who has put money into various businesses in Five Points. But Cobbins also noted that he was having staffing issues.

Plans to reopen Coffee at the Point never came to fruition, though, and Cobbins now says he'll turn over the keys to the landlord this week. The property is owned by Jackson Belshe.

Several things led to Cobbins's decision. He points to minimum wage increases as an issue that has led to rising costs for the business. "For example, the minimum wage when we opened up in 2010 was a little over $7 an hour. On January 1, the minimum wage jumped to $17.29," he explains. Denver City Council passed a citywide minimum wage ordinance in 2019, which began taking effect in 2020. The minimum wage has increased every year since then, with the latest increase in line with increases in the consumer price index.

Vendors he'd contracted with had also increased their prices over the course of the pandemic, Cobbins adds. And with a tight labor market, where vacancies were plentiful and workers were scarce, he felt that some of the coffee shop's recent hires weren't following employee rules, such as coming to work on time or finishing work before leaving.

"As nice as we are as an organization — and this is a challenge all of our entrepreneurs are facing — it becomes a challenge to get more things that a small business needs to get done," Cobbins says.

He is still dealing with the lawsuit filed by Burkett, a longtime business partner of Robert Smith, the Denver native who is America's richest Black man. Burkett was once held up as a savior of Five Points before business operators, including Cobbins, went public with accusations that he was hurting, not helping Five Points with his tactics.

The lawsuit revolves around the partnership between Cobbins and Burkett, who claims that Cobbins didn't follow through on the terms of their agreement. Although Cobbins says the two were close to settling the lawsuit, he ultimately decided he wasn't happy with the terms and will continue litigating it.

"Matthew Burkett and the lawsuit piece, that hurts. But it doesn’t hurt financially as much as it hurts, in essence, in losing a friend," Cobbins says. "I’ve got no ill will toward him. I wish him the best."

Closing Coffee at the Point will give Cobbins the ability to spend time with his three young daughters, he adds. When he opened the business over a decade ago, he'd just gotten married; not long after, he and his then-wife had their first daughter. But he and his wife recently finalized their divorce. "I feel like I've lived a span of a lifetime while this coffee shop was being opened that just had me pondering and thinking over the last several months," Cobbins says. "How I prioritized things in the neighborhood and the coffee shop over my relationship — that may not have been the right thing to do."

Cobbins says he isn't sure what his next step will be. But he definitely wants to help young entrepreneurs succeed in a competitive market.

"I will still be around," Cobbins says. "I think there’s an incredible opportunity in Five Points."
KEEP WESTWORD FREE... Since we started Westword, it has been defined as the free, independent voice of Denver, and we'd like to keep it that way. With local media under siege, it's more important than ever for us to rally support behind funding our local journalism. You can help by participating in our "I Support" program, allowing us to keep offering readers access to our incisive coverage of local news, food and culture with no paywalls.
Make a one-time donation today for as little as $1.