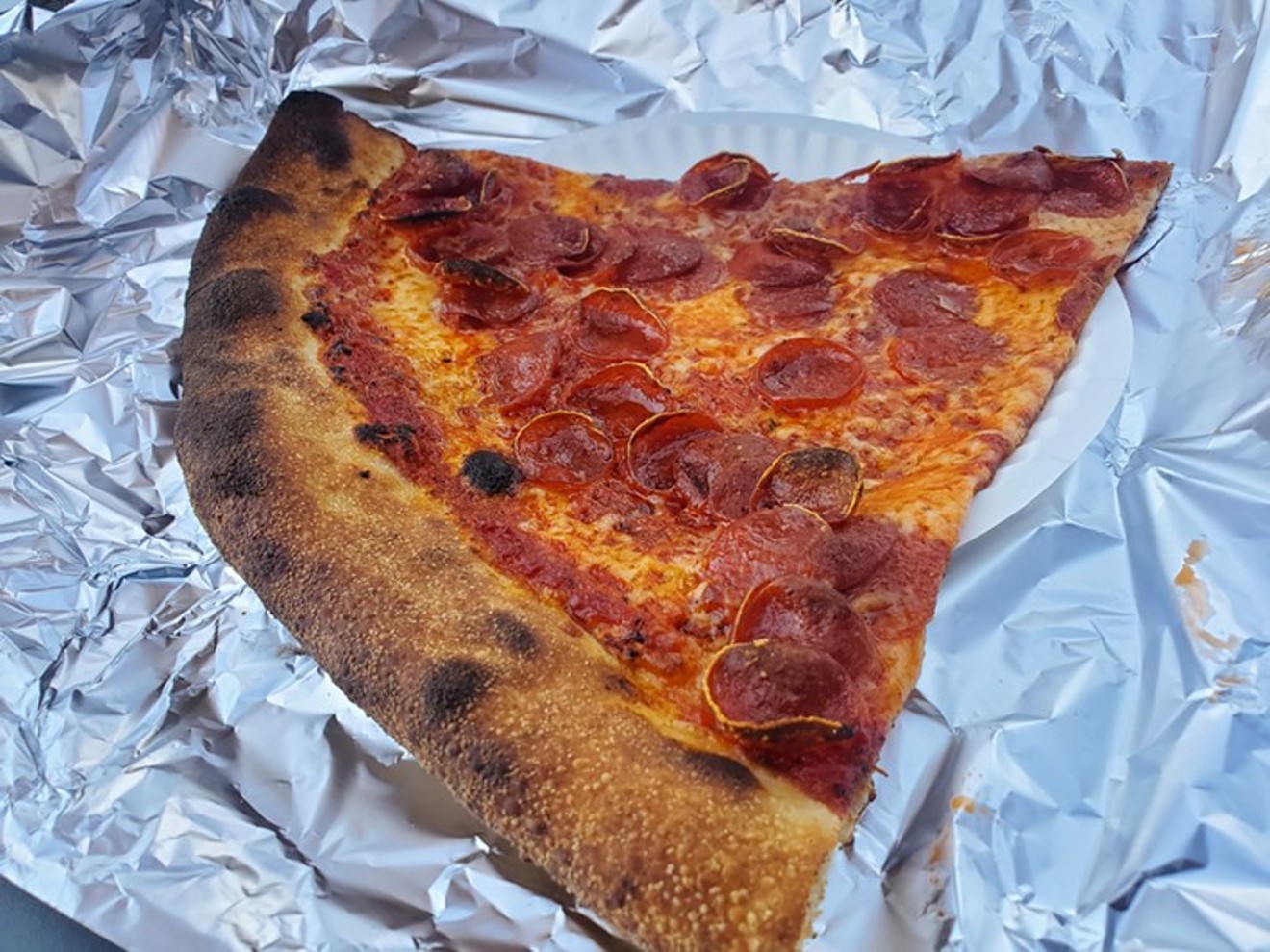 A slice from Audrey Jane's. Molly Martin
"It's been a whirlwind," says Audrey Kelly of organizing a pizza festival that will raise funds to fight food insecurity and domestic violence. The idea was sparked when Kelly, the co-owner of Audrey Jane's Pizza Garage in Boulder (and a World Pizza Champion), and Melinda Carbajal, who co-owns the Simply Pizza food truck, began talking about doing pop-ups where they would cook at each other's businesses.

But the concept evolved quickly into a full-on fest called Colorado Pizza Pop Up, which will take place at the Run Westy Run food truck park, at 3151 West 70th Avenue in Westminster, from noon to 5 p.m. on Sunday, September 25 — ideal timing for pre-gaming that day's 6:20 p.m. Broncos kickoff against the San Francisco 49ers.

The event is free to attend, but slices, drinks, sweets and desserts will all be purchased with coins, which can be bought at the event. There are also a limited number of coins available for pre-purchase via Eventbrite so that you can skip the line: Get one coin for $5, five for $20, or ten for $35.

"We've been told that it typically takes about a year to organize a pizza festival," Kelly notes, but this event has come together in about two months. "It's a starting point."

"We want to prove what we can do, so next year it can be as big and powerful as we know it can be," Carbajal adds.

While the two began with the idea of highlighting female-owned businesses, the fest has grown beyond that, with a lineup that includes Outside Pizza, the Pizza Bandit, Wholly Stromboli, Blue Pan and Antonio's Real NY Pizza (plus Simply Pizza and Audrey Jane's), with offerings spanning styles from Neapolitan and neo-Neapolitan to Detroit and classic New York slices. There will also be two guest pizzaiolos at the Women in Pizza booth: Laura Meyer and Nicole Bean, who own their own pizzerias in San Francisco and Houston, respectively.

For entertainment, there will be live music from local R&B singer Dzirae Gold as well as pizza acrobatics from World Pizza Champion Siler Chapman. "It's pretty impressive," Kelly notes of Chapman's skill. "There are not too many pizza acrobats in Colorado. We hope some people will come out just to see that."

Infinite Monkey Theorem will be donating wine for the event, and Brighton Brewing is brewing a beer for the festivities. 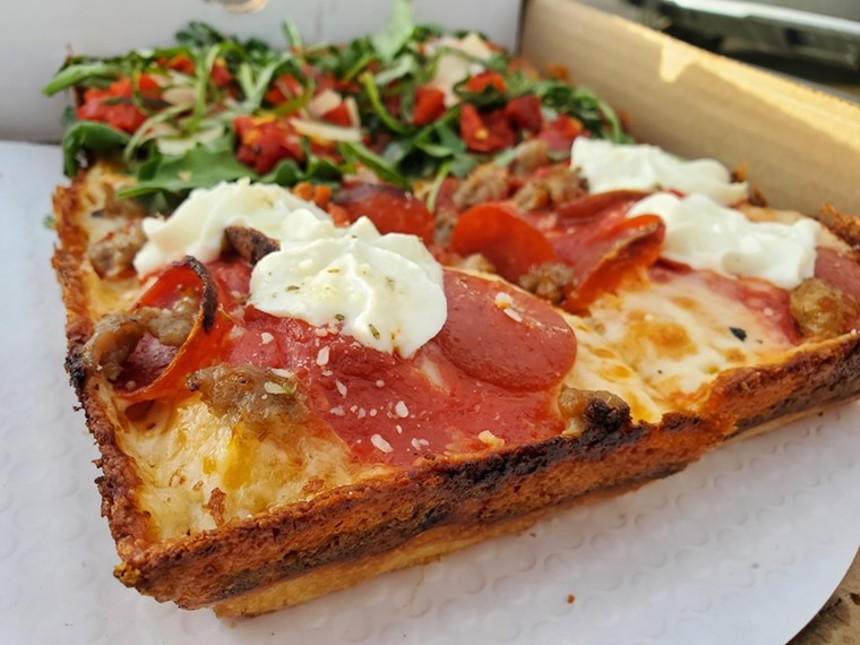 Blue Pan is one of the participants for the first-ever Colorado Pizza Pop Up.
Molly Martin
The pizza vendor selection is heavy on food trucks, simply because they are already equipped to make pizzas fast and for a crowd in a mobile setup. Kelly will be using a pizza oven from event sponsor Ooni, which means the slices she'll be serving won't be exactly the same as what comes out of the ovens at the brick-and-mortar Audrey Jane's, one of our picks for the ten best pizza places in town.

Next year, though, the organizers hope to highlight even more of the area's pizza businesses. Since they announced the event, many other spots have expressed interest in participating, and they're excited to get as many people involved as possible as they work to grow the event.

While Denver isn't widely known as a pizza town, Kelly and Carbajal agree that the scene here is strong, and they hope the fest will be a celebration of that as well as a way to support important causes.

Colorado Pizza Pop Up has partnered with Slice Out Hunger, a nationwide organization that supports local pizza businesses, shelters and soup kitchens by purchasing pizzas and giving the food to those in need.  Part of the proceeds will also be donated to a local domestic-violence shelter that supports women and children.

Adams County has contributed several guitars signed by artists who have performed  at the Adams County Fair, which will be raffled off at the event (raffle tickets can be purchased with coins).

"We're super-excited about it," Carbajal concludes. "Hopefully, it's just the beginning of something bigger next year."
KEEP WESTWORD FREE... Since we started Westword, it has been defined as the free, independent voice of Denver, and we'd like to keep it that way. With local media under siege, it's more important than ever for us to rally support behind funding our local journalism. You can help by participating in our "I Support" program, allowing us to keep offering readers access to our incisive coverage of local news, food and culture with no paywalls.
Make a one-time donation today for as little as $1.