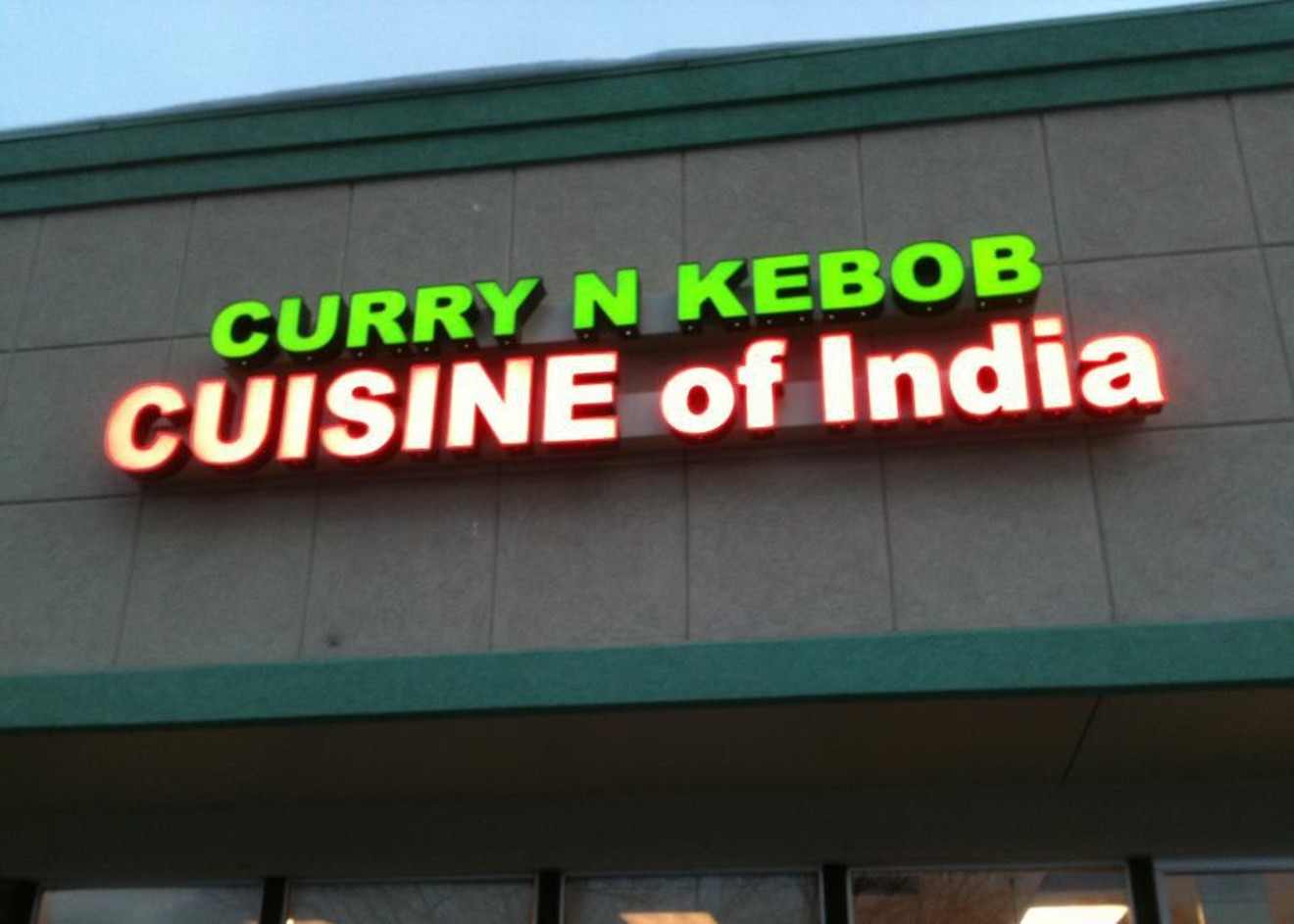 Curry N Kebob owners Rashad and Zuned Kahn were denied the ability to sublease because of their religion and ethnicity. Facebook/Curry N Kebob
The victims in a restaurant-business racial discrimination case have come away the victors. Last month a landlord who refused to sublease a space to father-and-son restaurateurs Zuned and Rashad Kahn because they're Muslim was ordered by a Colorado court to pay $675,000 to the plaintiffs.

The case got its start in late 2017, when Craig Caldwell, who in 2014 had bought White Fence Farm in Lakewood with partner Tom Piercy, was was looking for someone to take over a space at 1025 East Ninth Avenue, where they were shutting down an underperforming satellite location of the fried chicken restaurant. With four years of a five-year lease remaining, Caldwell checked with his landlord, Katina Gatchis, to verify that he could sublease the address. She didn't have a problem with that...until she heard that Caldwell intended to sublease the space to the Kahns, who wanted to open a Denver location of their successful Boulder restaurant, Curry N Kebob.

That's when things got ugly — and when Caldwell began recording conversations with Gatchis, according to Qusair Mohamedbhai, who represented the Kahns and Caldwell in court.

"It was a really good fit," Mohamedbhai says of Curry N Kebob. "But the landlord said, 'No Muslims.'"
In fact, Gatchis, who is from Greece, went much further. In Caldwell's recording, she can be heard saying, "An American person I need — good like you and me."

And when Caldwell asked why he couldn't sublease to a Muslim, the landlord responded, "Bomb, boom, bomb, boom — drugs and everything...this type, they are very dangerous, extremely dangerous."

Caldwell presses the landlord: "If I get anybody as long as he's not a Muslim, I'd be okay?"

Caldwell took the information to the Kahns, and they agreed to take legal action, enlisting civil-rights specialists Rathod Mohamedbhai LLC to take the case.

Curry N Kebob owners Rashad and Zuned Kahn were denied the ability to sublease because of their religion and ethnicity.
Facebook/Curry N Kebob
Rashad Kahn, whose parents were born in Bangladesh, says that his father opened his first Indian restaurant, Taj Mahal, in Westminster in 1995; together they've operated Curry N Kebob for seven and a half years. In all that time, they'd never run into this kind of discrimination, he says.  "We've opened several other restaurants, and it's always been about our financials," he explains. "And this is the most financially strong we've ever been."

That didn't matter to Gatchis, though, who only cared about their ethnicity, not their financial stability. And that's against the law. "When you're afforded the luxury of doing commerce in the state of Colorado, you're open to everyone," Mohamedbhai points out. "This situation was terrible because it implicates a particularly old form of discrimination — a denial of service to people of color, which has a negative impact on their entire community."

The lawsuit he filed on behalf of the Kahns and Caldwell focused on federal civil-rights laws: Gatchis had denied Caldwell the ability to sublease to the Kahns based on their ethnic background, costing them both financially because the Kahns had planned to purchase all furniture, fixtures and equipment in the building from Caldwell, and the Kahns were prevented from opening in a prime location.

"We searched for a new location for more than three years," Rashad Kahn says, noting that Caldwell's spot in Capitol Hill was perfect because of its high density, lack of other Indian restaurants and lots of good neighbors.

The case was settled on April 8, and Gatchis was required to pay $675,000 to the plaintiffs by April 21. In an uncommon move, the court allowed the amount of the settlement to become public record. "This was one of those rare cases where they didn't make it confidential," Mohamedbhai explains. "It was really important to our client to get the word out to as many people as possible. We want people to know that it's extremely expensive to engage in this kind of discrimination."

Kahn agrees. "Hopefully it will deter anyone else in her situation, but we also want people to know that this isn't the norm," he says. "Denver isn't like this."

Caldwell, who ultimately closed White Fence Farm at the end of 2018,  is proof of that. "Craig stood up for us — he knew this was wrong," Kahn adds.

Kahn lives in Washington Park, and says residents of that area have applauded his efforts:  "We've heard from so many people saying 'We support you.'"

The Kahns are currently looking for a new location for a Denver Curry N Kebob.
KEEP WESTWORD FREE... Since we started Westword, it has been defined as the free, independent voice of Denver, and we'd like to keep it that way. With local media under siege, it's more important than ever for us to rally support behind funding our local journalism. You can help by participating in our "I Support" program, allowing us to keep offering readers access to our incisive coverage of local news, food and culture with no paywalls.
Make a one-time donation today for as little as $1.