Six Cranberry Beers to Get You in the Mood for Thanksgiving

River North Brewery
I don't know about you, but I prefer my cranberry straight from an Ocean Spray can, complete with the can imprint in the jelly and the slurping sound it makes when you squeeze it out. And I don't try to fancify it on the table, either. I want to make sure that those around me can also enjoy this bright-red marvel.

You may prefer your cranberry prepared differently, however, either homemade or with a variety of ingredients like walnuts, orange juice and marshmallows. And that's okay. We can all be different. But if you like your cranberry in beer, then this is the week to find a host of cranberry beers on tap. Gobble, gobble.

Tivoli Brewing
Get Stuffed Holiday Ale
Tivoli Brewing
This smaller-batch spiced ale from Tivoli Brewing comes in big, at 8.8 percent ABV. "Stuffed to the brim with cranberry, orange and clove, [it] pairs with any festivity," the brewery says. "Get Stuffed features a malty backbone that stands up to bold flavors and cold weather." It is now on draft and in six-packs to go.

Epic Brewing
Cranberry IPA
Epic Brewing
In order to "keep you company through the change of seasons," Epic Brewing recently unveiled Cranberry IPA, which it says was brewed with "loads of cranberry purée, heaps of Citra and Amarillo hops, and a little bit of lactose." The beer is available now on tap and in four-packs of 16-ounce cans to go. 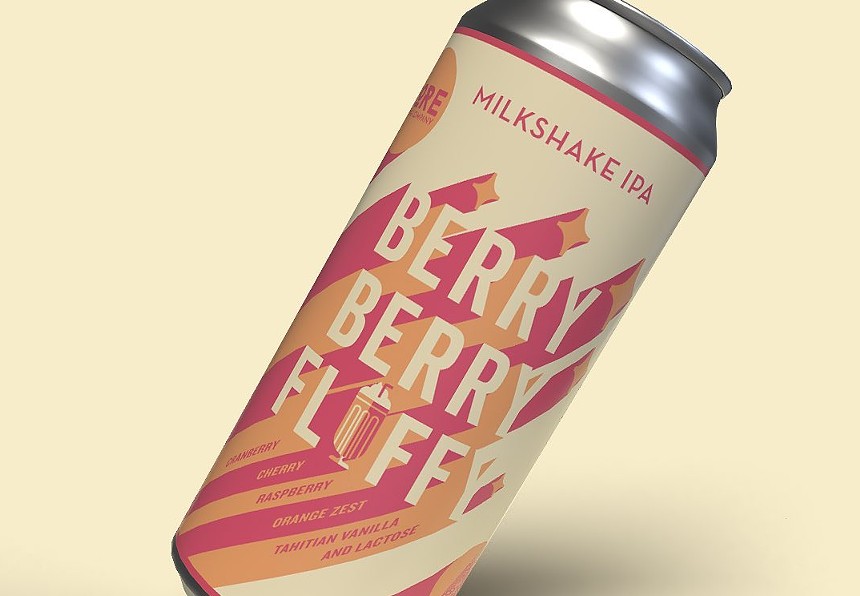 Jagged Mountain Craft Brewery
Conditional Love
Jagged Mountain Craft Brewery
Jagged Mountain Craft Brewery will release Conditional Love Fruited Sour on November 23, as part of a triple can release. This tart 5 percent ABV Berliner weiss-style beer is made with with cranberry, orange, cinnamon and vanilla and offers a "refreshing" toast to the holiday, the brewery says.
KEEP WESTWORD FREE... Since we started Westword, it has been defined as the free, independent voice of Denver, and we'd like to keep it that way. With local media under siege, it's more important than ever for us to rally support behind funding our local journalism. You can help by participating in our "I Support" program, allowing us to keep offering readers access to our incisive coverage of local news, food and culture with no paywalls.
Make a one-time donation today for as little as $1.