Cheers: Booze to Go Will Continue in Colorado Through July 2025 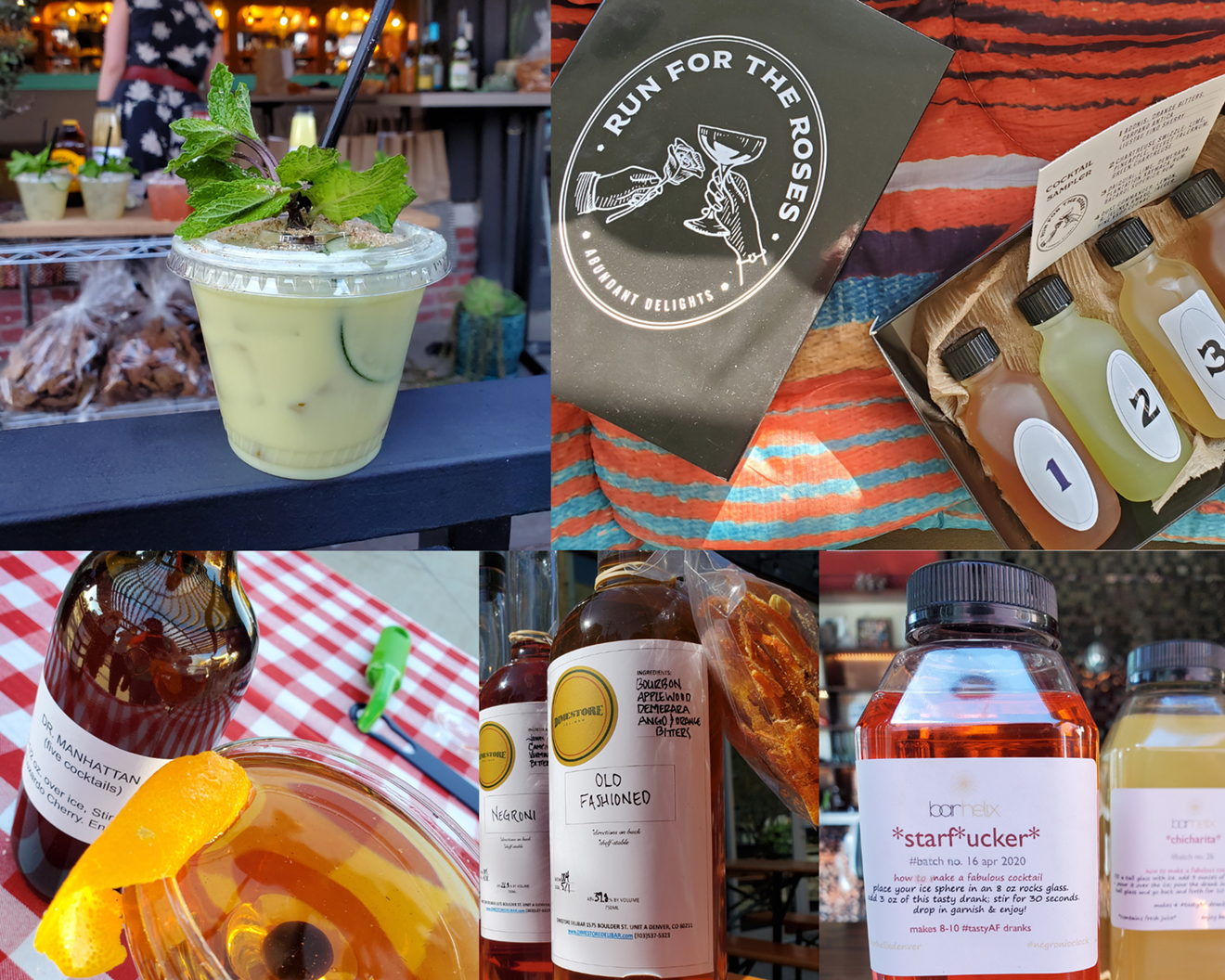 Booze to go appeared in many forms during the pandemic, as restaurants scrambled to take advantage of the new rules. Molly Martin
Ordering a cocktail alongside your takeout became a reality last year, thanks to an executive order issued by Governor Jared Polis and designed to bolster business for bars and restaurants struggling with mandated dine-in closures starting in March 2020. After extending that order numerous times, on June 22 Polis signed a bill into law that officially extends booze to go as a legal option through July 2025.

I’d say for us it’s a 'nice to have' and probably 'thanks for letting people be adults,'" says restaurateur Juan Padró, whose Creative Culinary group runs Bar Dough, Señor Bear, Mister Oso and soon A5, a steakhouse concept that is replacing Morin. "It doesn't move the meter a ton for our group yet. I think we need to market it better, and it’s something we will look closer at as things settle down a bit."

Jared Leonard, who recently opened Campfire in Evergreen, echoes that sentiment. "We spent some time and money doing Old Fashioned kits at Grabowski's," he says of his Chicago tavern-style pizza place at the Source, "and they were delicious and it was fun, but it wasn’t something we saw large growth in, and we discontinued it."

But City Street Investors found plenty of success with to-go alcohol. It's nearly impossible for a restaurant to sell beer and wine at a consumer-friendly price and still make a profit, notes City Street co-founder Joe Vostrejs, but specialty cocktails are another story. And City Street had a head start with those at one of its spots: Bottled cocktails had been a staple at North County, the group's restaurant in Lowry, since it had opened in late 2014, though they'd previously been sold only on site. "It was a no-brainer to just immediately put those in a bag," Vostrejs says.

City Street soon took things one step further, realizing that craft cocktails were the ticket to increasing average checks on to-go orders. "We created a brand called Blind Tiger," Vostrejs explains, "and we created five or six Blind Tiger cocktail recipes that we were able to quickly roll out to all our restaurant brands." 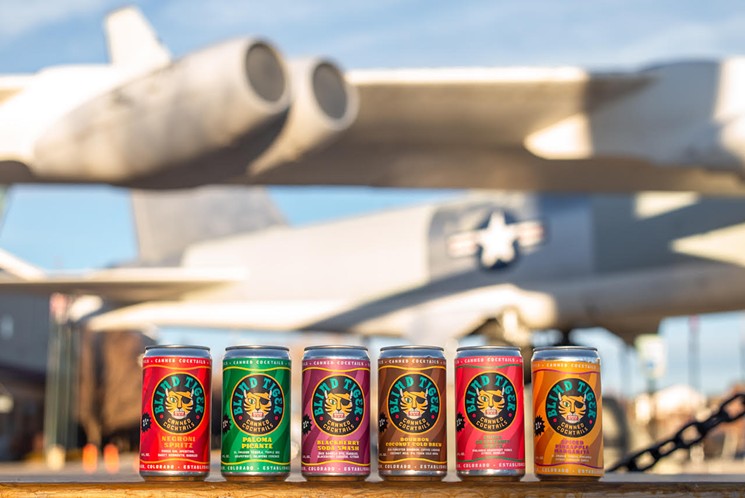 Canned cocktail recipes are mixed, bottled and labeled on site at City Street Investors' restaurants.
Blind Tiger
The canned cocktails were a hit, and they continue to have a positive impact today. "Before the pandemic, takeout revenue accounted for maybe 3 to 5 percent of business for an average restaurant," Vostrejs says. "Obviously, at one point in the pandemic it was 100 percent, but we still have restaurants doing 20 to 30 percent of their sales as takeout now...and previously a takeout order was maybe $30, but someone adds three or four margaritas, and it jumps to $60."

While restaurateur Troy Guard, who's got plenty of projects in the works, says that the impact of alcohol to go at some of his places "was not huge," he saw positive momentum at TAG Restaurant Group's more casual restaurants, like the Los Chingones locations in the Denver Tech Center and RiNo.

And overall, Guard considers the bill's passage a win. "We are super-excited as a company for this. It's a long time coming," he says. "I think not only will it benefit and help restaurants with added revenue, it obviously helps the city with more tax money. ... I think this is an added bonus for everyone involved."

Kimbal Musk, co-founder and CEO of the Kitchen Restaurant group, which includes Kitchen locations in Denver, Boulder and Chicago, as well as the more casual Next Door brand (and yes, he's the brother of Elon), agrees that alcohol to go seems like a natural move for Colorado. "Allowing restaurants to continue to sell takeout beer, wine and cocktails is good for everyone," Musk says. "Customers are asking for it. Restaurants need it. It’s a no-brainer."

Musk, too, saw the biggest impact in more casual settings. "Selling our to-go cocktails at Next Door through the pandemic was a game-changer, and it was a fun program to innovate during such bleak times," Musk notes. "I’m happy takeout alcohol sales will be allowed through July 2025, but I would love to see them legalized permanently.”

So would Vostrejs. "Once you give people something like that, it's hard to justify taking it away," he explains, especially when it comes to cocktails crafted by professionals.

The potential for takeout booze, and to-go cocktails in particular, to have a significant positive impact on a restaurant's bottom line is undeniable. But as the industry faces new post-pandemic challenges, such as staffing shortages and rising food costs, finding the right formula may be tricky.

"Our industry is really just being reimagined in a lot of areas," Padró says. "As with anything else, it’s a choice, and deciding what to do with this and how to integrate it will take some time. And when you decide, training your staff and adjusting your marketing strategy will have to happen."
KEEP WESTWORD FREE... Since we started Westword, it has been defined as the free, independent voice of Denver, and we'd like to keep it that way. With local media under siege, it's more important than ever for us to rally support behind funding our local journalism. You can help by participating in our "I Support" program, allowing us to keep offering readers access to our incisive coverage of local news, food and culture with no paywalls.
Make a one-time donation today for as little as $1.