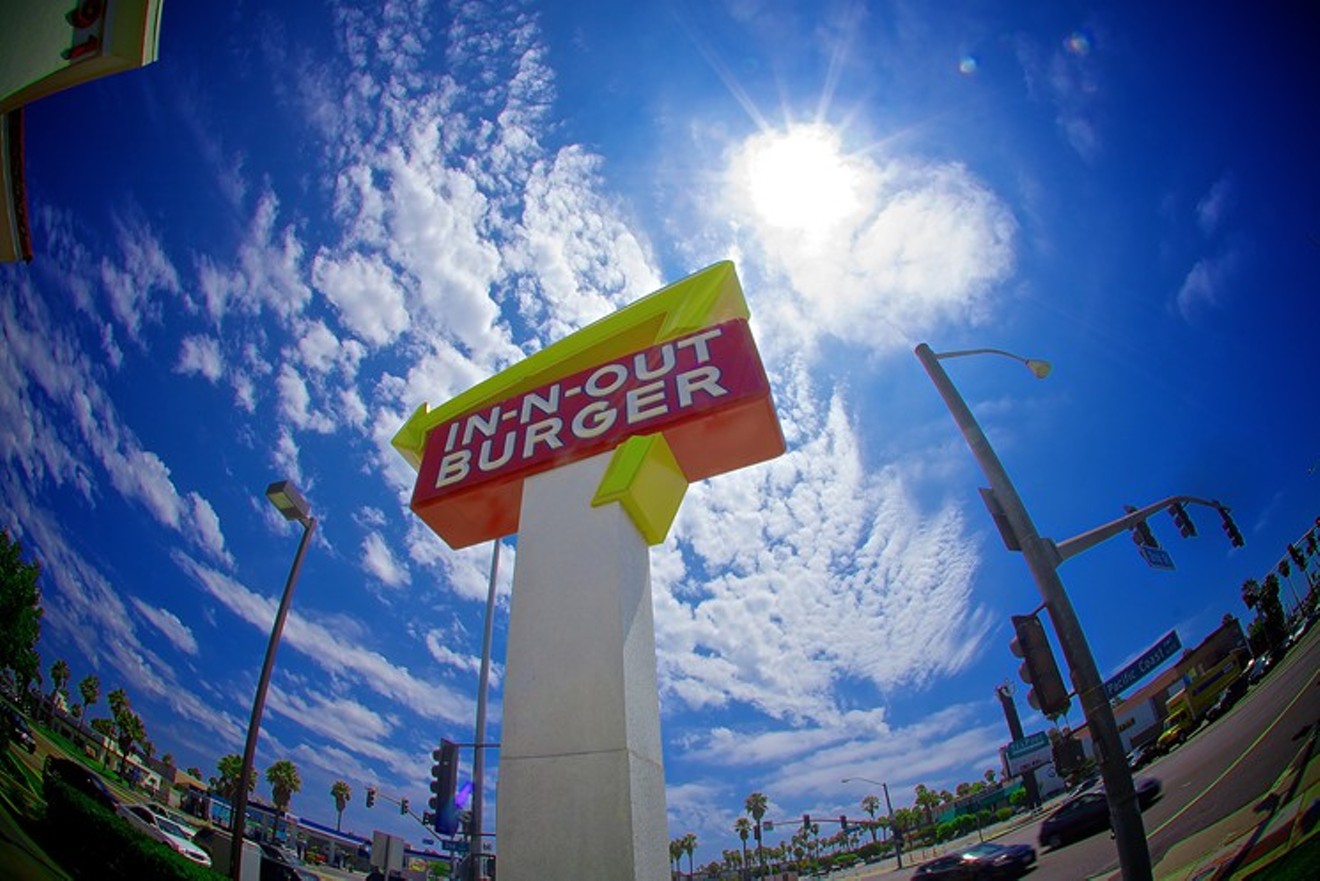 Peter F. at Flickr
Three years have passed since California's cult fast-food chain, In-N-Out Burger, announced plans to build a distribution center in Colorado Springs and begin adding burger joints along the Front Range. So much has changed since 2017, but In-N-Out has held firm, moving forward on outposts planned for Colorado Springs, Lone Tree and Aurora.

And now the company has proposed its first In-N-Out within Denver city limits. If that plan, originally reported by BusinessDen, comes to fruition, Colorado's fourth In-N-Out location will be in the Northfield development near I-70 and Central Park Boulevard. The plan was just submitted to the City of Denver for approval and is still a long way from breaking ground. In fact, the actual name of the restaurant was not part of the proposal, but the familiar red palm tree logos appear in an architect's rendering. 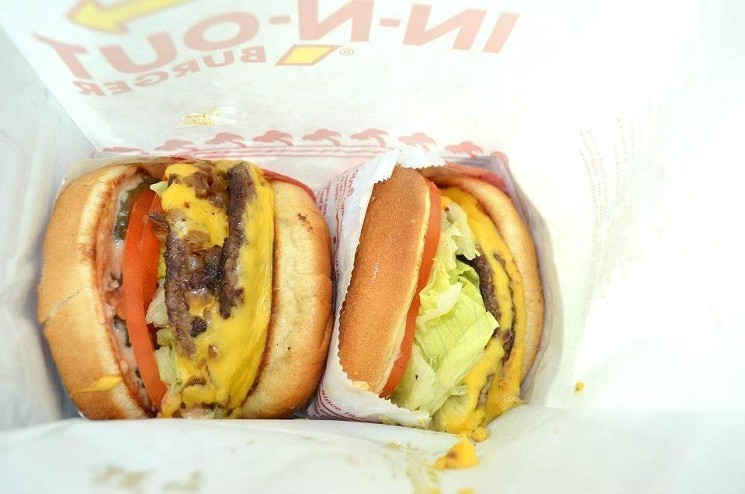 In-N-Out Burger will join Shake Shack as recent arrivals in the Denver burger battle.
Lindsey Bartlett
Good news is hard to come by these days, especially out of California, but this is clearly a joyous occasion for California transplants and other loyal fans who have lived in or visited Phoenix, Las Vegas and other cities where In-N-Out serves up its sought-after burgers.

In-N-Out's main appeal comes as a fast, cheap and family-owned alternative to the corporate giants that have dominated the burger business for decades. But nearly every region of the country has its own homegrown chain that locals swear is the best. Here in Colorado, it's Good Times Burgers & Frozen Custard, and homesick Texans will tell you that Whataburger is their irreplaceable craving. Other out-of-staters that have set up shop in metro Denver include Shake Shack, Five Guys, Culver's and Steak ’n Shake. And this summer, two higher-end burger restaurants have come to RiNo: Slater's 50/50 from southern California opened at 3600 Blake Street, and metal-themed Chicago eatery Kuma's Corner will open at 3500 Delgany Street on Monday, September 14.

The three originally planned Colorado In-N-Outs are expected to open by the end of 2020, putting a tasty ending to a year that has otherwise left a bad taste in almost everyone's mouths.
KEEP WESTWORD FREE... Since we started Westword, it has been defined as the free, independent voice of Denver, and we'd like to keep it that way. With local media under siege, it's more important than ever for us to rally support behind funding our local journalism. You can help by participating in our "I Support" program, allowing us to keep offering readers access to our incisive coverage of local news, food and culture with no paywalls.
Make a one-time donation today for as little as $1.