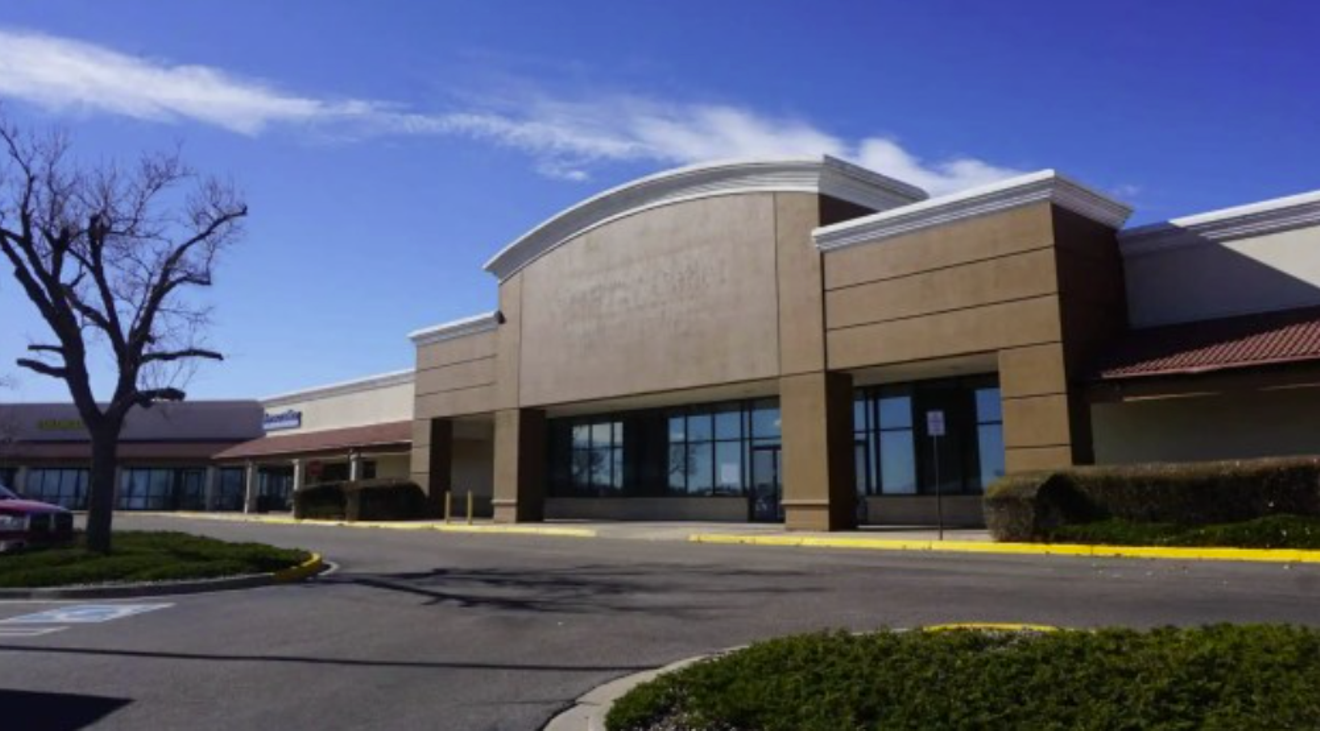 Pickleball Food Pub will be located in the Mission Commons Shopping Center in Westminster. Courtesy of Sam Brown
Pickleball is having a moment. It's the fastest-growing sport in the country, and as its popularity grows in Denver, many players are lamenting the lack of courts. But one longtime pickleball proponent is stepping up to fill in the gap.

Sam Brown has always been an athlete. He played three sports in high school and then semi-pro baseball. After graduating from law school, he got into tennis and "thought I'd like to play tennis for the rest of my life," he says. But as he got older, tennis was tougher on his body. At seventy, he moved to an active retirement community, where he was welcomed in by pickleball players. "I've never touched a tennis racket since. That was eleven years ago," he notes.

His devotion to pickleball didn't end with playing the sport himself. Brown started the American Pickleball Association to help the sport gain exposure and has coached many new players, young and old. Now Brown, who still works in commercial real estate, is planning to open Denver's first indoor pickleball facility in January.

The 25,500-square-foot Pickleball Food Pub will be located at 7647 West 88th Avenue in Westminster, and while its eight indoor courts will be the main attraction, the facility will also include a full bar, ping-pong tables, a party room for private events, and indoor and outdoor seating. While "food" is in the name, there is no kitchen on site; instead, Brown is partnering with two neighboring businesses in the Mission Commons Shopping Center: Marco's Pizza and Baskin Robbins. People "can either call in or order on the website and get pizza and ice cream," Brown explains. There will also be some prepared food available — a requirement for Pickleball Food Pub's liquor license.

And the bar is what Brown hopes will be a real draw, even in the summer. He'd been considering opening an indoor pickleball facility for years. While playing the game, he'd chat with other players about the idea and ask if they'd participate. "Most people would say, 'Yeah, in the winter," Brown says. "So I'd say, 'What if I have a brewpub?' Now you got me."

The bar will have beer from nearby Liquid Mechanics Brewing Company alongside specialty drinks including, of course, pickle shots — which many people, particularly older people, enjoy because pickle juice is thought to help with cramps, Brown notes. "We don't recommend that you drink while you're playing," he adds. But he does hope that people will come down for a game after work and then stay for social time with fellow pickleball lovers.

Brown is also planning to have special nights that appeal to the wide age range of pickleball's audience. Weeknights will be dedicated to leagues, but weekends will be filled with specials for different groups. Friday will be date night, which he hopes will become a time to meet someone new, while Saturdays will be couples night. Sunday afternoons will be geared toward families, with kids under ten admitted free and complimentary clinics for young beginners.

After the Westminster Pickleball Food Pub is up and running, Brown wants to add a second facility at South Chambers Road and Hampden Avenue in Aurora.

"It's just downright fun," Brown says of the sport he's come to love. And having more places to play it in metro Denver will mean more fun for all.
KEEP WESTWORD FREE... Since we started Westword, it has been defined as the free, independent voice of Denver, and we'd like to keep it that way. With local media under siege, it's more important than ever for us to rally support behind funding our local journalism. You can help by participating in our "I Support" program, allowing us to keep offering readers access to our incisive coverage of local news, food and culture with no paywalls.
Make a one-time donation today for as little as $1.