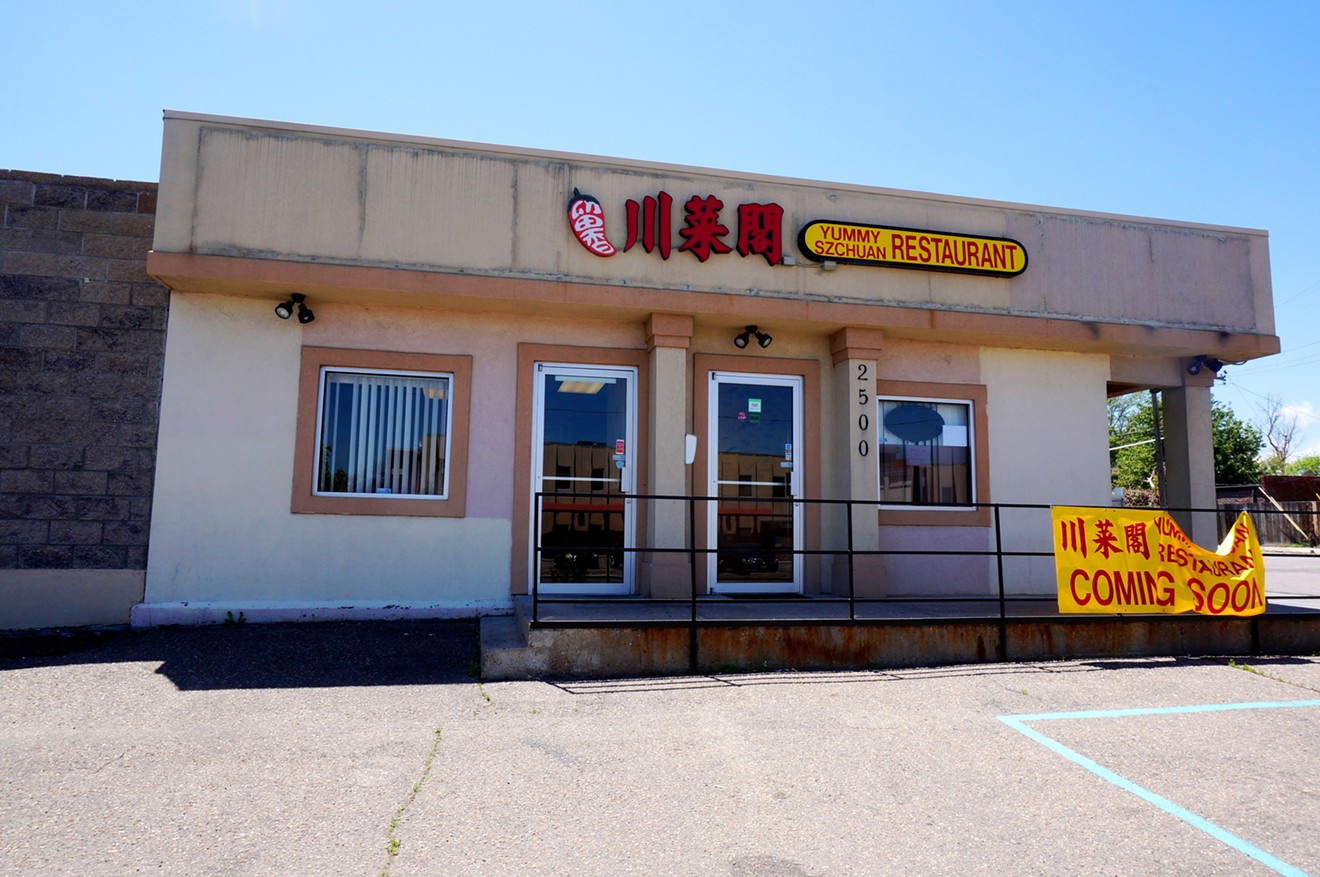 Yummy Szechuan will soon open in place of the now-shuttered JJ Chinese Seafood. Mark Antonation
JJ Chinese Seafood, at 2500 West Alameda Avenue, was once a go-to restaurant for Denver's off-duty chefs, a status it earned with its adventurous Cantonese menu, live seafood and relatively late hours that allowed many in the service industry to slip in for a meal before its midnight closing. But now JJ has closed, and a new sign is announcing that Yummy Szechuan Restaurant will soon take its place.

As it turns out, the Denver Department of Environmental Health closed JJ on May 3 for several critical violations; the place was cleared to reopen on May 12 after some deep cleaning — but it never did. Instead, new owners took over and are switching from Cantonese to Szechuan cuisine, a style that's becoming increasingly popular around town, with such recent additions as Szechuan Tasty House (1000 West Evans Avenue), Little Chengdu (8101 East Belleview Avenue) and Sunflower Asian Cafe (91 West Mineral Avenue in Littleton).

The new owners were in the process of doing even more cleaning when we stopped by earlier today; they indicated that Yummy Szechuan would be open for business within the next two weeks.

JJ Chinese Seafood opened on Alameda in 2007 after a move from 1048 South Federal Boulevard, where Hong Kong Barbecue now serves up its own version of Cantonese cooking.