Large Marge's Philly Cheesesteaks Closed in Wheat Ridge, but May Make a Comeback 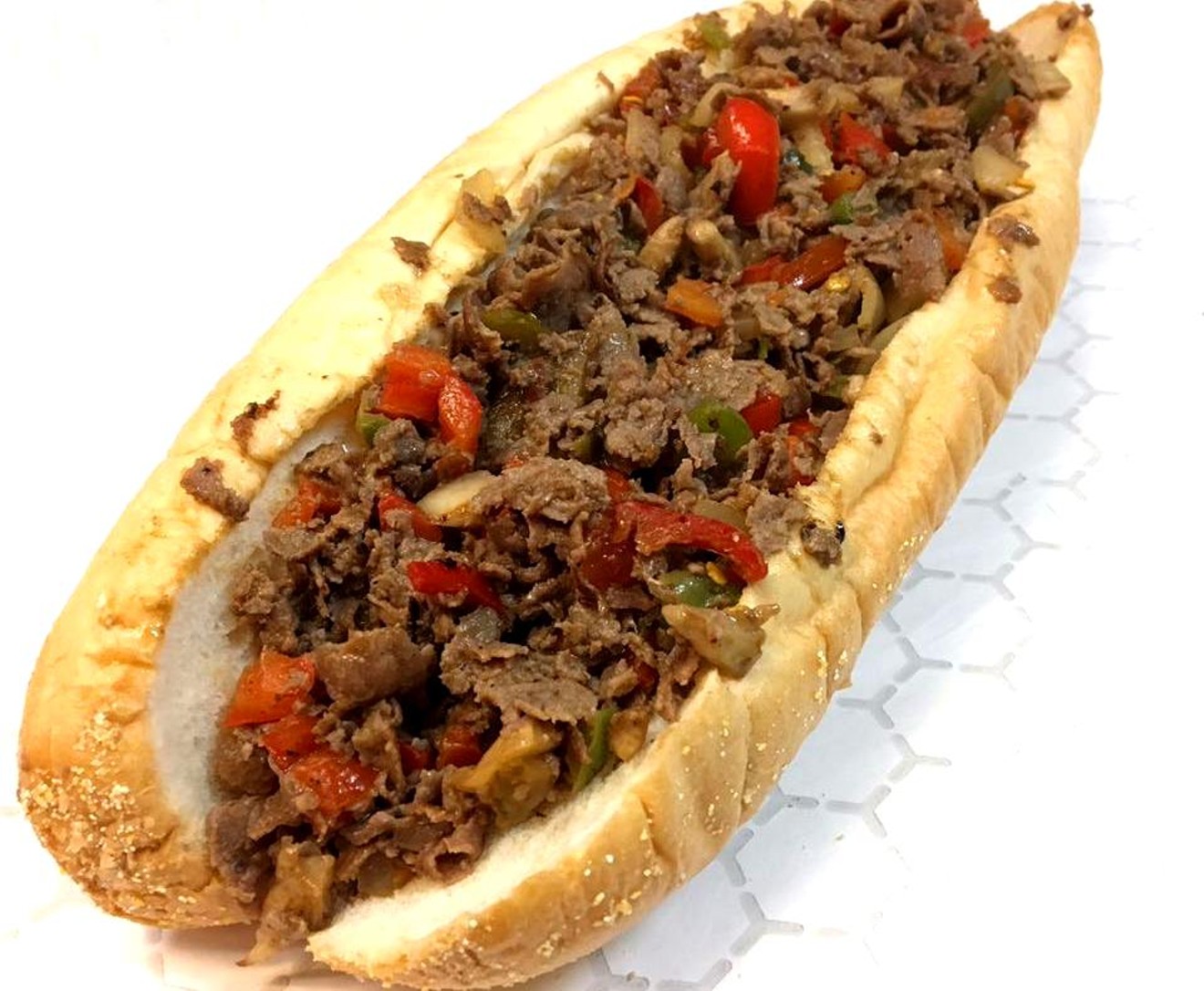 Large Marge's had a loyal following. Facebook/Large Marge's
"It's the same story you hear everywhere, about running out of employees," says Tyler Johnson, who owned Large Marge's Philly Cheesesteaks, at 3890 Kipling Street in Wheat Ridge, for a decade.

The sandwich shop, which was founded in 2006 by Marge Brown, closed in April, but not because of a lack of business. "It's almost become a problem for restaurants to be too busy," Johnson explains. "When you're busy and you don't have that extra person anymore, burnout becomes for real."

Large Marge's had a "super-solid" staff, Johnson continues, noting that his most recent hire had worked at the shop for five years. But "all of us were always there," he recalls. Then some employees got opportunities to move onward and upward in their careers, and Johnson himself was at a point where he was in need of a break to reset. "I have a four-year-old and a six-year-old, and I want to be around more for these memories," he says. "I just needed to shut everything down to re-prioritize."

Beyond serving people in the restaurant, Large Marge's also provided food at many events. In April 2020, early in the pandemic, the restaurant's van and trailer were stolen in the early-morning hours. Since all events had been canceled, Johnson had stored all of the off-site equipment in the trailer. The incident was a hit to the business, but Large Marge's stayed afloat for two more years, thanks in large part to its loyal customer base, "85 to 90 percent regulars," Johnson notes.

Following the shutdown of the eatery earlier this year, he continued to use the space to prep for the festivals he already had on the schedule. But the lease ended on November 30, and Johnson spent the last few days of the month moving out the rest of the equipment.

Though Large Marge's won't make a comeback in the same location, there is hope for Philly cheesesteak fans: Johnson plans to continue cooking at festivals, including the Wheat Ridge Carnation Festival next summer.

He is also hoping to bring on a co-owner with restaurant experience to help him open a new brick-and-mortar location in the area. "When you own the place, you're never really off work," he notes. "I'd like to partner up with someone so it doesn't all fall on me."

If everything works out, he's aiming to "be back in action" by next spring or summer, he says. But in the meantime, the hardest part of closing Large Marge's has been a feeling of guilt for the many regulars who can no longer visit the restaurant. "It's all love for all their support over the years," Johnson concludes.
KEEP WESTWORD FREE... Since we started Westword, it has been defined as the free, independent voice of Denver, and we'd like to keep it that way. With local media under siege, it's more important than ever for us to rally support behind funding our local journalism. You can help by participating in our "I Support" program, allowing us to keep offering readers access to our incisive coverage of local news, food and culture with no paywalls.
Make a one-time donation today for as little as $1.