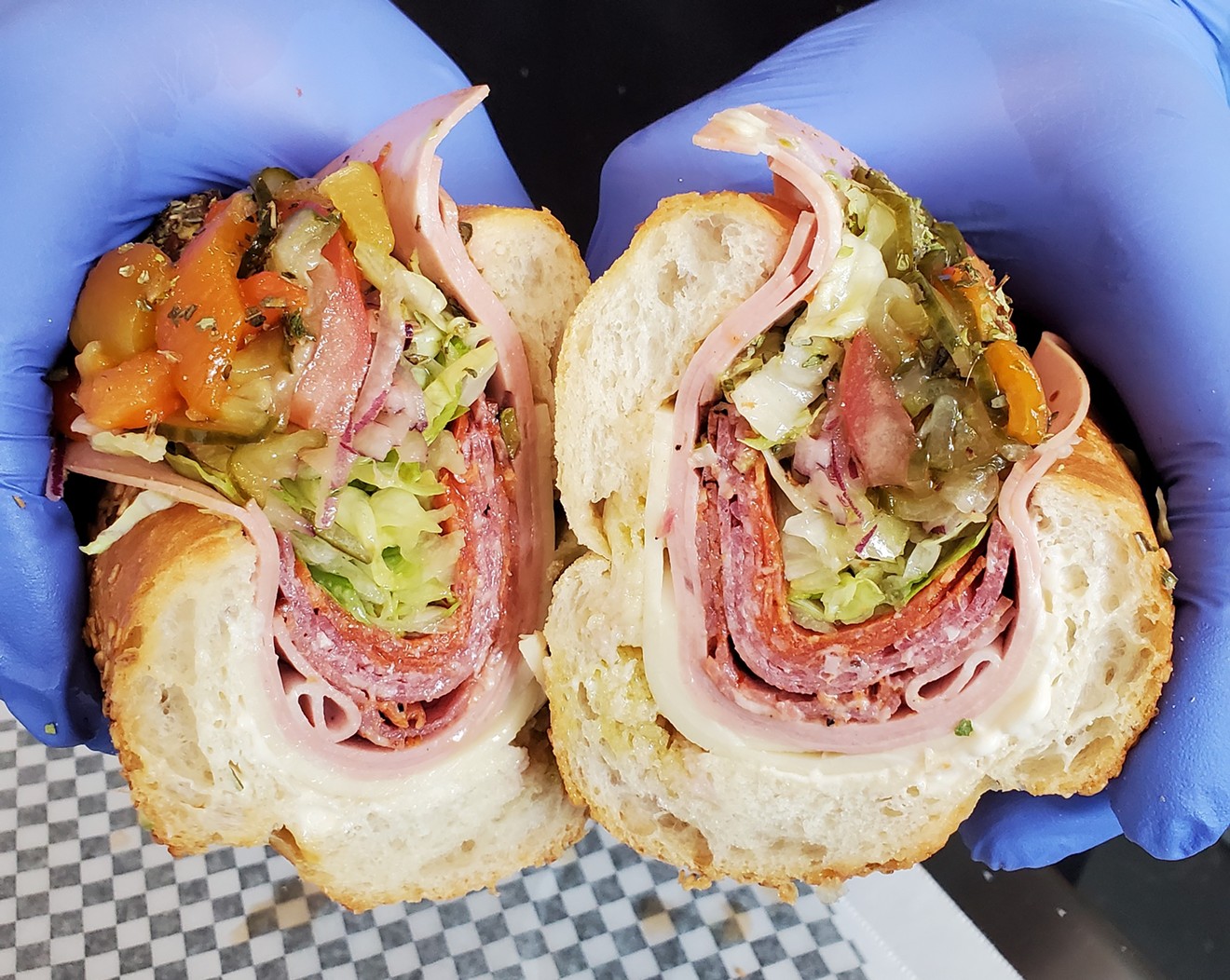 The classic Italian from Little Arthur's, fully loaded. Molly Martin
Some of the most interesting (and tasty) things happening in Denver's food scene right now are coming from creative entrepreneurs who've struck out on their own after years of working for others in hospitality.

That's the case for both AJ Shreffler, the man behind our 2022 Best Pop-Up pick, Little Arthur's Hoagies, and Allison Declercq's Funky Flame.

Shreffler's Philly-inspired hoagies have gained a cult following, especially since he left his job as sous chef at Bar Dough to focus on Little Arthur's full-time. His ultimate goal is to find a permanent space for the concept, but in the meantime, he's been slinging plenty of sandwiches. Most recently, he was regularly popping up at King of Wings in Wheat Ridge, but some new developments have led to a change in venue.

King of Wings has been closed since December following a kitchen fire, but owners Eddie Renshaw and Evan Pierce have been finding creative ways to use the space ever since, allowing pop-ups like Little Arthur's to cook outside while the King of Wings staff served brews inside. Renshaw and Pierce also started their own pop-up, Snipeburger — every Saturday, they've been selling thin, caramelized smash burgers cooked on a flat-top on the patio. But now, all the pop-ups are on pause — for a great reason.

After months of waiting on permitting, construction is beginning...and that means some of the best wings in Denver could soon be back. Renshaw says that he's hoping King of Wings will be able to fully reopen by September. 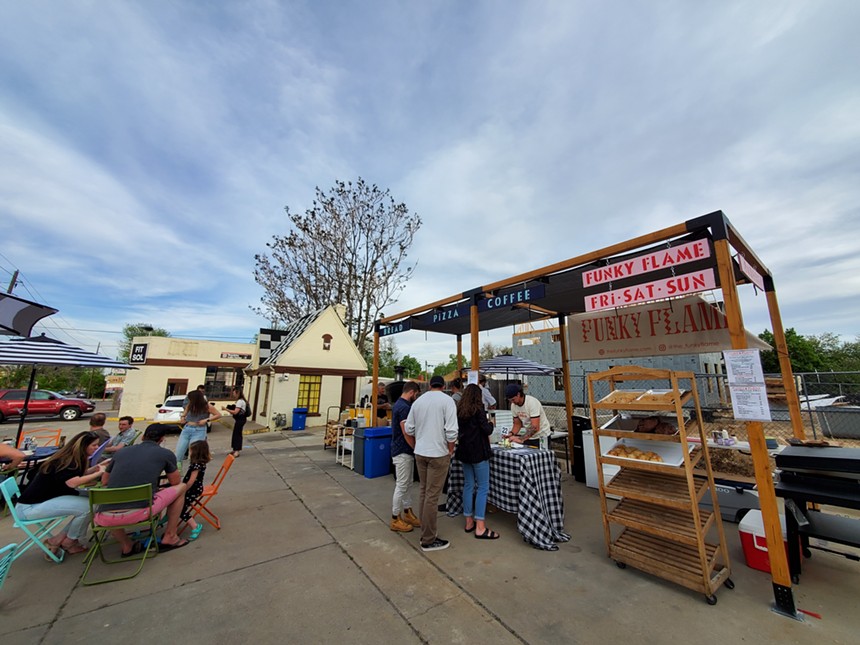 Funky Flame's new location at 44th and Zuni.
Molly Martin
This is also good news for the Sunnyside neighborhood, where Funky Flame recently debuted an outdoor setup at West 44th Avenue and Zuni Street, in the former Phillips Automotive parking lot, just a few blocks from its former home at the Radiator. Declercq founded Funky Flame after moving to Colorado in April 2020 and buying a bright-yellow, wood-fired oven on wheels; she started by selling loaves of sourdough to neighbors in December 2020, but just a year and a half later, she's grown the venture into a full-fledged business.

With tables set up with brightly colored chairs (which Declercq spray-painted herself) and shelves stocked with such baked goods as chocolate sourdough loaves, buttermilk biscuits, English muffins and brown butter chocolate chip cookies, Funky Flame's new outdoor eatery is a vibrant addition to the neighborhood. Open 8 a.m. to 8 p.m. on Friday and Saturday and 8 a.m. to 2 p.m. Sunday, it serves breakfast sandwiches and other surprises in the mornings and later transitions to pizza and small plates like oysters and cheesy garlic bread.

Starting July 25, it will also be the place to find Little Arthur's Hoagies. Shreffler just announced that he's launching a part-time residency at the location — though you'll have to follow Little Arthur's on Instagram to find out exactly when and how to score a hoagie.

Denver's hospitality community has really leaned into the spirit of collaboration since the pandemic, and this is just one more example of startups helping each other out while making Denver a more delicious place to eat for the rest of us.
KEEP WESTWORD FREE... Since we started Westword, it has been defined as the free, independent voice of Denver, and we'd like to keep it that way. With local media under siege, it's more important than ever for us to rally support behind funding our local journalism. You can help by participating in our "I Support" program, allowing us to keep offering readers access to our incisive coverage of local news, food and culture with no paywalls.
Make a one-time donation today for as little as $1.