Clark launched his small-town bakery and cafe at 641 Main Street in Louisville in 2015 after a career at Whole Foods and Izzio Bakery. It quickly gained a reputation as one of the best bakeries in the state, garnering a James Beard award nomination in 2018. In 2020, it expanded, adding a second bakery in Boulder, and a third outpost in Lyons last year. But Andy’s impact on the community reached much farther than his business.

On November 8, as news spread about his passing, crowds of people came to the downtown Louisville Moxie location to mourn. Former employees that he undoubtedly inspired, friends and family, farmers he had worked with, and loyal patrons all gathered in shock. Clark was well known for his philanthropic actions and passion for making some of the best bread and pastries in Colorado.

The Marshall fire on December 30, 2021, devastated the Louisville and Superior area, leaving many without homes. It was a dark day for Boulder County, but Clark was a beacon of light. Firing up his mobile oven, he cooked free pizzas for many of the families that had been impacted. Mourners brought flowers and cards to Moxie's Louisville location.
Dustin Bailey
During the pandemic, when seemingly everyone attempted to become a home baker, shelves at major grocery stores were empty and flour was impossible to find. But the hyper-local model of Moxie's suppliers meant it had an abundance of locally grown flour, cornmeal, spelt flour and sourdough starter available. If someone gave you a loaf of bread in Boulder during the pandemic, there's a solid chance the ingredients for it came from Moxie.

To me, this was a pivotal moment for the local food movement. Clark was on to something huge. When national supply chains came to a halt, the cracks in our transportation-dependent food system were immediately apparent. By creating unbelievable pastries and breads, Clark highlighted the incredible ingredients coming right from our backyard in Colorado. He primarily sourced from local farmers and dozens of artisanal producers all over Colorado, and partnered with local heirloom crop caretakers like the MASA Seed Foundation, because he knew the importance of those strong connections.

While running my own business in Boulder, I reached out to Clark to see if he would partner with me so I could sell his popular baked goods. My intent was to help as many local producers as possible during the pandemic, but to my surprise, Clark said, “We’re actually doing really well. However, I do know of a few other incredible bakeries in Denver that are struggling to keep a solid customer base. I’ll connect you.” A note left at Moxie in Louisville.
Dustin Bailey
One of the most meaningful things he said to me was, “If a local food system is going to work, we have to stick together. There’s no need for sour competition. If another local bakery succeeds, I never see that as a problem for my business. It’s customer buy-in to high-quality ingredients and food that matters.”

So instead of partnering with me, he connected me with Rebel Bread and Reunion Bread Co, and then proceeded to give me all of Moxie’s day-old loaves for months to give to my customers for free. That’s just the type of person that Andy Clark was; someone who fostered great relationships with customers, inspiring countless people along the way. There are so many that will miss his jokes, his fight against the eroding sense of community, and the wisdom he brought to organizations like the Colorado Grain Chain and Mad Agriculture.

It's rare, these days, to see this level of productive passion toward something so wholesome. For many, Clark was a huge source of inspiration for food, philosophy and community. During the sad periods of the pandemic, you could walk through various neighborhoods in Boulder around sunset and find Clark with his mobile pizza oven, sparking block parties and creating connections among neighbors that we desperately needed during such isolating times, fueled by pies made with his signature dough and sourdough starter.

We will miss the laughs in the kitchen, admire the work he built, and continue to support his mission of high-quality food with a focus on our community.
KEEP WESTWORD FREE... Since we started Westword, it has been defined as the free, independent voice of Denver, and we'd like to keep it that way. With local media under siege, it's more important than ever for us to rally support behind funding our local journalism. You can help by participating in our "I Support" program, allowing us to keep offering readers access to our incisive coverage of local news, food and culture with no paywalls.
Make a one-time donation today for as little as $1. 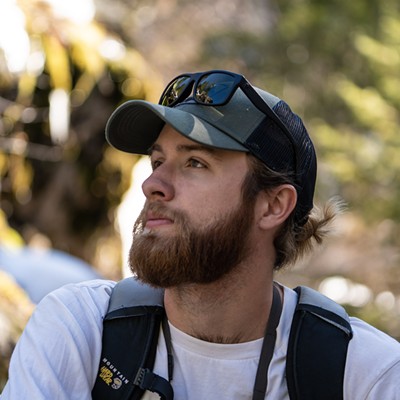