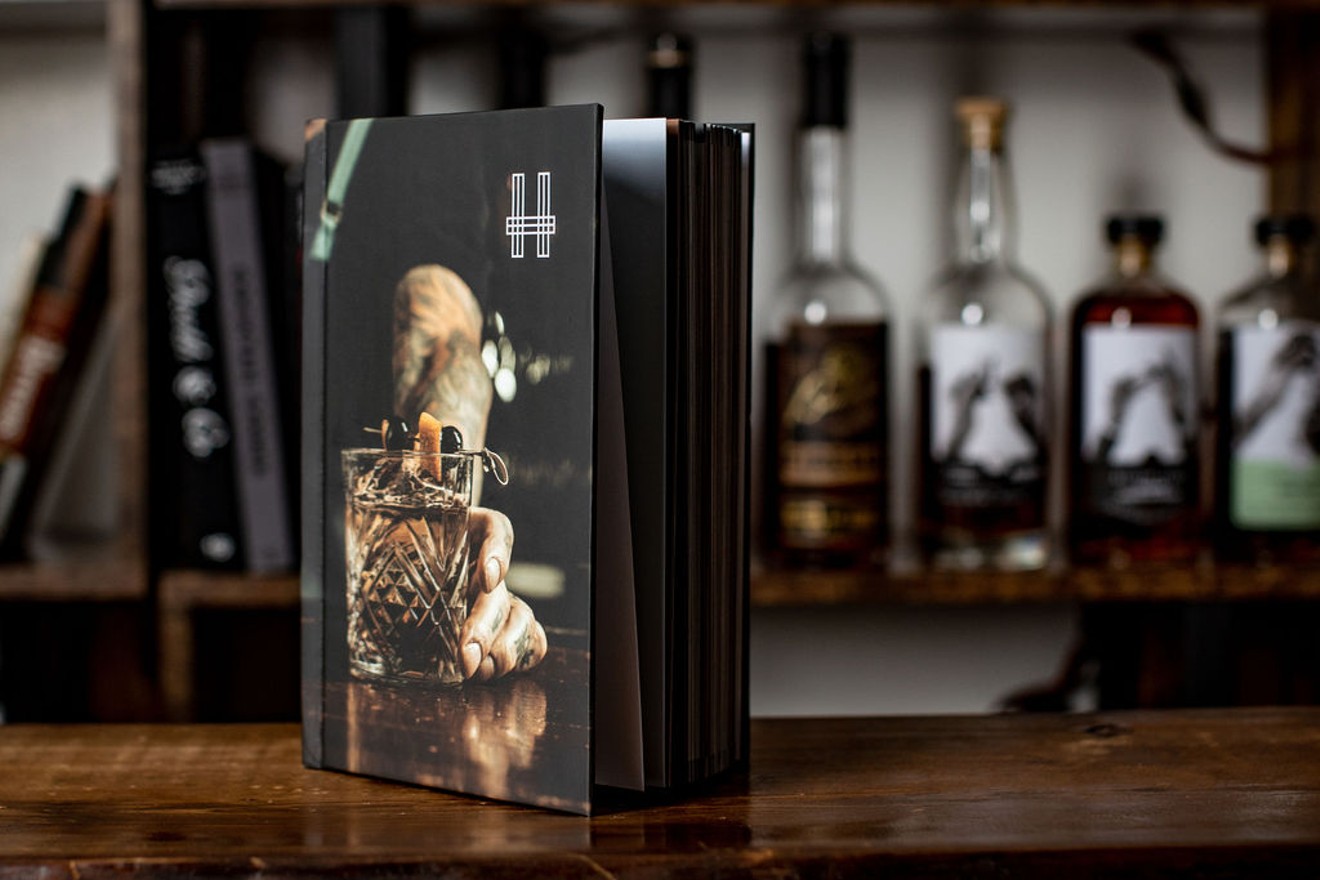 Pick up a copy of this unique drinks and food book from some of the city's best venues. The Happy Hour Handbook

Although we can't head to the bar for happy hour right now, we can create our own happy hour at home with the new Happy Hour Handbook, a compilation of appetizer and cocktail recipes from Denver bartenders and chefs. And while you're making yourself happy with all the good eats and drinks, you'll make all of the contributing establishments happy, too, because proceeds from book sales go back to the contributing bars.

"It's brutal right now, especially for cocktail bars, since they don't have outside seating, or a restaurant with a stable ability to do to-go orders," says Fiona Arnold, co-owner of Room for Milly (which is temporarily closed for just this reason), Blue Sparrow Coffee and Queens Eleven. "It's time we take care of the industry. ... I think everyone is trying to do their part, and this is just one more way to do that."

The book came together in just a few weeks, says Arnold, who got the idea after ordering some crowdsourced books to help out industry people in Australia, her home country. She figured the same sort of medium would work in Denver, so she contacted some of the city's top bars and restaurants to see who wanted in on the project and could get together cocktail and appetizer recipes quickly. She also contacted photographer Andi Whiskey to take the photos, and within thirty days, the dishes and drinks had been tested, finalized and shot.

"It was a big ask to have them do it, and while they will get a little bit of money, it will clearly will not turn the tide," says Arnold, who adds that she suspects more people would have signed on if they'd had more time. "But I think they wanted to do it to uplift the industry, and every piece of this book shows how much [people in] this industry support each other." “We were approached about this unique opportunity and were thrilled when both Ace Eat Serve and Steuben’s were selected to participate," says Josh Wolkon, founder of Secret Sauce Food & Beverage. "We selected the recipes based on guest favorites at both Ace and Steuben’s, plus dishes and drinks readers can make at home if they’re not able to join us."

There are sixteen bar and restaurants in the recipe book, all with at least one cocktail and many with appetizers, as well. There's also a large section that's a tutorial on how to set up your own home bar. Written by Arnold's business partner, Jeffery Knott, this section explains different mixing and bar techniques so you can do it home. It also covers the tools you might want and where to purchase them.

The Happy Hour Handbook is available for purchase online now at happyhrhandbook.com, and if you need a little visual inspiration, follow @happyhrhandbook on Instagram for daily photos. Pre-order sales run through the end of tomorrow (Wednesday, November 25) with prices at $36 for the hardcover or $29.99 for paperback. Starting November 26, direct sales open and prices go up to $49 for hardcover and $39.95 for paperback. The books will be available for pick-up in mid-December, with the exact date and location to be announced.
KEEP WESTWORD FREE... Since we started Westword, it has been defined as the free, independent voice of Denver, and we'd like to keep it that way. With local media under siege, it's more important than ever for us to rally support behind funding our local journalism. You can help by participating in our "I Support" program, allowing us to keep offering readers access to our incisive coverage of local news, food and culture with no paywalls.
Make a one-time donation today for as little as $1.