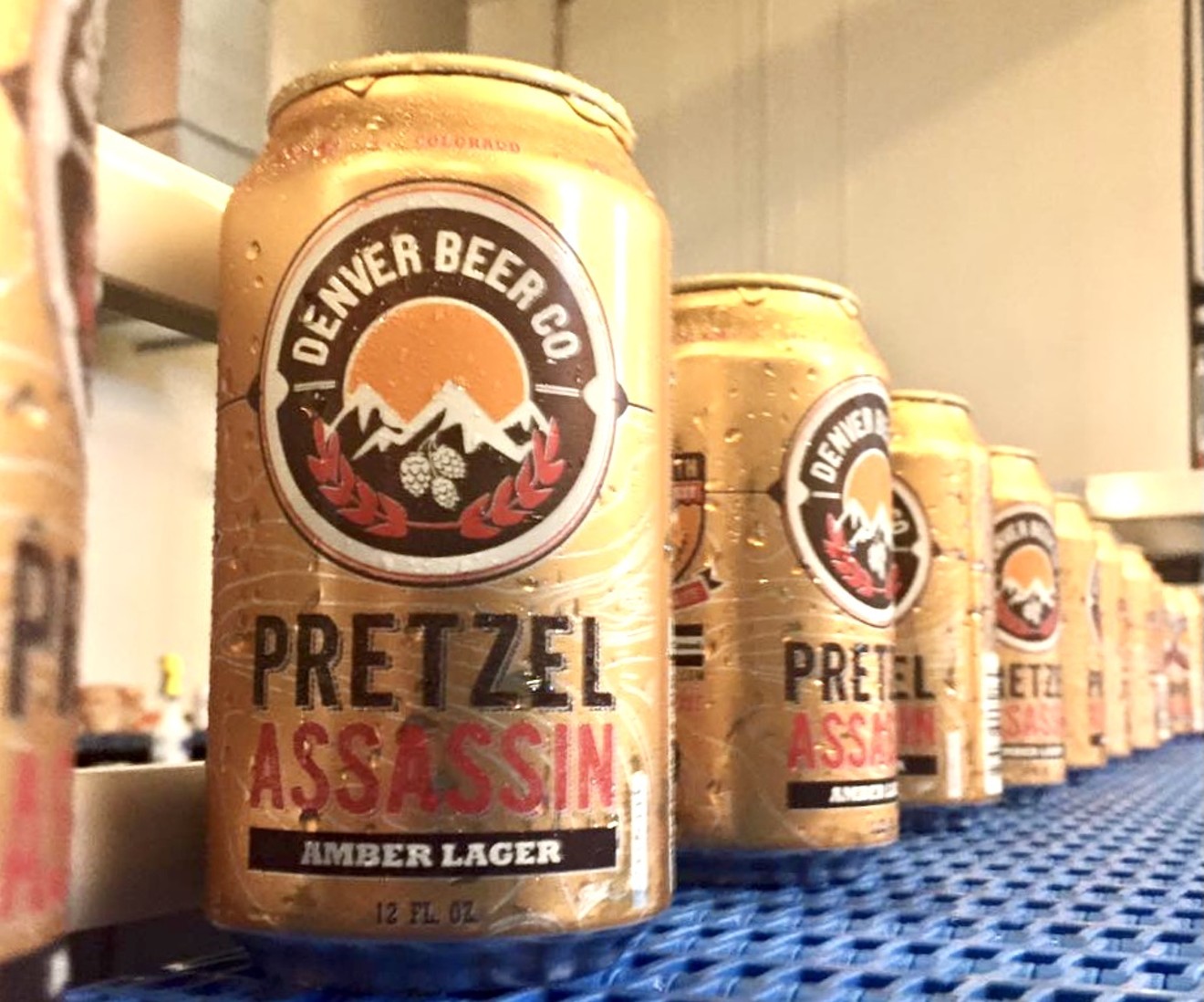 Denver Beer Co.
These days, you can get a beer made with just about any ingredient. Count Chocula cereal and Pop Tarts? Check. Ramen and taco seasoning? Check. Brownie batter, Twinkies and bull testicles? Check, check, check and, um, check.

Ironically, there have been very few beers brewed with pretzels (a Strange Craft Beer Company special during the Great American Beer Festival comes to mind). Perhaps because pretzels are traditionally served alongside beers — sometimes on necklaces — rather than in them. Or maybe we just hadn't got there yet.

And in all honesty, I have happily (and occasionally not so happily) imbibed many of the above beers, and even ordered or opened a second one. Little did I know where this would end.

On Tuesday, Denver Beer Co. announced that it has changed the name of its Pretzel Assassin Amber Lager to Denver Gold. It's the same beer, brewed with Munich and caramel malts, and it has the same label on the can.

So why the change? "There isn't too much there beyond the fact that an annoying amount of people assumed it was brewed with pretzels," explains DBC co-owner Charlie Berger. But in fact, "No pretzels were harmed in the making of this beer. We can't emphasize this enough."

In other words, it was us. We assassinated Pretzel Assassin.

Normally, a name change wouldn't be a big deal, but Pretzel Assassin was one of the most delightful beer names in all of Colorado. Creative, evocative and funny, it stood out by showing you what the beer could do rather than telling you what it was. In addition to winning awards for quality, it was also named to this list of funny names — and this one, as well.

Hopefully, Denver Beer Co. keeps it around in some form — though I hope they don't add pretzels.
KEEP WESTWORD FREE... Since we started Westword, it has been defined as the free, independent voice of Denver, and we'd like to keep it that way. With local media under siege, it's more important than ever for us to rally support behind funding our local journalism. You can help by participating in our "I Support" program, allowing us to keep offering readers access to our incisive coverage of local news, food and culture with no paywalls.
Make a one-time donation today for as little as $1.