Chains Are Not Immune: Public School 303 and Village Tavern Close 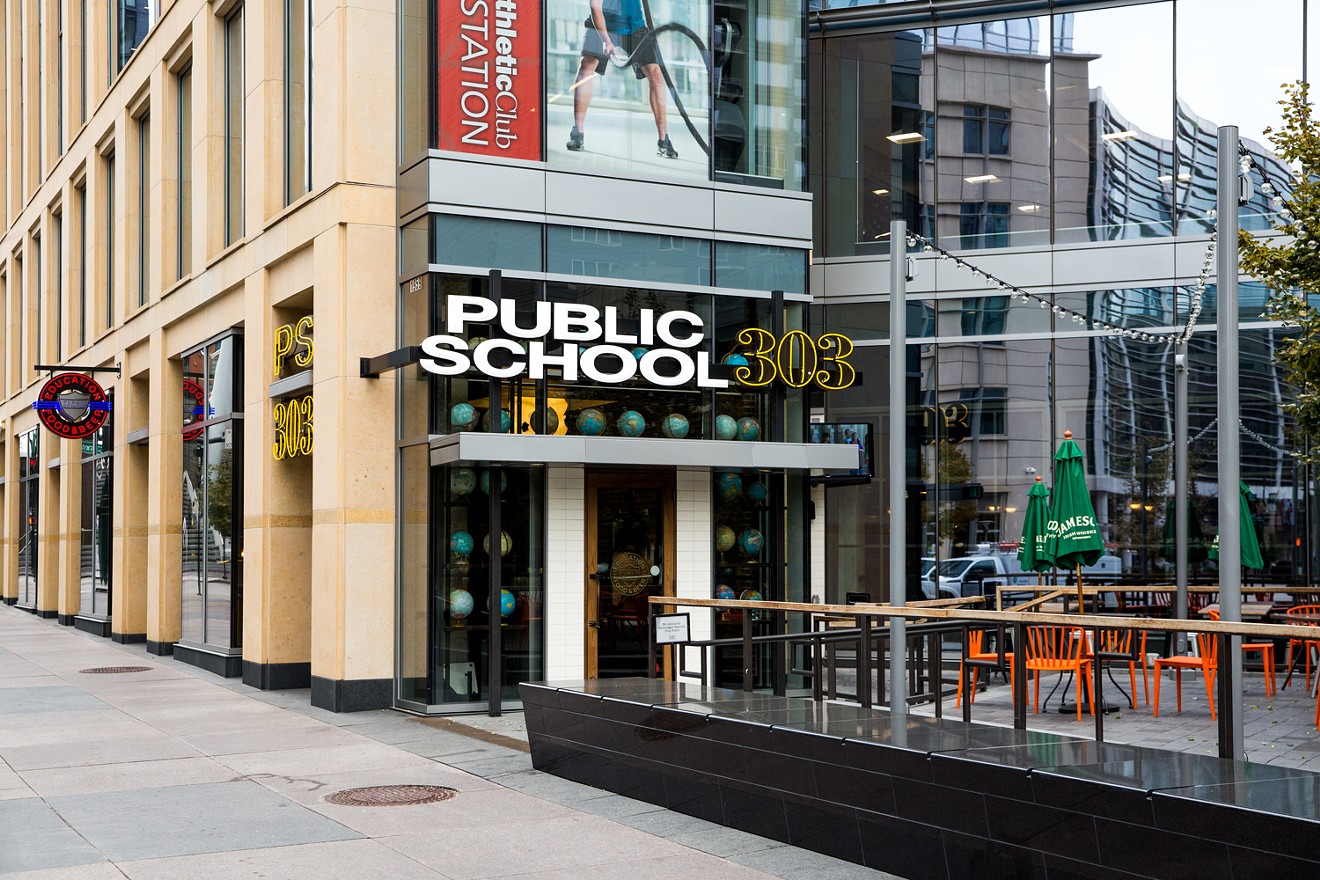 Public School 303 had reopened but is now closed again. Danielle Lirette
There is often safety in numbers, unless it's during a pandemic, and then all bets are off. Independently owned restaurants in metro Denver have been calling it quits because there's just no money to be made while dining rooms are restricted to 50 percent capacity — or less, in many cases — and other revenue generators such as catering, large business orders and private dining have dried up, too.

But chains are also throwing in the towel. Village Tavern, at 1 West Flat Iron Crossing Drive in Broomfield, closed over the weekend, posting this note on the restaurant's Facebook page:

The Covid-19 pandemic and the Governor’s forced closure of restaurants have been devastating to our business and to the lives of our people. These catastrophic events have left us with no other option. After 20 incredible years in Broomfield, CO, it is with a heavy heart that we have decided to close our Village Tavern Broomfield doors. We are grateful for everyone’s support for our restaurant and will cherish the memories. We’ll miss serving this community.

The company was founded in Winston-Salem, North Carolina, in 1984 and had operated eight locations in five states.

In downtown Denver, Public School 303 has closed at 1959 16th Street. The restaurant opened in October 2016 in a new section of offices and apartment buildings behind Union Station, taking a chance in an area with no track record for attracting restaurant guests. In 2019, the company added its Daily Grill concept next door at 1607 Wewatta Street, which is also now closed.

The websites for both PS 303 and the Daily Grill state that they are temporarily closed "due to current dining capacity restrictions," leaving the possibility of reopening on the table. Both restaurants had reopened for dine-in guests after on-premises dining restrictions were lifted by Governor Jared Polis on May 27. The California-based restaurant group had operated eight Public School eateries (one is permanently closed and two are temporarily closed) and thirteen Daily Grill outposts, of which about half are still open. Of the temporarily closed locations, Denver's are the only ones that specifically state "dining capacity restrictions" as the reason.
KEEP WESTWORD FREE... Since we started Westword, it has been defined as the free, independent voice of Denver, and we'd like to keep it that way. With local media under siege, it's more important than ever for us to rally support behind funding our local journalism. You can help by participating in our "I Support" program, allowing us to keep offering readers access to our incisive coverage of local news, food and culture with no paywalls.
Make a one-time donation today for as little as $1.