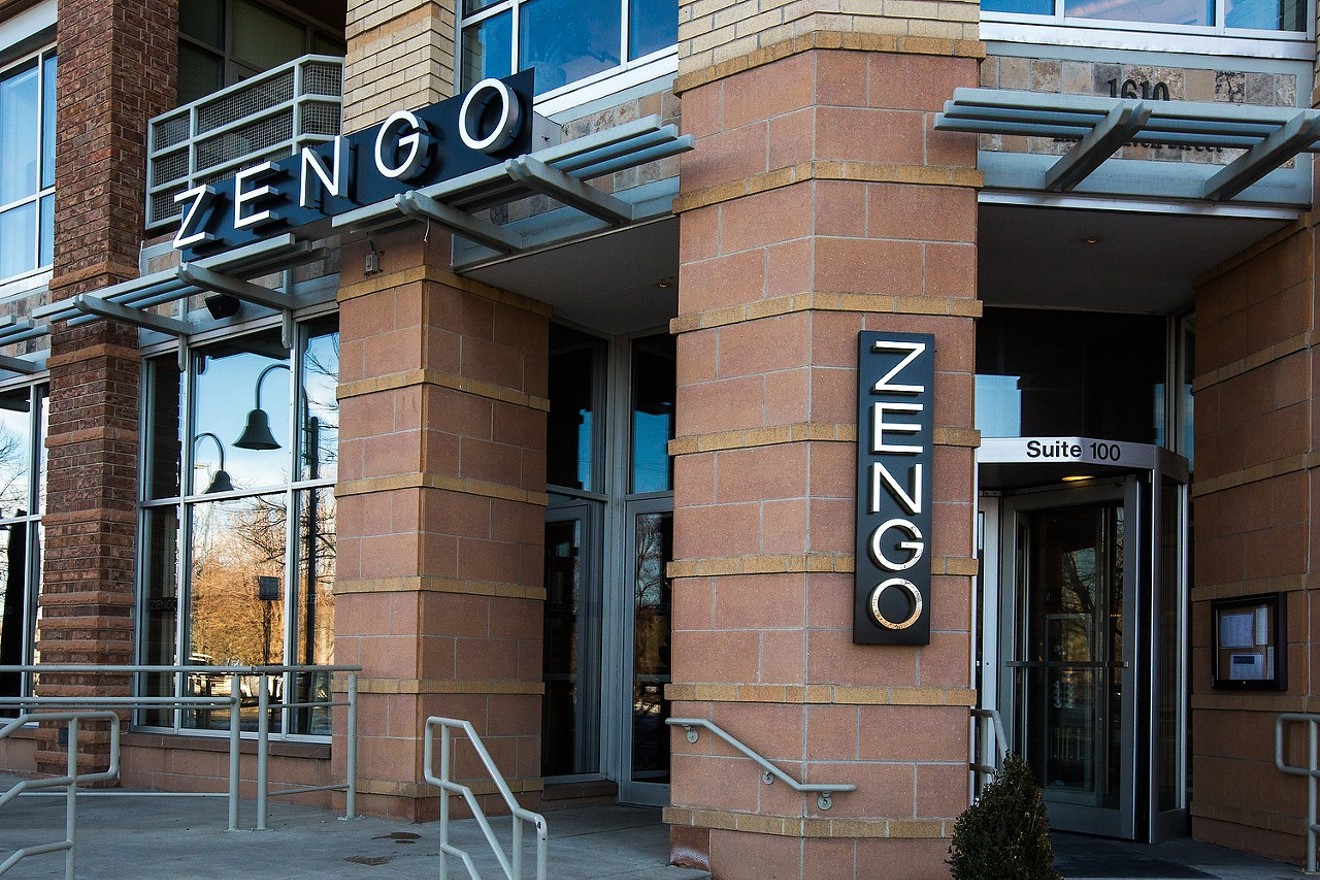 Over the past decade, Riverfront Park has grown up around Zengo. Danielle Lirette
Update — Friday, May 5: Richard Sandoval's restaurant group sent out a statement about the closing today, explaining that employees at Zengo and La Güera have been given the opportunity to work at the group's other restaurants in the area. "I know these closings come as a shock to all, and are not the reason that I, or many of us are in the hospitality industry," Sandoval said in the statement. "One thing that I do find some comfort in, is the fact that we have other restaurant locations in the Denver area, and the door is wide open for our staff, most of which have already relocated to our other local locations.”

Original Post:
Chef/restaurateur Richard Sandoval opened his first Denver restaurant, Tamayo, on Larimer Square in 2001. He followed soon after with Zengo in 2004, on a brand-new plaza at 16th and Little Raven streets. Back then, the place was packed nightly, even though the Riverfront Park neighborhood was new and there wasn't much else around to attract diners and nightlife-seekers. The loungey vibe and inventive menu combined to be enough of a draw on their own. But as competition grew (and continues to blossom) on nearby streets, Zengo struggled to keep pace, changing its menu, its decor and its attached bar — most recently, La Güera — several times. And now both Zengo and La Güera have closed.

Employees of the conjoined spaces received an e-mail last night letting them know that their places of employment were closing immediately. Calls to Zengo went unanswered but provided no additional information in the recorded message.

Zengo received a complete overhaul last October, and then later that month, the space next door that had been La Biblioteca and Al Lado became La Güera, serving cantina fare and beers from Crazy Mountain Brewing. Despite the complete switchover to a pan-Asian menu that came with the interior renovation, Zengo failed to impress our restaurant critic, Gretchen Kurtz.

Sandoval operates several other restaurants in Colorado, including two outposts of La Sandia in metro Denver, Venga Venga in Snowmass Village, and Maya in Avon. Whether this is Sandoval's curtain call at the address or whether he's got something new in mind for the now-vacant restaurant space remains to be seen.