"We started planning location two in 2017," says co-founder and CEO Michael Memsic. "We got really close on a location in Denver, and I got cold feet right at the finish line during lease negotiations. We pulled back out of that project; it was too expensive and too competitive in that area. So we hit the brakes, went back to the books and said that coming out of 2019, that 2020 will be the year for location two." And while COVID derailed the 2020 plans, Memsic and his team restarted the hunt for location two in the fall of 2021.

The search landed in Englewood, where the brewery signed the lease for a 4,800-square-foot space in April; construction began in late July. One important feature for any potential taproom was that it had a substantial patio, says Memsic. The new location fulfills that requirement, with roughly 2,500 square feet of usable outdoor space. Memsic says there are plans to potentially increase that by another 1,000 square feet down the line.

The Englewood space will also have a kitchen, run fully by a partner group that is set to be announced in the near future. Memsic says that it was important to partner up with restaurant professionals in order to provide a stronger overall offering from day one. There will also be a coffee component to the space. 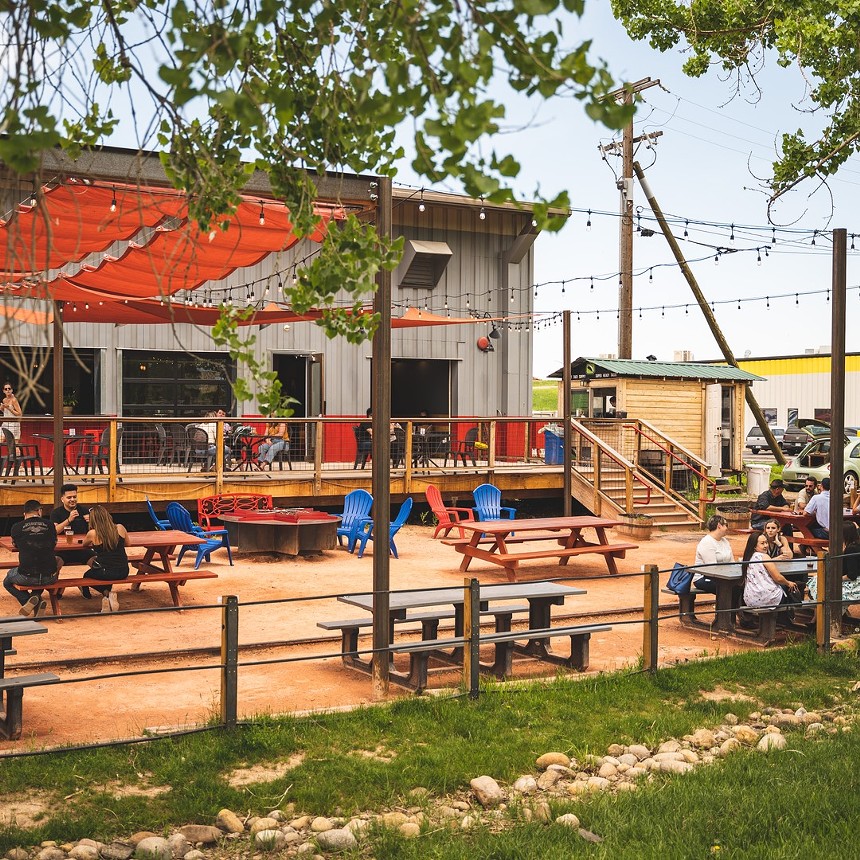 Sanitas wants to make sure any future spaces have ample outdoor space like the original Boulder space.
Sanitas Brewing
The second location has a small, 3.5 barrel brewhouse that will be helmed by Scott Clutter, who has been with Sanitas for about a year and a half as a brewer at its Boulder location. Memsic says that the brewery will take on Clutter's personality and style, offering unique small batch beers. The second location will also serve as R&D for the main location in Boulder, which will continue to be the primary production and packaging facility.

There is a strong charitable component to the beers as well. "We try to do things that are specific community drivers locally, as well as larger things [like water] that impact us locally," says Memsic. The brewery already has a core beer, Everyday Mountain Pils, that helps support Boulder Open Space Conservancy. "They take care of open space," says Memsic. "A lot of time and energy goes to Mount Sanitas, and that's important to us."

Another charitable beer is the recent Earl's Out, a collaboration with DV8 Distillery. It was brewed specifically for Big Queer Beerfest with some proceeds supporting Out Boulder, an organization that works to ensure LGBTQ+ people and communities thrive in Boulder. Memsic says that the beer was such a hit at the fest and in the taproom, that it was a no-brainer to brew it again. Earl's Out takes inspiration from DV8's Earl Grey Vodka and combines it with Sanitas' fruited sour beer prowess. The result is an earl grey, lemon sour beer. Memsic is excited to continue these types of beers at the Englewood location. 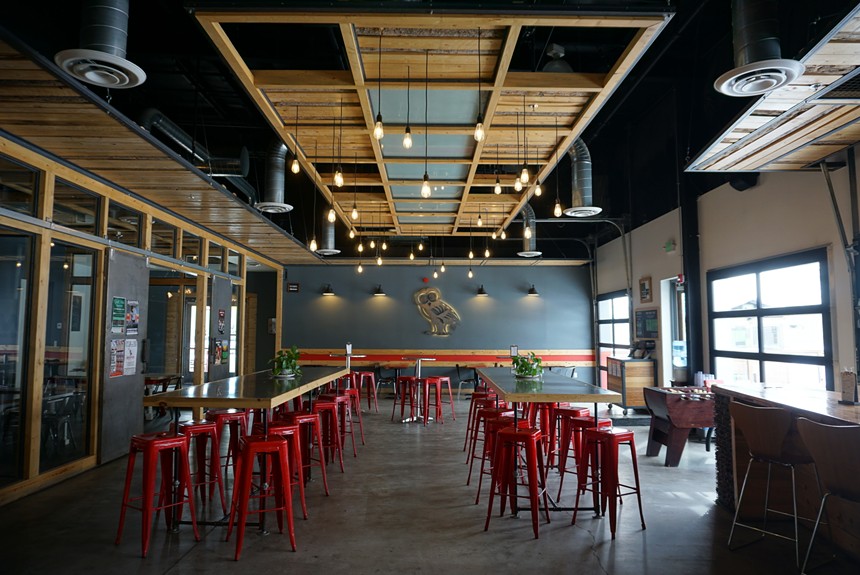 Sanitas Brewing in Boulder.
Sanitas Brewing
Sanitas plans to continue to grow beyond the second location, as well. Memsic says that the company would like to open a new taproom every 12-24 months in the future. "Our search radius is throughout the west," he notes. "We're looking up and down the Front Range and throughout Colorado, as well as Montana, Idaho, Wyoming, Arizona and New Mexico."

Sanitas opened in 2013 with the goal of becoming a major regional brewery. "Our vision was to fill semis with cans and ship them all over the country," recalls Memsic. "We were going to chase the likes of Odell, Avery, New Belgium and Oskar Blues." At that time, there were only about 1,200 breweries in the United States.

With close to 10,000 today, Memsic believes that the dynamic has completely shifted. "It took us a while to really learn that and then look inwards and figure out [our identity]," he says. "It really comes back to our taproom; it's our number one strength. There's an overall feeling that we're driving the community, we can talk about the stories of the beer, the beer has a charitable component. That feels good and our bartenders get excited about that."
KEEP WESTWORD FREE... Since we started Westword, it has been defined as the free, independent voice of Denver, and we'd like to keep it that way. With local media under siege, it's more important than ever for us to rally support behind funding our local journalism. You can help by participating in our "I Support" program, allowing us to keep offering readers access to our incisive coverage of local news, food and culture with no paywalls.
Make a one-time donation today for as little as $1.