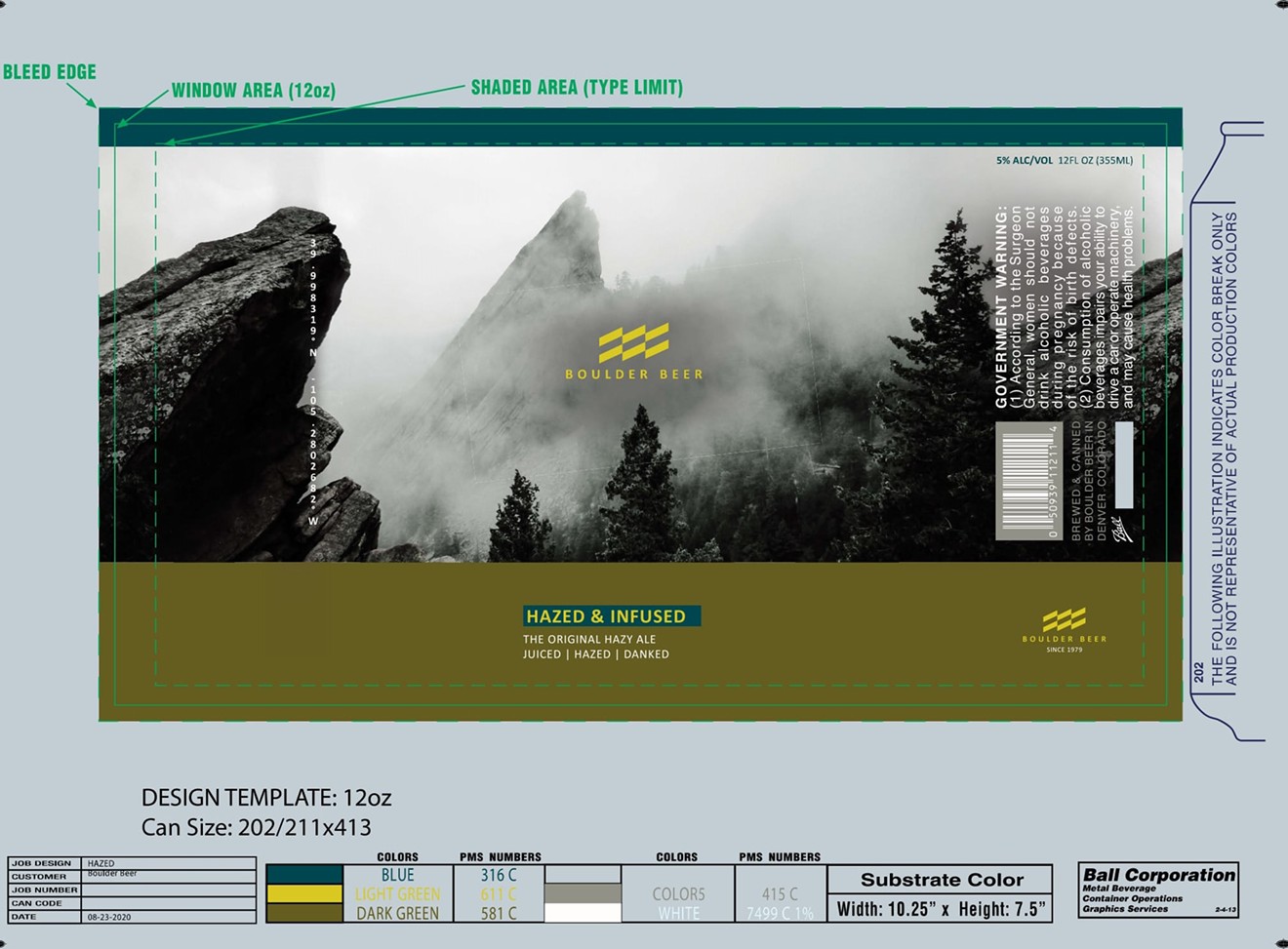 Alcohol Tobacco Tax & Trade Bureau
Boulder Beer Company shocked Colorado just over a year ago by closing its taproom, laying off its entire staff and ending its forty-year legacy as the state's oldest craft brewery. But a handful of the brewery's most iconic beer brands have lived on, thanks to a contract brewery in Denver, which had agreed in late 2019 to brew, package and distribute those beer for Boulder Beer's majority owner, Gina Day.

Now that company, Sleeping Giant Brewing, is ready to unveil a major rebranding of those beers, along with some name changes, a dramatic new look and a handful of recipe adjustments.

"Right away when we took over, we said we were going to do this, that Boulder Beer was due for a refresh," says Sleeping Giant founder and president Matthew Osterman. "We wanted to put our stamp on it." 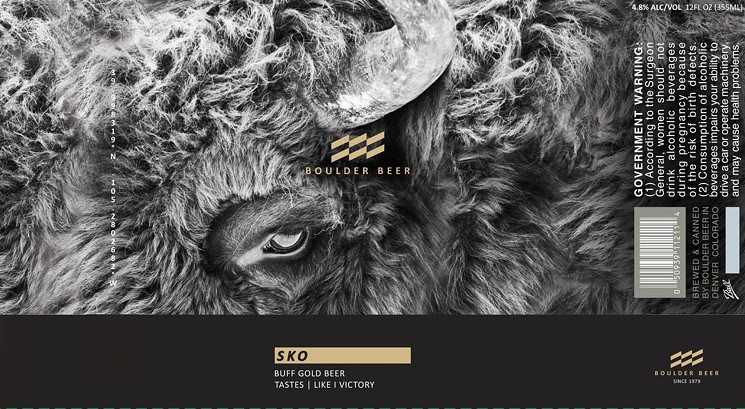 Alcohol Tobacco Tax & Trade Bureau
After tumultuous changes at Boulder Beer itself, Osterman also wanted to prove to wholesalers, liquor stores and consumers that he was committed to keeping beers like Mojo, Hazed and Shake on shelves.

“Matt and his team have the flexibility to create and build new recipes and build new brands, so as far as I see it, this is his brand, he’s the one creating, doing, and orchestrating," Day wrote in a statement. “We do still stay in communication...because we are partners. Matt touches base every couple of weeks and has hosted our former brewmaster, David Zuckerman, to taste through some of the beers, but he’s doing all the heavy lifting.”

The changes begin with the look. Gone are Boulder Beer's painting-like images and labels — replaced by stark black-and-white photos featuring prominent Boulder landmarks on the cans. Each will identify the GPS coordinates where the photo was taken and credit the different photographers. "We don't know of anyone else who is doing black and white like this," Osterman says, adding that he wanted the cans to radiate authenticity.

These are Boulder Beer's old labels.
Boulder Beer Company
Sleeping Giant will brew four of Boulder Beer's mainstays (it has decided not to brew any seasonals for now) and will introduce a new one, as well. But some of the names and recipes have changed. Here is the rundown:

Hazed & Infused, featuring a photo of the Flatirons, returns with a new tagline — "the original hazy ale" — that plays both on the criticism Boulder Beer faced in its early years for making beers with a hazy look rather a clear appearance, and on the popularity today of hazy, New England-style IPAs. And the recipe "got the biggest makeover," Osterman says, both in terms of its look (more hazy) and updated hop profile.

Mojo is now Mojo High Altitude IPA, and the cans have a photo of the Sunrise Amphitheater located on Flagstaff Mountain. Mojo will also taste a little different, with a more contemporary malt and hops bill. 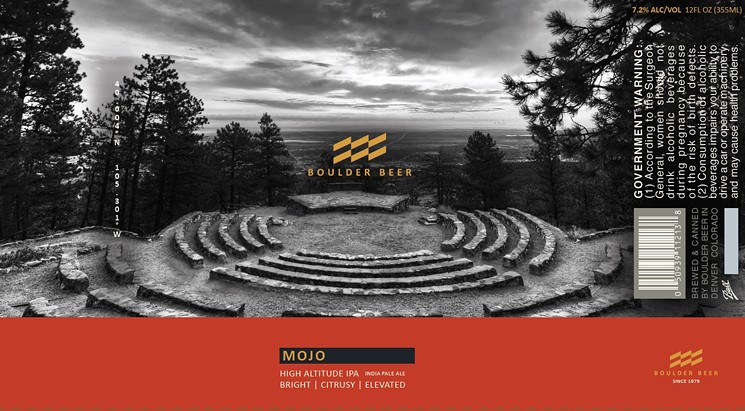 Alcohol Tobacco Tax & Trade Bureau
Buffalo Gold, an extremely light ale that dates back to 1989, still highlights a bison on the label but received a complete name change, to SKO Buff Gold Beer; "Sko!" is short for "Let's Go!" and is a favorite cheer of University of Colorado Buffaloes sports fans cheering for their teams. Now brewed with a lager yeast, SKO is slightly more hoppy than before but still appropriate for pounding at a tailgate party, Osterman points out.

Alcohol Tobacco Tax & Trade Bureau
And finally, Bubbly by Nature is a brand-new IPA that Sleeping Giant will produce. Osterman describes it as "an intersection of lager, hard seltzer and IPA. It's very unusual in that it's really a blend of all three styles. Made with both grain and dextrose, it gets all of its fruit flavors from hops rather than flavoring or fruit.

The labels were designed by Greg Owsley, who served as the brand manager for New Belgium Brewing for fifteen years before leaving in 2011 to start his own Fort Collins firm, the Storied Brand, which has done work for Firestone Walker, Troegs Brewing and Stumptown Coffee Roasters, among others. Sales and marketing will be handled by Stem Ciders, which already has a sophisticated network in place.

The beers in their new cans should start to show up on Colorado stores shelves this month.
KEEP WESTWORD FREE... Since we started Westword, it has been defined as the free, independent voice of Denver, and we'd like to keep it that way. With local media under siege, it's more important than ever for us to rally support behind funding our local journalism. You can help by participating in our "I Support" program, allowing us to keep offering readers access to our incisive coverage of local news, food and culture with no paywalls.
Make a one-time donation today for as little as $1.