Glo introduced this new kimchi ramen in December. Glo Noodle House/Instagram
Monday mornings are tough, but this series isn't. Social Sightings is a quick taste of recent food tidbits that goes down as easy as your first cup of coffee, and should whet your appetite for the week ahead.

The longer the cold weather sticks around, the more soups we crave. Currently, ramen is top of mind, and fortunately, Denver's got a solid ramen scene with tons of choices, from the traditional to the unexpected. Glo Noodle House, one of our picks for the ten best new restaurants that opened in 2022, added a new ramen option to its menu in December: kimchi Shoyu with a pork and kimchi broth, as well as confit bacon, ground pork, onsen egg, green onion, bean sprouts, black garlic oil and crispy shallot.
Instagram: @glodenver Ronin Lowry/Instagram
Ronin Lowry (and its sister restaurants in the Highland and Congress Park neighborhoods) might be known for superior sushi, but it also serves up two standout bowls of ramen: tonkotsu with pork belly and wood ear mushrooms, and the mushroom-heavy san-kinoko, with roasted maitakes, grilled portobellos and pickled criminis.
Instagram: @roninlowry 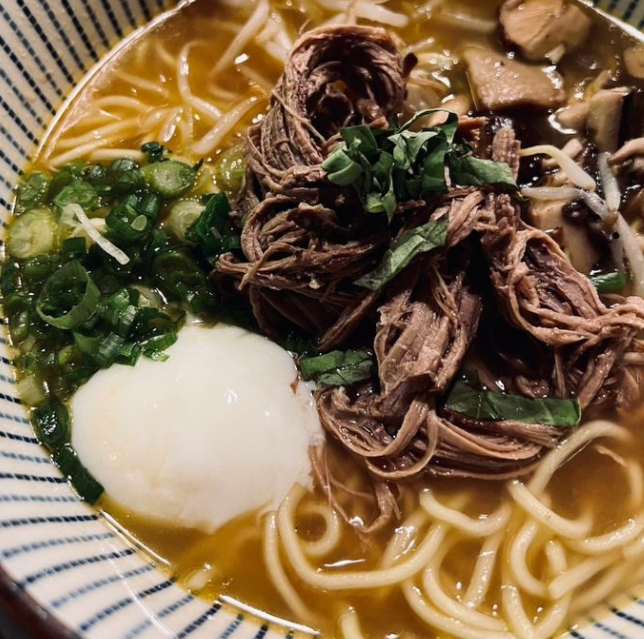 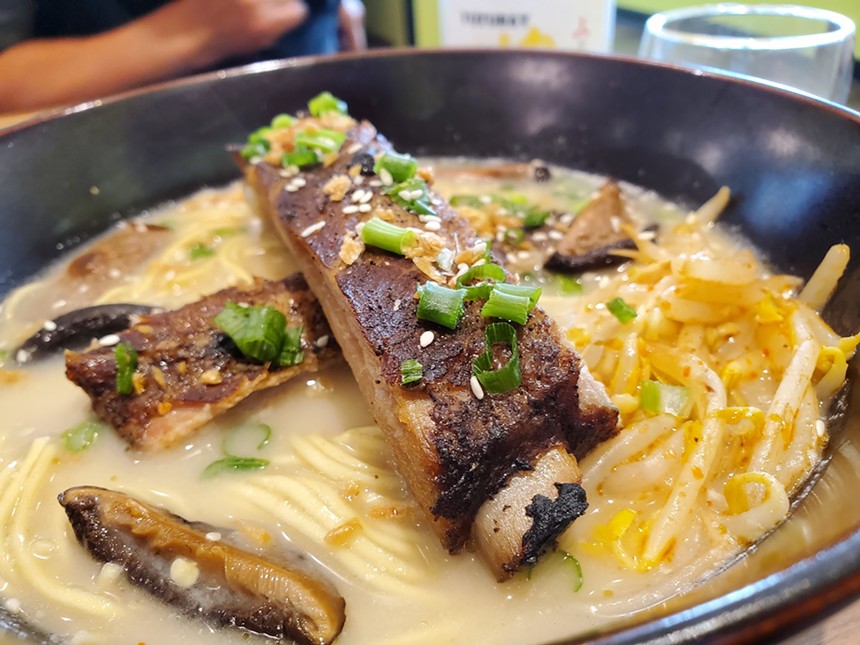 Molly Martin
It's been three months since we got a first taste of chef Edwin Zoe's 16th Street Mall eatery Dragonfly Noodle, but we're still thinking about one of its many ramen selections, which comes with two tender ribs perched atop a tangle of fresh, bouncy noodles in a tonkotsu broth. The smokiness isn't overwhelming; while it doesn't taste like you're eating a barbecue/ramen mashup, the smoke does add an unexpected twist to the dish.
Instagram: @dragonflynoodle
KEEP WESTWORD FREE... Since we started Westword, it has been defined as the free, independent voice of Denver, and we'd like to keep it that way. With local media under siege, it's more important than ever for us to rally support behind funding our local journalism. You can help by participating in our "I Support" program, allowing us to keep offering readers access to our incisive coverage of local news, food and culture with no paywalls.
Make a one-time donation today for as little as $1.